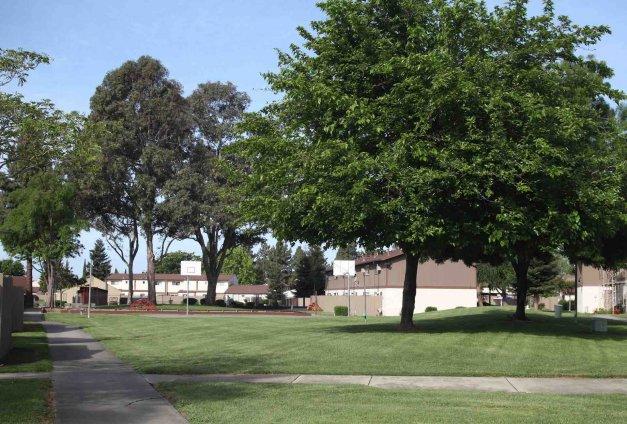 The City of Fairfield won the Award of Excellence in the Housing Programs and Innovation category of the 2016 Helen Putnam Award for Excellence program. For more about the award program, visit www.helenputnam.org.

The quality of life for residents of Parkway Gardens, a private 240-unit condominium community, and the neighboring area declined significantly over several years prior to 2013. Residents didn’t feel safe. The complex had deteriorated, and serious crime reached a disproportionate level.

In 2013, Parkway Gardens was plagued with shootings, illegal drug sales and the traffic that accompanies such activity. Fairfield is located on the I-80 corridor between San Francisco and Sacramento, and Parkway Gardens was becoming a magnet for regional crime. Calls for police service to Parkway Gardens averaged 2.55 per unit during 2013, compared with the rest of Fairfield, which averaged 1.66 calls per household.

Contributing Causes of the Decline

Renters occupied 70 percent of the complex, which suffered from inattention from absentee landlords. The Homeowners Association (HOA) board of directors had collapsed, and Parkway Gardens lacked adequate property management. These deficiencies contributed to a lack of enforcement of the HOA’s conditions, covenants and restrictions for the units. About half of the owners owed a total of $500,000 in outstanding dues to the HOA. Most of the HOA board of directors had quit, and the remaining two were suing each other over control of the HOA.

Residents in the complex displayed little interest in their surroundings, and the quality of life was highly compromised for residents and the surrounding community.

In an unprecedented move, the City of Fairfield took action to help Parkway Gardens owners use the courts to effect change.

The city intervened in the HOA lawsuit on the grounds that dysfunctional management of the HOA posed a substantial threat to the health and safety of Parkway Gardens residents, the surrounding community and the entire city.

The city convinced the parties in the lawsuit to participate in mediation and brokered an agreement under which the city and an attorney, hired by one of the parties, would select a receiver, hire a qualified property manager and seat a functional HOA board.

“Although we could not find much precedent to guide us, we knew we had to act,” says Toussaint S. Bailey, deputy city attorney for the City of Fairfield.

In December 2014, the city and the designated attorney identified a professional receiver, who hired a reputable property management company. With the support of the city, changes began to occur.

“I’m really proud of the creative thinking from our legal team and the hundreds of staff hours from multiple departments that transformed this area,” says City Manager David White.

City department staff met extensively with the receiver and select members of the Parkway Gardens community to identify challenges and actions that would address the ongoing problems, with the goal of improving the quality of life for residents. As a result of these discussions, the city:

Simultaneously, the receiver and management company took complementary actions by: 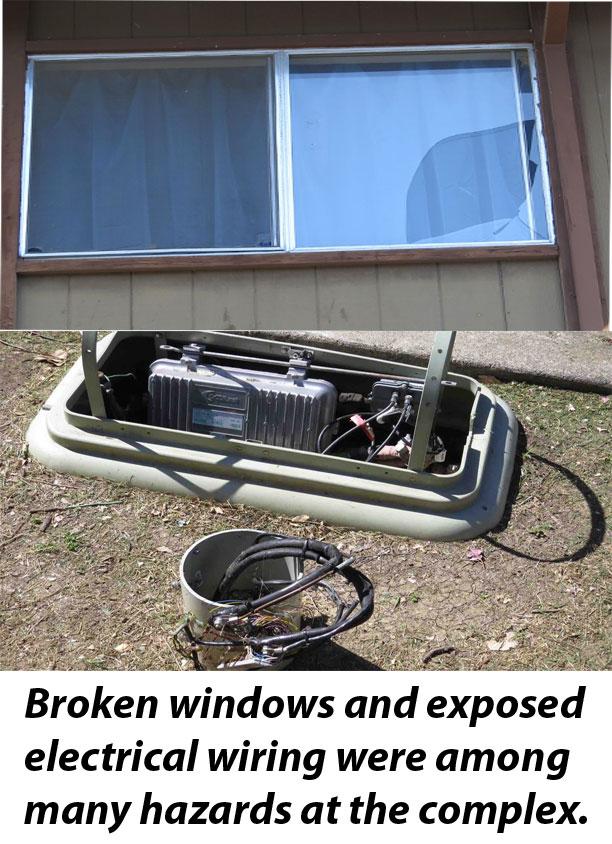 Turning the Community Around

Over a period of two years, with the city’s support and a Community Development Block Grant investment of $104,000, Parkway Gardens made enormous improvements in the physical property and the quality of the residents’ lives. Residents and owners applauded the substantial, positive changes to their physical surroundings, the reductions in nonresident traffic and timely property repairs.

The community pool, which had been a hub for spirited gatherings and fun before conditions at the complex declined, reopened in summer 2015, and Parkway Gardens collaborated with a community-based organization to launch an after-school program in the complex’s community room.

“I honor the homeowners who had the courage and tenacity to work with the city on rebuilding the entire structure of their homeowners group to bring back law and order and recreate a vibrant community,” says Laura Snideman, assistant city manager of Fairfield. “This was not glamourous work!”

A stable HOA board of directors and a responsive property manager now operate Parkway Gardens and hold owners accountable for managing their units responsibly. If standards remain unmet, owners are fined. The HOA has authority to evict renters if they repeatedly ignore the rules of the complex.

Fairfield Chief of Police Joe Allio says, “What happened and continues to happen at Parkway Gardens is a noteworthy example of community-oriented policing.”

Property values in Parkway Gardens nearly doubled in one year, compared with the community average increase of 10 percent. Calls for police services have declined by 35 percent, and serious crime has decreased by 80 percent, compared with citywide serious crime that is down by 10 percent. The positive changes at Parkway Gardens have drastically reduced the complex’s former drain on city resources.

“With our collective focus on the quality of life for all, these transformative actions helped us forge a route to ensuring a safe, livable community,” says Dawn La Bar, a member of Fairfield’s Quality of Life Task Force.

As one homeowner says, “Children are playing outside again at Parkway Gardens.”

Photo credit: Courtesy of the City of Fairfield (all photos)