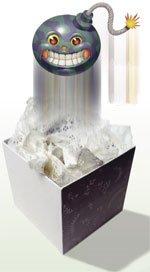 Our agency recently was criticized in the press because our elected officials receive season tickets to our local sports venue, which our agency owns but is operated by a private contractor. No laws have been broken because the operator of the facility provides these passes to the agency. Our attorney has advised us this means that the passes do not need to be reported under the gift rules and are not subject to the gift limits. This explanation did not satisfy the press.

Our insistence that such practices are entirely proper has prompted the local newspaper to launch an investigation of all benefits local officials and staff receive from the agency. The reporter wants to know what kinds of “special perks” officials and employees receive, including free or reduced rates at agency facilities and exemptions from rules with which the public must comply. This is uncomfortable because our agency does try to boost staff morale with certain perks, and we recognize our elected officials do not receive nearly enough compensation for the many hours they devote to serving the community. Are we missing something here?

You may be. It can be risky for public officials to use compliance with ethics laws as the sole measure of whether a practice is OK. The law creates only minimum standards for public official behavior. Just because a given course of action is legal doesn’t mean that it is ethical — or that the public will perceive it as such. Even though the practice of giving local officials season passes to the local facility doesn’t violate the law, that should not be the end of your analysis.

All public officials are stewards of the public’s trust and confidence. This means that you need to do two things. You need to satisfy yourself that it is appropriate for elected officials to receive the passes. Then you need to think about the public’s perception of whether such a practice is acceptable.

We agree with you that elected officials typically invest many hours in service to their community for which they usually are not adequately compensated. In 1835, Alexis de Tocqueville observed in his book Democracy in America that:

In general, democracy gives largely to the community, and very sparingly to those who govern it. The reverse is the case in aristocratic countries, where the money of the State is expended to the profit of the persons who are at the head of affairs.

The public and the press can be very skeptical of efforts that appear to augment that compensation through special perks.

This skepticism may lead the public (or other would-be facility operators) to perceive the season passes as a way of currying favor with the agency; for example, to maximize the likelihood that the operator’s contract will be renewed on favorable terms. Could the public perceive that staff’s distribution of the passes to elected officials is a way for staff to gain favor with those officials?

What is the value of the season pass? If it’s substantial and/or the operator provides such passes to many local agencies, the public might feel that they as ticket purchasers are being asked to subsidize elected officials’ free attendance. This can foster resentment, particularly if the cost of such a pass is out of reach to a significant segment of the community. They may feel that the purpose of the facility is to benefit the public as a whole and that it isn’t fair for local officials to not have to pay the same rates the public does to enjoy the facility.

The public might also question whether local officials will be as aggressive in exercising oversight of the facility if 1) they don’t have to pay the cost of entry for events, and 2) they are receiving special favors from the operator. The public might conclude that this is exactly what motivated the operator to provide the passes in the first place.

The next step to ask is, if such questions are raised by the media or public, does the agency have good answers for them? The key is to analyze how the practice serves the public’s interests as opposed to the personal interests of the officials receiving the passes. Is there a credible argument that attending events at the facility is a way for public officials to monitor facility management? Are the passes given to the officials with that understanding? Is there a record of issues being identified and acted upon? Is providing the passes the best way to monitor performance?

If the agency feels the practice is justified by the public interest, will the agency have an effective means of communicating these answers? There are a number of local officials who complain they just can’t get a fair shake from certain local reporters. If this tends to be the case in your community, perhaps the safest approach is to avoid providing the media with fodder in the first place.

If you aren’t convinced you would have satisfying reasons for a practice or the means of effectively communicating those reasons, it might be wise to ask whether the benefits of the passes to the elected officials are worth the costs. Will the elected officials resent being put in the position of having to defend the practice? Is there a better use to which the passes could be put or should the passes just be declined?

The Issue of Special Treatment for Staff and Officials

What about the issue of perks in general? Again the issue is one of public perception and, possibly, community standards.

For example, the public might judge an incentive-based program for employees more favorably than other kinds of perks programs, particularly if the program is publicly acknowledged. If the agency has an employee-of-the-month program that rewards stellar performance with a special benefit, the public might conclude that it is benefiting from incentives for employees to perform well on the job.

In fact, that’s a useful question to ask internally about any perks program: What are the demonstrable benefits to the public of the program? Considering this issue up front when providing perks can be a useful strategy, given that this is the fundamental question the public is likely to ask.

Say, for example, one of the perks your agency offers is a free round of golf each month to its greenskeepers. It may be possible to demonstrate to the public that allowing the greenskeepers to play the course helps them know how to better maintain it. And, of course, the public may evaluate a free monthly round of golf at its expense differently than unlimited rounds of golf for greenskeepers or other employees who do not have responsibilities related to the course. The fair market value of the freebie may also affect the public’s perception.

It is always risky to exempt insiders from regulations that an agency expects the public to comply with. The public might perceive it as hypocritical or unfair — either of which undermines the perceived legitimacy of the regulation and those doing the regulating.

The transparency with which the agency confers perks may also play a role in the public’s perception. Going back to the employee-of-the-month example, publicizing the recognition programs and its rewards (as well as the nature of performance itself) lets the public know about the program and provides the opportunity to express any concerns. It also suggests the agency has nothing to hide. There is a big difference between how the public perceives an officially approved organization policy to reward good performers and the informal distribution of tickets and other perks.

The notion of transparency underlies one of the questions one can usefully ask oneself in evaluating a given action or practice. It’s known as the “newspaper test.” If you are uncomfortable with the newspaper knowing and publishing information about certain agency practices, it’s time to re-evaluate those practices (or not engage in them in the first place). In other words, if you aren’t comfortable reading about something in the newspaper, don’t do it.

But This Seems So Rigid, Ungracious and Righteous …

The fishbowl aspect of trying to support and encourage elected officials and staff in a public agency certainly can be frustrating. This is the reality and the challenge of public service. The public has the right to hold its institutions and those that serve in them accountable at any given time for any given practice. And, as de Tocqueville’s observations suggest, there is something fundamental to the democratic psyche that makes perks for public officials a potentially risky practice from a public relations perspective.

This column is a service of the Institute for Local Government (ILG) Ethics Project, which offers resources for local officials on public service ethics. For more information, visit www.ca-ilg.org/trust. ILG thanks Don Blubaugh, Jan Perkins, Kevin Duggan and Martha Perego, who contributed to this article.

At its March 8, 2007, meeting, the state’s Fair Political Practices Commission (FPPC) considered revisions to the Political Reform Act regulation (Section 18944.2) related to the circumstances under which a gift can be treated as a bona fide gift to a public agency. The FPPC held the issue over for further discussion and review, because there may be some room for abuse in the area of gifts to agencies being used to circumvent limitations on gifts to specific officials.

The support of these benefactors enables the Institute for Local Government to continue its efforts to promote ethics in public service.

This article appears in the April 2007 issue of Western City
Did you like what you read here? Subscribe to Western City