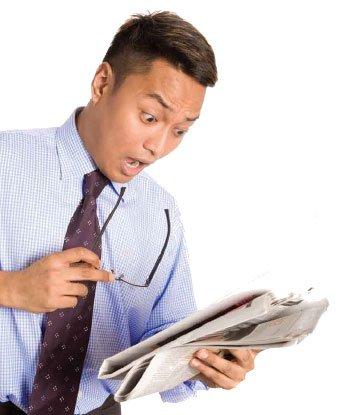 As a public agency attorney, I have conversations with clients about how ethics laws apply in a given situation. Sometimes a proposed course of action may be allowed under the law and yet it’s a really bad idea in terms of how it is likely to be perceived by the community. At other times, a public official will consult me on issues that are more ethical than legal.

It would be helpful to have a resource I can share with clients that might help them analyze such situations. Can you help?

Many resources are available to help local officials sort through ethics issues. For example, the website “good reads” (www.goodreads.com) lists 2,561 books on ethics. The Institute for Local Government (ILG) also offers tips on how public officials can use values-based analysis to work through ethical dilemmas in Understanding the Basics of Public Service Ethics: Promoting Personal and Organizational Ethics (www.ca-ilg.org/ppoe, pages 3–11).

Of course, not everyone has time or the inclination to read and mull the application of even one book on ethical decision-making or even the eight pages of ideas on values-based decision-making in ILG’s ethics booklet.

Under such circumstances, some local officials use what’s called the “front page” test. That test requires asking yourself: How would I feel if the course of action I am considering were reported on the front page of the local newspaper or blog? If you would be at all uncomfortable, the best course of action is not to do it — end of analysis.

The Whys of the Front Page Test

The front page test is analytically useful because it encourages a public official to think about how his or her actions might look to the outside world. People tend to rationalize their actions, usually by starting their analysis with what they want to do and then reasoning backward to justify that course of action. It’s a time-honored temptation. As founding father Benjamin Franklin wryly noted, “So convenient a thing it is to be a reasonable creature, since it enables one to find or make a reason for everything one has a mind to do.” In a similar vein, French philosopher Jean-Jacques Rousseau cautioned that “Nature never deceives us; it is always we who deceive ourselves.”

Of course, as a public servant, your actions and words are often subject to intense public scrutiny. Thus, a distinct possibility exists that the media and the public (particularly your critics) will scrutinize your actions.

However, even if the likelihood of scrutiny is slim or non-existent, the front page test is still a good one to use. As legendary basketball coach John Wooden observed, “The true test of a man’s character is what he does when no one is watching.”

Whether you are being watched or not, thinking about how the average constituent on the street will perceive your actions is a useful analysis. The question is whether that constituent will think you are doing the right thing as a public official. This doesn’t mean being a slave to public opinion; it may still be important to stand on principle.

When analyzing how a given course of action will look, count on the fact that most, if not virtually all, members of the community will lack some or all of the relevant information about the public official’s actions. In fact, there’s a strong likelihood the information the community receives — particularly if the information comes from a source other than the public official in question, such as the media — will be critical, incomplete, skewed and perhaps even inaccurate. For a course of action to comfortably pass the front page test, it needs to survive the community’s scrutiny even with incomplete or skewed information.

What are some of the elements that will factor into the community’s judgment? If the action involves spending the agency’s money, community members are likely to ask the question whether they feel that such an expenditure benefits them or not. A fair bet is the analysis will not include consideration of whether the official deserved whatever special benefit is in question. For better or worse, it is safest for public servants to assume that the prevailing community sentiment is that public officials don’t deserve special benefits. The American democratic tradition tends to reject actions that appear to set apart public officials from those they serve.

For other actions that tend to fare poorly in the court of public opinion, see “Situations Likely to Fail the Front Page Test.”

As part of the front page test, a good question to ask is whether you can give your harshest critic a straightforward explanation of why this was the right thing to do. In many cases, that explanation should include an analysis of how the action in question genuinely benefits and serves the interests of the community and how the action is part of a fair and transparent decision-making process.

Compliance With the Law Isn’t Enough

One of the explanations frequently offered by local officials under scrutiny is that what they did is legal or they received advice from agency counsel that it wasn’t illegal. This explanation answers the wrong question. Not being against the law generally just means that one won’t get jailed or fined for doing something. The question is whether the official is doing the right thing. This gets to the issue of what the public will conclude: that the official did what one ought to do in a given situation.

American critic and author Alfred Kazin once offered the sage advice that if you can’t explain what you’re doing in simple English, you’re probably doing something wrong. Being close to the line in terms of what’s legal or relying on what might be considered loopholes or technicalities usually can be difficult to explain in simple language.

Professing ignorance of the law is not likely to fly as an explanation either. Part of what most public officials offer to the public in campaigning for office is knowledge, and that’s also a big part of municipal staff’s brand.

There will always be critics and watchdogs. The task for the savvy and ethical public official is to make decisions in a way that maximizes the likelihood that the community will conclude the official is trying to do the right thing. That’s what the public expects from its public servants.

When one reads news accounts that are critical of a public official’s actions, certain themes emerge.

Graft. When a public official appears to be receiving extra financial or other benefits as a result of his or her public service, the perception can be that the official is in public service to feather his or her own nest instead of working for the benefit of the community.

Cronyism/Nepotism. When friends or family are involved in some way in one’s decisions as a public official, the perception can be that friends and family are receiving preferential treatment and decisions are based on favoritism as opposed to fair consideration of the merits.

Misuse of Public Resources. Public officials make decisions on how taxpayer and other public resources are used. Such uses must benefit the public, as opposed to the public official or special interests.

Other Forms of Special Treatment. When it appears that public officials (or their friends) are not subject to the same rules and burdens as everyone else, the public questions the fairness of the situation.

Quid Pro Quo. If it appears that a decision may have been the result of an “if you do this for me, I will do that for you” arrangement, the public also questions whether the decision is based on the public’s interests (for example, if a campaign contribution influenced a decision).

Secrecy. If decisions are not made in a way that appears open to public scrutiny, the default assumption is that there is something to hide.

On Leadership and Sacrifice

Basketball great Kareem Abdul-Jabbar observed that a team will always appreciate a great individual if he’s willing to sacrifice for the group. Public service is all about both the interests of the group and sacrifice: sacrifice of one’s time, sacrifice of one’s privacy and the sacrifice of not being able to do things that those who are not in public service can do (for example, taking advantage of opportunities for financial gain).

Sometimes the sacrifice involves ego in favor of humility — not insisting on what you perceive as the best course of action so that a larger segment of the community buys into and supports the course of action.