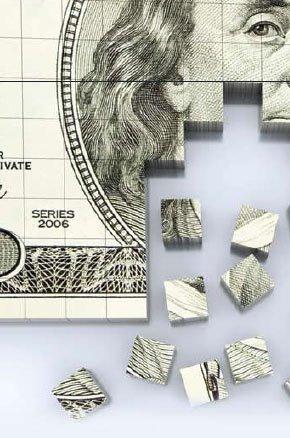 Get Ready for the Big “Trickle Down”

A major change in the role of the federal government is beginning to occur, and it will have dramatic consequences for state and local governments and the people they serve.

Spending cuts and water have at least one thing in common — they both run downhill. A great deal of attention in Washington, D.C., this summer was focused on extending the federal debt limit. What may be unclear to some is that the debt limit deal, assuming it will be implemented as passed, will require some major federal spending cuts immediately and over the near term that will fundamentally change the federal government’s commitment to defense and domestic spending. The deal also contains an enforcement mechanism that guarantees continued uncertainty over the next few months (and maybe years) about the federal government’s commitment to fund state and local services. A major change in the role of the federal government is beginning to occur, and it will have dramatic consequences for state and local governments and the people they serve.

Under the debt limit deal, 10-year discretionary spending caps of nearly $1 trillion would be implemented to reduce the deficit. These cuts would be balanced between defense and non-defense spending. In addition, a bipartisan Congressional committee would then identify an additional $1.5 trillion in deficit reduction, which could include changing federal entitlement programs (Medicare, Medicaid and Social Security) and eliminating tax loopholes.

The committee’s work must be implemented by Dec. 23, 2011. If the committee fails to do its work, the failure will trigger spending reductions in 2013, divided evenly between domestic and defense spending but protecting Social Security, Medicare beneficiaries and programs that serve low-income people. States have a particular interest in the omission of Medicaid (health care for the poor) spending from the automatic cuts if the committee fails to do its work, but some state officials point out that it could still be trimmed if the committee does its work as designed.

In announcing the debt limit deal, President Obama said it makes substantial reductions in the base defense budget (something that will be noticed by cities with military bases) of $350 billion initially and will reduce domestic discretionary spending to the lowest level since the Eisenhower administration. While cuts in funding for states could cause even deeper cuts in state-administered health and human services programs (for example, in-home care for seniors, hospital care, etc.), cities may be facing not only the end of the federal job stimulus funding but also deep cuts to programs that make the difference between manageable and unmanageable public safety and environmental services.

More Devils in the Details

As the most aggressive of the two chambers, the House of Representatives has recently witnessed approval of proposals in its Appropriations Committee the week of July 11 that offer a glimpse of what may lie ahead for cities. According to the National League of Cities, the House Appropriations Committee approved a FY 2012 Commerce, Justice and Science Appropriations bill that would eliminate the Community Oriented Policing Services (COPS) Office and virtually all its programs, including both hiring and technical assistance grants. In addition, the bill would make drastic cuts to Byrne Justice Assistance Grants (JAG), the Second Chance Act, and Juvenile Justice Grants. In all, the spending bill cuts more than $1.1 billion from state and local government programs.

Second, the House Appropriations Committee also approved the FY 2012 Interior-Environment appropriations bill, which provides funding for the U.S. Department of the Interior and U.S. Environmental Protection Agency (EPA). As approved, the bill would slash both the Clean Water and Drinking Water State Revolving Funds (SRF), by a combined $967 million less than the enacted FY 2011 levels. The bill provides $689 million for the Clean Water SRF and $829 million for the Drinking Water SRF, setting those programs back to FY 2009 levels. In addition, the bill includes level funding for the Superfund Program ($1.2 billion) and reduces funding for the Brownfields Program by two-thirds ($60 million).

Will these specific cuts or some close to them occur? That remains to be seen, but there is strong evidence that in the months ahead the House of Representatives will demand deep spending cuts in domestic programs that are vital to cities. Our ability to shield these programs (or other important programs like Community Development Block Grants) from the deficit budget ax will shift the impact to other domestic programs. If those programs fund important state services, the loss of federal funding will only increase the pressure on our state government to violate California’s Constitution and take local funds for the state budget. If that happens, we must remain vigilant and demand they respect the Constitution.

Water and spending cuts at the federal and state levels do run downhill.

This article appears in the September 2011 issue of Western City
Did you like what you read here? Subscribe to Western City