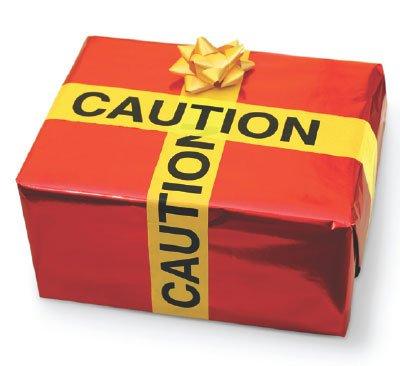 The Gift That Keeps on Giving: Changes to the Gift Rules, PART 1 OF 2

I understand that there are a number of new regulations that modify the Fair Political Practices Commission’s gift rules. Can you provide a summary? Why are these rules so complicated?

In 2008, the Fair Political Practices Commission (FPPC) did indeed make modifications to the Political Reform Act’s gift rules. One of these changes – the increase in the limit on the annual monetary value of gifts local officials may receive – is very straightforward. Other changes narrow the previous exceptions to the gift reporting and limit requirements; thus, they are more complex.

Here are the highlights. As always, local officials are encouraged to consult with their agency attorneys or the FPPC on specific questions regarding Political Reform Act requirements. Many of these regulations are very complex, and their application in any given situation is not always entirely clear.

In 2008, the rule was that local officials could not accept gifts from a single source that totaled more than $390 for a calendar year1. In addition, gifts can also be the basis of having a disqualifying conflict of interest. The threshold to keep in mind was $390 over the 12-month period prior to a matter involving the gift-giver coming before the public agency for consideration2. And, of course, gifts totaling $50 or more must be reported on one’s Statement of Economic Interests3.

For 2009-10, the threshold has been changed to $4204. This means that those officials who are subject to the gift limits may not accept gifts totaling more than $420 from a single source. For purposes of the disqualification analysis, a local official must evaluate whether someone involved in a decision has given the official gifts totaling $420 or more during the preceding 12 months.

When considering the gift reporting requirements and gift limits, it’s important to keep in mind that for Political Reform Act purposes the concept of a gift is much broader than the kinds of gestures that occur at birthdays and holidays. Any time an official receives something of value from someone, it is considered a gift. This includes meals, entertainment (for example, concert or sporting event tickets) and some forms of travel5.

Even though the concept of what constitutes a reportable gift to a public official is broad, a few exceptions exist for certain kinds of gifts that would otherwise be reportable and subject to the annual gift limit. The effect of the 2008 changes has been to narrow some of these exceptions. This means more gestures that benefit public officials are subject to public disclosure and limitation.

Keep in mind that the gift rules reflect a general presumption that if someone does something nice for a public official, the public has a right to know about it. These transparency rules don’t make a judgment on whether a public official’s decisions might be affected by such gestures. However, by requiring that gifts be disclosed, the rules enable the media and the public to make their own assessment.

For example, from time to time a public official will be invited by candidates or ballot measure campaigns to attend political fundraisers. The rule now is that a committee or candidate may provide one ticket per event to an official without the invited official having to report the value of the ticket on his or her Statement of Economic Interests.6

If the official receives more than one ticket, the face value of the extra tickets must be reported on his or her Statement of Economic Interests.

What if a public official receives a free ticket to a local Boys and Girls Club fundraiser? Let’s say that the face value of the ticket is $150; $80 of that amount covers the cost of the event (food, beverages, entertainment and any gifts to attendees) and $70 is the amount that goes to the club as the actual donation. The official either knows this because that’s what is printed on the face of the ticket or the official asks the club what the official’s proportionate share of the food, beverages, gift items or entertainment is at the event.7 The official’s course of action depends on who is giving the ticket.

Previously, an official could accept an unlimited number of tickets to qualifying nonprofit fundraisers without having to report those tickets as gifts. It also didn’t matter from whom the official received the tickets – the nonprofit or those who had purchased tickets from the nonprofit.

Now, in order to avoid having the ticket be considered a reportable gift, the official may receive only one ticket per event from the nonprofit8. Moreover, the nonprofit has to qualify as exempt from taxes under section 501(c)(3) of the Internal Revenue Code9.

In the previous example, if the Boys and Girls Club is a 501(c)(3), then an official may generally accept one such ticket from the club without having to report the gift on his or her Statement of Economic Interests. However, the official must be mindful of limits on the value of what he or she receives as a result of attending this fundraiser and others over the course of the year.

This is because the club, in essence, is giving the official $80 in the club’s costs for the food, beverages, gifts and entertainment associated with the event. Because officials receive these tangible benefits from attending the fundraiser, the rules require officials to keep track of the value of food, beverages, gifts and entertainment at fundraisers from each nonprofit organization over the course of a year10. Because it is giving the ticket as a gift, the club does not receive the $70 donation portion of the ticket, which would have been a benefit to the club, not to the official, and is not an out-of-pocket cost for the club.

Suppose the Boys and Girls Club holds these fundraisers every other month and invites the official to all of them. The official can accept the invitation to five of the fundraisers (for a total value of $400 in meals) but must decline or pay for the sixth fundraiser, to avoid exceeding the annual gift limit of $420.

What if the fundraiser is particularly fancy and the tickets are $1,000 each? Let’s say the value of the food, beverages, party favors and any entertainment at the event was $450 because the entertainment involved a famous comedian who charges the fundraiser’s organizers a significant fee to perform.

If the club gives a public official a ticket to this kind of event, the official would need to either decline the invitation to attend or pay for at least $31 of the $450 meal and other costs associated with attending. Otherwise, acceptance of the ticket would put the official over the $420 gift limit threshold.

For the fancy $1,000 event where the value of the food, beverages, gifts to attendees and entertainment was $450, the official would have to say, “Thanks, but no thanks” because accepting the ticket would exceed the $420 gift limit from the company. Alternatively, the official could reimburse the XYZ Development Company for $31 or more, to bring the total amount of benefit the official receives from attending the fundraiser to less than $420. The official would also have to report the amount (in this example, $419) on his or her Statement of Economic Interests.

The same scenario would occur if the same fundraiser was for a non-501(c)(3), such as a local chamber of commerce. The official would need to report the value of any food, drinks, gift items and entertainment he or she received of $50 or more by attending the fundraiser. Again, the total value of such food, drink, gift items and entertainment from the nonprofit could not exceed $420 over the course of a single year.

Part 2, which will appear in June, examines issues associated with gifts to agencies and valuation of nonmonetary gifts.