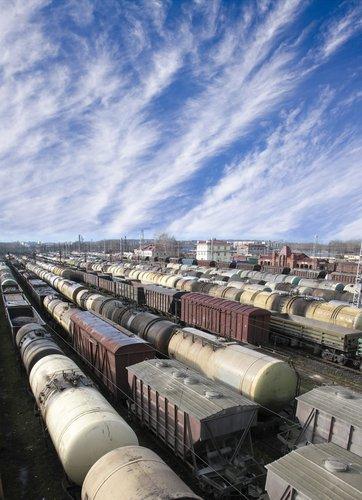 More and more often, trains snake down through California from its northern borders, with locomotives leading long lines of tank cars brimming with volatile crude oil.

Rail remains among the safest modes of transport, but the growing volume of crude being hauled to California refineries — coupled with televised images of fiery oil train accidents elsewhere — have ratcheted up the safety and environmental concerns of city officials and the residents they serve.

Local and state lawmakers have found that their hands are largely tied by federal laws and court rulings pre-empting new state and local regulation of rail traffic.

Growing Volume and an Increasing Number of Accidents

Until recently, California’s refineries were served almost entirely through ports. An oil boom in North Dakota and Canada from the Bakken shale formation and a lack of pipeline infrastructure have led to a dramatic increase in oil-by-rail shipments nationwide.

As the volume of oil being transported by rail has swelled, derailments in the United States and Canada have also increased. Despite $5 billion in industry spending on infrastructure and safety measures — with half of that for maintenance — railroads spilled more crude in the United States during 2013 than in the previous four decades combined, according to an analysis of federal data by McClatchy DC News.

Railroads continue to boast a better than 99 percent safety record, and most spills have been small, but with each tank car holding more than 25,000 gallons of oil, the exceptions — including eight mishaps in 2013 and early 2014 — have been dramatic and devastating, none more so than an accident in July 2013. That’s when 63 cars from a runaway train exploded, leveling much of Lac-Mégantic, Quebec, and killing 47 people.

So far, California has been spared a major crude oil accident, but the number of spills here is climbing: from 98 in 2010 to 182 in 2013, according to the California Office of Emergency Services (OES).

Trains carrying Bakken crude travel south through Northern California, turning from the western slope of the Sierra Nevada and rumbling through the hearts of cities large and small. The trains pass within blocks of the state Capitol, hospitals and schools and through sensitive ecological areas such as the Feather River Canyon and Suisun Marsh. 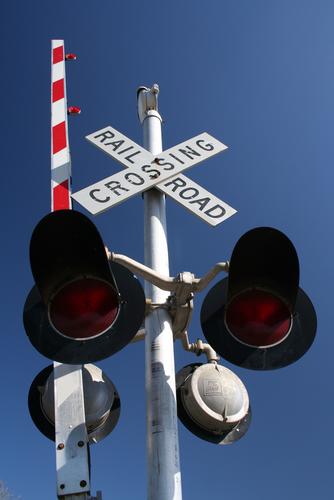 The Lac-Mégantic accident and others that have followed have led to a push for change at the federal level. Two agencies of the U.S. Department of Transportation (DOT), the Federal Railroad Administration and Pipeline and Hazardous Materials Safety Administration, shoulder responsibility for writing and enforcing railroad safety regulations.

The DOT proposal calls for phasing out within two years older model tank cars, called DOT-111s, long known to be vulnerable to rupturing in a crash. The National Transportation Safety Board, which investigates accidents, first urged replacing or retrofitting them in 1991.

In September 2014, the American Petroleum Institute and Association of American Railroads jointly asked the DOT for more time — up to seven years to retrofit tank cars.

Another safety measure, called positive train control (PTC), makes use of global positioning systems. It is intended to prevent collisions, derailments due to high speeds and other movements that could cause accidents, like a train using track where maintenance is under way. PTC can alert train crews to danger and even stop a train remotely.

Following a 2008 Metrolink crash in Los Angeles that killed 25 people — caused when an engineer missed a stop signal and collided with a Union Pacific freight train — Congress mandated PTC implementation on 60,000 miles of track nationwide. Large railroads have spent $4.5 billion to implement the technology, but the industry says it cannot meet its 2015 deadline.

Among the members of California’s congressional delegation demanding stricter regulations are Senators Dianne Feinstein and Barbara Boxer, who have called for more information to be released to first responders on train movements.

Sen. Feinstein also wrote a letter that urged the DOT to include pneumatic brakes, which can greatly reduce stopping distances, in its planned review of tank car design, and to extend the PTC requirement to any route used by trains carrying flammable liquids near population centers or sensitive habitat.

The growth in domestic crude oil is reflected in projects that include seven proposed, completed or under-construction expansions that together would have a maximum oil-by-rail capacity of 561,000 barrels per day at Bakersfield, Benicia, Pittsburg, Santa Maria, Stockton and Desert Hot Springs (see “Increasing Refinery Capacity” below).

As of December 2014, the Kinder Morgan Inc. facility in Richmond was the only refinery that could receive unit trains, which are trains with 100 or more tank cars carrying a single commodity and bound for the same destination.

InterState Oil Co. had its permit to offload crude at McClellan Park, in Sacramento County, revoked in November 2014 by the Sacramento Metropolitan Air Quality Management District. The district said it had issued the permit in error and that it required a full review under the California Environmental Quality Act.

Refineries in Bakersfield, Vernon, Carson and Long Beach were receiving crude deliveries from manifest trains, which carry a mix of cargo.

The Federal Rail Safety Act of 1970 authorized the U.S. secretary of transportation to create uniform national safety regulations. States are allowed to adopt additional, compatible rules if they do not hinder interstate commerce and address a local safety hazard. Courts have consistently ruled against almost all attempts by states to use the local safety hazard exception, however.

In the Golden State, the California Public Utilities Commission (CPUC) shares authority with the federal government to enforce federal safety requirements, and OES and local agencies lead emergency response. In 2014, Gov. Jerry Brown expanded the Department of Fish and Wildlife’s Office of Spill Prevention and Response to include inland areas.

Recent legislation includes AB 380 (Dickinson, Chapter 533, Statutes of 2014), which calls for increased spill-response planning for state and local agencies and requires carriers to submit commodity flow data to OES, and SB 1064 (Hill, Chapter 557, Statutes of 2014), which seeks to improve accountability and transparency regarding CPUC’s responses to federal safety recommendations.

The FY 2014–15 state budget also allocated $10 million to the CPUC, which planned to add seven more track inspectors, and authorized the state oil spill prevention fund to be used for spills in inland areas. In addition, the budget expanded the 6.5 cent per-barrel fee to include all crude oil entering the state.

The 10 state agencies that have some hand in rail safety and accident response have formed the Interagency Rail Safety Working Group. It issued a report last June that called for, among other things, older tank cars to be removed from service, stronger cars, improved braking, PTC and better markings on cars so that firefighters know how to proceed in an accident.

Speaking to Richmond residents in December 2014, Gordon Schremp, senior fuels specialist for the California Energy Commission, welcomed the moves to increase safety at the federal level. All indications were that railroads were complying with new measures like lower speed limits, he said.

“Does it mean there will be zero derailments? No, but the goal is to get there,” said Schremp.

Local government officials face a daunting challenge when it comes to disaster response.

The Interagency Rail Safety Working Group also found that, as of June 2014, there were no hazardous materials response teams in rural areas of Northern California and units in other areas of the state lacked the training and equipment needed to take a lead role. Forty percent of the state’s firefighters are volunteers.

“Training is of the utmost importance,” said Deputy Chief Thomas Campbell, who oversees the Cal OES Hazardous Materials Programs. “We understand that local governments are limited in finances and that it’s difficult to get firefighters out of rural communities to train because they are volunteers.” 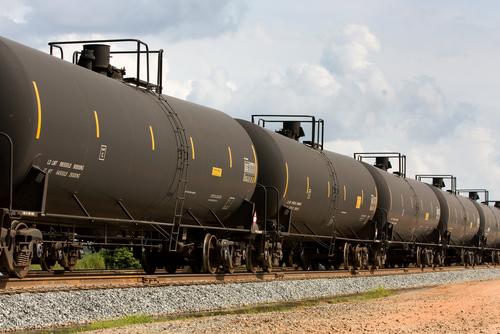 At the local level the proposed expansion of California refineries sometimes has run into heated opposition.

After news reports revealed that Bakken crude was being transported into the City of Richmond, City Manager Bill Lindsay wrote a letter to the Bay Area Air Quality Management District in November 2014 calling for it to revoke energy company Kinder Morgan’s permit to offload the crude there. That followed a lawsuit filed by environmental groups to revoke the permit — a suit tossed out by the judge because it was filed too late.

Elsewhere, a proposal by Valero Energy Corp. would bring 1.4 million gallons of crude daily to its Benicia refinery. The proposal has been met with letters questioning the city’s environmental and safety analysis from senders that have included the CPUC, Office of Spill Prevention and Response, the Sacramento Area Council of Governments, the Capitol Corridor Joint Powers Authority and cities along the rail line, including Davis and Sacramento. The Union Pacific Railroad has responded by stressing federal pre-emption of rail traffic.

Even as those proposals played out, a pair of derailments in Northern California underscored the importance of the debate. While neither spill involved crude oil or hazardous materials, both served as a warning of the need for California to improve its emergency response capability. Eleven cars carrying freight derailed and spilled into the Feather River Canyon near Belden on Nov. 25, 2014. Three days later, one car tumbled off the tracks near Richmond. The cars were loaded with corn in the first instance and refrigerated pork in the second.

The League continues to closely monitor developments in oil by rail. In September 2014 the League made recommendations to the DOT on the federal rule-making governing rail safety. The recommendations included providing more information and training to first responders, mandating speed limits and stronger tank cars, and using all available data to assess the risks and consequences of crude oil transport. Two months later, the National League of Cities passed a resolution stressing many of the same safety measures.

League of California Cities staff conducted a series of webinars during fall 2014 to better acquaint members with the oil-by-rail issue, and its Public Safety and Transportation policy committees took up the subject in January 2015 meetings.

The California Energy Commission is tracking the following projects, which would dramatically increase the oil-by-rail capacity of refineries:

In addition, Targa Resources Corp. at the Port of Stockton is planning an expansion that would enable it to receive 65,000 bpd. And Questar Gas Corp. is planning a project that could see it offload 120,000 bpd near Desert Hot Springs, then send it through a repurposed 96-mile pipeline to Los Angeles.