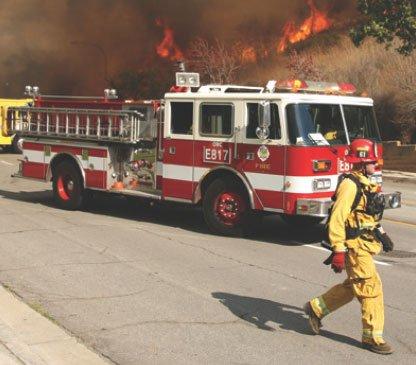 Hard Times: Why We Must Protect Funding for Vital Community Services

In my February Western City column, I looked at the League’s strategic goals and examined the infrastructure priority in detail. This month, I turn my attention to another of the League’s goals: protecting funding for vital community services.

California and the nation are gripped by a recession. Last year, widespread foreclosures on homes meant potential reductions of property tax revenues for cities in future years. This year, unemployment is rising and currently at its highest levels since the early 1980s. In January 2009, more than 79,000 jobs were lost in California. The economic news continues to be dismal, both nationally and globally. Hard times mean less income and sales tax revenue for the state, which is grappling with an enormous deficit.

This isn’t the first time California’s cities have faced this kind of situation. In the early 1990s, under similar circumstances, the state shifted property tax and other local revenues away from cities and counties to help balance its budget. In response, local governments took action and worked to get Proposition 1A and Prop. 42 passed by the voters to protect property taxes and transportation revenues from state take-aways during the kind of economic downturn we have been experiencing for the past year.

Cutting to the Bone

Last year, cities were forced to make budget cuts in many areas that have the greatest impact on residents’ quality of life — cutting parks and recreation services, reducing branch library hours and fixing fewer streets and potholes. This year, in an effort to cope with the recession and a drastic downturn in revenues, many cities have cut services across the board by reducing the hours of operation at city hall and city departments, and numerous municipalities have imposed mandatory work furloughs for their employees. Many cities have refused to fill vacant positions or have been forced to lay off staff in addition to implementing work furloughs.

This has a direct and negative impact on the services that local governments provide to their residents and communities. These services are vitally important, in terms of both public safety and quality of life. Police, fire, health and human services and emergency services are essential. They save lives and protect our residents’ well-being. Local community services improve the quality of life for our families and children, teens and young adults, seniors and people with disabilities — through parks and recre- ation, after-school programs, libraries and cultural arts programs. And local governments are involved in many environmental protection activities that are not fee based, such as clearing brush. Cutbacks in these areas have long-term impacts, especially on our ability to prevent fires in wildfire-prone areas of California.

Furthermore, cities are actively engaged in programs to stimulate economic growth, support the development of new jobs and opportunities for our residents and ensure that development proceeds in a way that best meets the community’s needs.

Quality of Life and Economic Recovery Are at Stake

As the state searches for solutions to its fiscal woes, the Legislature and the governor find easy targets in local revenues, including redevelopment agency funding, that support the vital community services described here. It’s critically important for city officials to continue reminding our state leaders that without these essential services, the quality of life will decline precipitously. Indeed, without them, the very fabric of our society will unravel. And redevelopment agency funding and local infrastructure improvements are the only real economic development tools available to California. Without them, the chances of economic recovery are slim to none.

With all of these things in mind, the League set this as its primary strategic goal for 2009:

As responsible public administrators, we have had to make painful cuts at the local level, just as the state is doing. It’s tremendously important that we work to avoid losing local revenues to state raids.

The League is closely monitoring the state’s situation as it unfolds, and we will keep you informed about new developments. Be sure to read the City Advocate Weekly (formerly Priority Focus), the League’s electronic newsletter, for the latest updates. If you are not yet involved in the League’s activities to protect local funding, I urge you to contact your League regional public affairs manager and join your fellow city officials in conveying our message to state decision-makers: We are doing our part — now do yours by ensuring that cities have the resources necessary to protect our state’s quality of life and jump-start the economic recovery.