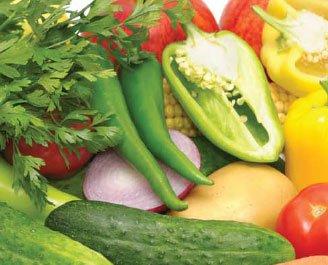 Francesca Wright is a special projects consultant for the Cities, Counties and Schools (CCS) Partnership and can be reached at cescaw@comcast.net.

While California grapples with a recession and record state budget deficits, the obesity epidemic is quietly adding weight to the problem. A recent study published by the California Center for Public Health Advocacy (CCPHA) found that the cost of obesity and physical inactivity climbed to $41 billion in 2006, nearly double the amount reported in 2000.

Cities play a central role in reversing the trend toward sedentary behavior and high-calorie diets. General plans and zoning determine a community’s walkability by incorporating sidewalks, safe street crossings and connectivity between residential neighborhoods and frequent destinations like schools and stores.

Another CCPHA study found that people who live near an abundance of fast-food restaurants and convenience stores, rather than grocery stores and produce vendors, have a significantly higher prevalence of obesity and diabetes — regardless of income levels. When a farmers market or grocery store is closer than a fast-food restaurant, people are more likely to make the healthier choice.

In 2004, the League passed a resolution encouraging cities to embrace policies that promote healthier lifestyles and communities. Two years later, the League adopted a second resolution to work with the Institute for Local Government, Center for Public Health Advocacy and Cities, Counties and Schools (CCS) Partnership to develop resources for cities seeking to adopt health-promoting polices. The Healthy Eating Active Living (HEAL) Cities Campaign was launched as a major component of the effort supporting these resolutions.

The Connection Between Land-Use Decisions and Health

Cities’ land-use decisions around planning, zoning and infrastructure investment directly affect residents’ health by determining such factors as access to everyday physical activity such as walking and biking, availability of open space for recreation and close proximity of healthy food choices to residential areas.

When encouraged to use pedometers, workers are more apt to choose the stairs instead of the elevator and increase the distance they walk daily. Short bouts of physical activity (five to 10 minutes) improve mood, prevent cardiovascular disease, and increase mental agility
and productivity.

Cities throughout the state are implementing a variety of such programs. In Duarte, City Council Member Louis Gaskin has helped launch a 10-minute “Instant Recess” exercise break at city council meetings to raise heart rates and energize participants. The cities of Brentwood, San Jose, Baldwin Park and Chula Vista all have vending-machine policies that limit the percentage of high-calorie, high-fat, low-nutrition foods. Chino’s award-winning program to get employees moving uses local art exhibits to make city stairwells more attractive and includes a competition with prizes for using the stairs instead of the elevator.

Cities can support local agriculture and bring healthy food to residents by including farmers markets and community gardens in their General Plan and zoning code. They can also limit unhealthy food around schools and in neighborhoods with overconcentrations of unhealthy food outlets. Some cities are considering recognition programs to highlight “healthy checkout” lanes in grocery stores and healthy meals on restaurant menus.

The City of Los Angeles imposed a moratorium on any new fast-food outlets in South L.A. while simultaneously launching a package of economic initiatives for healthy food retail projects.

How to Get Started

Join the HEAL Cities Campaign. Visit the website at www.HEALCitiesCampaign.org or contact campaign staff at (510) 302-3387 to learn about available training and resources. Cities that are ready to take action can download, adapt and adopt a HEAL resolution from the website.