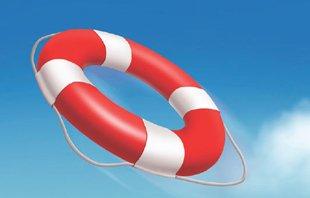 Greg Cox is chairman of the San Diego County Board of Supervisors and has been involved with 211 since it was launched in 2005. Jim Madaffer is a former council member of the City of San Diego and a past president of the League of California Cities. John Ohanian is chief executive officer of 211 San Diego.

When San Diegans need help, they dial 211 to connect with the call center that provides local information on health and social services. With more than 5,000 services and programs listed in its online database, San Diego’s 211 system provides assessments and referrals; it also helps relieve the demand placed on 911 dispatchers by callers with non-emergency issues.

In July 2001, the Federal Communications Commission reserved the dialing code 211 for community health and disaster resources, making it the national dialing code for connecting with local, free, 24-hour information. San Diego launched its 211 system in July 2005; before the wildfires of 2007, the system answered more than 125,000 calls in a typical year. The wildfires raised public awareness of the service, and in 2008 the system logged more than 185,000 calls — a 48 percent increase from the previous year.

The fast-moving fires of 2007 presented an enormous challenge. Hundreds of thousands of residents needed up-to-date information about evacuation routes and shelters, and 211 became the source for that information. As the fires grew, so did the response at the 211 call center.

“We knew we needed more people and more phone lines,” recalls Mona Freels, programs director for 211 San Diego. Before the fires started, the service comprised eight phones on three tables. By the end of the week, four rows of tables held 80 phone lines. A growing army of volunteers answered calls from worried residents asking about the best routes to flee the oncoming fires and where they could find shelter for the night.

The fires were among the worst in the area’s history. A record 515,000 people were evacuated from their homes, and the region suffered millions of dollars in damage. By adding 211 to their arsenal of disaster response services, local officials had a ready-made vehicle for disseminat ing timely, accurate information about evacuation routes, shelter locations, school closures and more. The media also publicized the easy-to-remember number that residents could call free of charge. This not only eliminated much of the confusion that can occur during a disaster, but it also significantly lessened the burden on 911 and provided a live voice for frightened and exhausted residents looking for answers and help.

After the fires were extinguished, many fire victims working to rebuild their lives needed the referrals to health and human services that are the core function of 211. “Help starts here” is 211’s motto, and the fires reinforced that theme.

A Lifeline in Hard Times

In San Diego today, most callers ask about financial assistance, food, housing and access to health care. The callers have a median family income of $14,670, and 54 percent have household incomes below the poverty level. The 211 San Diego system gives them access to a range of vital services by delivering personalized information. For example, a pregnant, single mother with a young child and an annual income of about $12,000 called because she was running out of food. A 211 specialist provided the young woman with several food referrals; as a result, she obtained a three- to four-day food supply for her family right away.

In communities throughout California, more people are seeking help as a result of the economic recession and state budget crisis. As unemployment rates rise and financial uncertainty becomes a given for many households, the need to give residents a lifeline to local resources and services is greater than ever.

The Value of Statewide Implementation

In California, 19 counties covering approximately 84 percent of the state have launched 211 services, with full coverage anticipated in 2010. But 29 counties currently do not have 211 — mostly rural counties that would benefit greatly by having one centralized location for residents to call.

One of the main functions of 211 systems is to relieve pressure on 911 emergency systems by taking non-emergency calls, thus giving overwhelmed public safety dispatchers more time to handle life-threatening situations both on a daily basis and during disasters.

In Connecticut, with a statewide 211 system in place, the governor used 211 to assist those searching for loved ones employed at the World Trade Center after 9/11, and later used the system to connect people suffering from the attack’s aftermath with mental health services.

According to the recent Trial By Fire report published by the United Way of America (online at www.211sandiego.org/files/TrialByFire.pdf), more than one in eight Californians had incomes below the federal poverty level in 2005, and many depend on a variety of social services. The 211 systems also help the elderly, who may have difficulty locating the services and information they need. About 30 per cent of callers are seniors. A statewide 211 system would connect these people with information and emergency shelters, rental assistance, health care, food, utility assistance and much more.

As California’s population grows, so does the challenge of serving more people. Local 211 systems can provide nondisaster service information to that growing, diverse population in the most easily accessible and cost-effective manner. The 211 systems also provide information in many different languages, which is particularly relevant in a state where almost 40 percent of the population does not speak English at home.

A statewide 211 system would be invaluable the next time there is a disaster in your community. It may not be a fire — it could be a landslide, earthquake, flood or any of the numerous emergencies that occur throughout the state. By working together, cities, counties, nonprofits and businesses can make 211 a reality for all California residents.

Efforts are already under way at the federal level. Representative Anna Eschoo (D-Calif.) is sponsoring HR 211, the Calling for 211 Act of 2009, which would help fund 211 systems throughout the country. United Way of America has made 211 a national priority and serves as the operator in many communities.

To learn more, visit www. 211 california.org or contact your League regional public affairs manager to see how 211 is working in your community. The 211 network statewide stands ready to partner with cities and counties to assist communities with information, assessments and referrals.