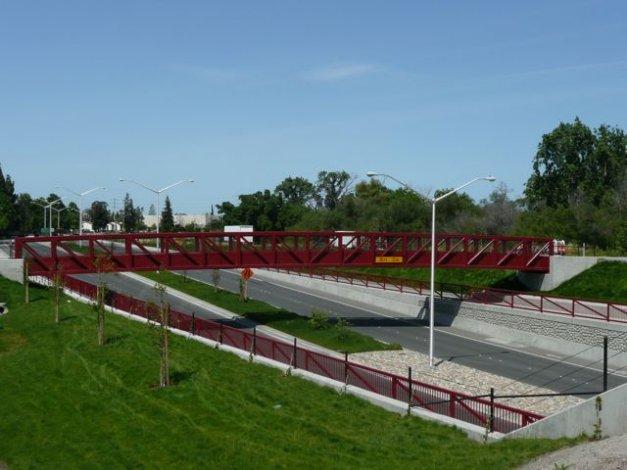 The City of Fremont won the 2010 Helen Putnam Award for Excellence in the Public Works and Transportation category. For more about the awards program, visit www.cacities.org/helenputnam. 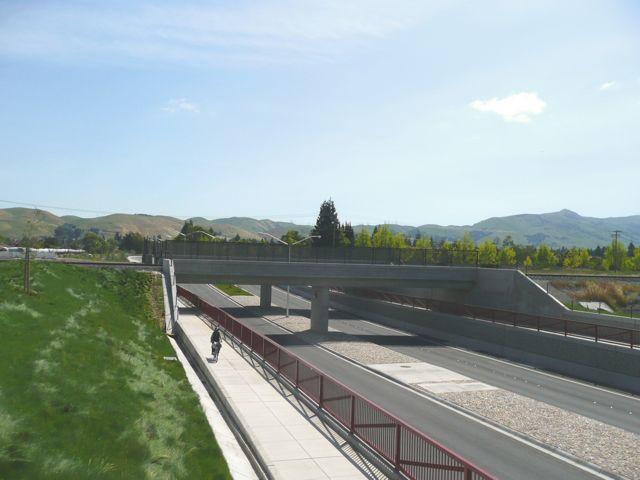 Fremont, with a population of more than 213,000 people and an area of 92 square miles, is the fourth most populous city in the Bay Area and California’s fifth largest city. Located on the southeast side of the San Francisco Bay, Fremont is the junction of multiple rail lines that cover the city with frequent street crossings.

As Fremont grew over the years, these at-grade crossings became more dangerous for cars, bicycles and pedestrians. The crossings created lengthy delays for hundreds of cars idling behind railroad crossing gates while long freight trains crept past. These problems were particularly severe at two of the city’s busiest streets: Washington Boulevard and Paseo Padre Parkway. In addition, an extension of the Bay Area Rapid Transit (BART) system was planned adjacent to the Union Pacific Railroad tracks across these two streets. 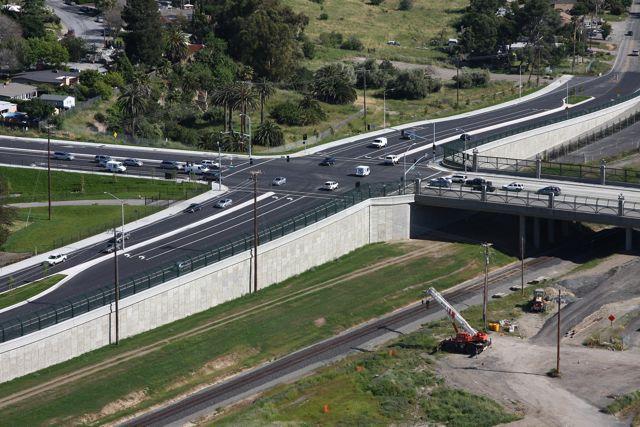 As a result, the city council decided that six railroad/street at-grade crossings should be eliminated by constructing two grade separations to physically separate cars, bicycles and pedestrians from both the current freight trains and the future BART trains. The city’s challenge was how to fund and implement the largest, most complex public works project in its history.

After completing the project feasibility and study report, the city held nine public workshops geared toward local neighborhood groups and delivered numerous presentations to homeowners’ associations and the local business district. According to Jim Pierson, transportation and operations director, “The public’s input was instrumental. They helped decide to create the Paseo Padre Parkway grade separation as a depressed roadway under the railroad and future BART, and the Washington Boulevard grade separation as an elevated roadway over the railroad and BART.” He adds, “This made an already complex project even more challenging, as the depressed roadway would be below the groundwater table and the elevated roadway would be over the active Hayward Fault.” Consequently, the project cost escalated to $78 million, requiring new funding sources to be identified and committed.

The project was further complicated by the number of utilities and public agencies involved. It would be necessary to relocate utilities from 16 different companies, and six public agencies plus the Union Pacific Railroad had property and/or facilities that were impacted. In concert with the public outreach program, the project team actively developed partnerships with the various stakeholders, including the Union Pacific Railroad, Alameda County, Alameda County Water District, San Francisco Public Utilities Commission, Santa Clara Valley Transportation Authority (VTA) and BART.

To minimize costs, the city negotiated no-cost right-of-way exchange agreements with BART and VTA to swap properties that each party needed for its project. In addition, staff developed cost-sharing principles and negotiated 16 design and construction agreements with the utility companies to share the relocation costs. Cost-sharing agreements were also developed with BART for portions of its improvements that the city constructed within its project limits. In addition, Fremont negotiated property and cost-exchange agreements with Union Pacific Railroad to swap properties, relocate 1.5 miles of existing track and share in the project’s construction cost.

Even with the impressive cost savings obtained through these partnerships, the project was being implemented at a time when property and construction costs were experiencing double-digit escalation every year. As a result, the project cost rose to $111 million.

“To avoid future cost increases, staff had to move forward and identify areas of high risk and cost, and start construction of portions of the project that were on the critical path and not dependent on any agreement under negotiation,” explains Afshin Abtahi, the project manager who managed all daily work activities on the project. As a result, the Fremont issued three smaller early construction contracts and started relocating utilities immediately after the relocation agreements were executed.

Rising real estate and construction costs meant additional funding needed to be secured. The city began working closely with a number of regional and state funding agencies to make that happen. A series of regional funding meetings was set up with all agencies that had a stake in the project’s success.

After establishing the importance of the project’s impact on the regional transportation system, staff crafted agreements with various funding agencies to identify and redirect funds to the grade separation project. The final funding piece came from the state’s Grade Separation Fund. Although the funding application was initially rejected, the city persevered and was able to negotiate an agreement with Caltrans and Union Pacific Railroad to meet the very challenging grant requirements. As a result, not only was the project awarded the $5 million grant it originally sought, it also received an additional $15 million from funding that had accumulated in the account over previous years because no other agency could meet the grant requirements. In all, the project used funding from 10 separate sources, all with varying requirements.

Designing, funding and constructing this project required technical skill, cooperation with numerous public-private partners, and a keen eye for cost-saving measures. The project team approached the challenge from many directions using creative funding solutions, innovative technical designs and well-planned construction sequencing. “The project team listened to the local community and businesses, and learned about their concerns early in the process. This enabled us to reshape the project and proactively respond to their concerns,” says Etty Mercurio, who lead the consultant design team. Ultimately, six at-grade railroad crossings were eliminated, resulting in improved traffic circulation and air quality, diminished train-horn noise, new landscaping and easier ways for pedestrians and bicyclists to navigate crossings.

“The project’s success was in large part based on the partnerships the city established through honesty and cooperation with other public agencies, private companies, and the community,” says Fremont City Manager Fred Diaz. The city based its partnerships with public and private sectors on a recognition of their individual and collectgive goals and used innovative approaches to find win-win solutions for all the parties involved. These partnerships, including those with the contractors, created synergies that led to a successful completion of the project — nearly one year ahead of schedule and ultimately $4 million under budget.