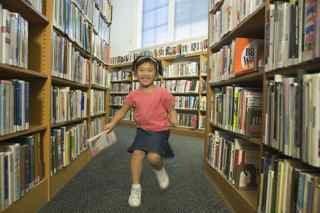 Greg Lucas is the California state librarian and can be reached at greg.lucas@library.ca.gov.

I was politely ejected from the Teen Space at San Diego’s Central Library a few months ago because I’m significantly older than 18 and thus exceeded the age limit. The librarian suggested I might get a richer appreciation of exactly how awesome her library was — and libraries in general — if I headed to the top floor and explored each floor on the way down.

On one floor, an elderly gentleman read a newspaper from Taiwan. On another floor, a youngster tapped mommy’s nose-nose-nose in imitation of the pre-readers’ sing-along they’d just attended. As I made my way through the floors, I saw a woman Googling a map, perhaps for directions to a job interview. Next to her, a man hunched over a computer terminal filling out an application that could have been for employment, Social Security, Medi-Cal or subsidized housing. In the Children’s Room, kids and caregivers got rowdy over a book during Story Time.

There were hundreds of activities I didn’t see — activities that are also happening in each of California’s 1,182 library branches, whether they’re located in Alturas, Anaheim or Antioch.

Libraries Provide a Spectrum of Services

At the Los Angeles main branch, a weathered veteran got set up with “three hots and a cot” in 15 minutes by an AmeriCorps volunteer.

In the back room at the Yuba City Library, several walls are crammed with dozens of blue duffel bags with luggage tags like “Elephants,” “Flowers,” and “Martin Luther King.” Each bag is a “curriculum-in-a-can” that local child care providers can use at their centers. The children’s services coordinator created many of them on her own dime.

“Libraries are the heart of their communities,” adds Robert Karatsu, 2015 president of the California Library Association and former director of the Rancho Cucamonga Library system. “They’re gathering places for people from preschoolers to seniors who are a living demonstration of what their local government is doing for them.”

To put it another way: People build libraries, and libraries build community.

Anyone who believes libraries are a withered vestige from sepia-tinted yesteryear hasn’t been inside their neighborhood branch lately.

Computer coding classes for tweens are taught in Sebastopol’s library — and at dozens of other locations throughout the state. Using one of Sacramento Public Library’s 3-D printers, two Placerville cousins created the prototype of their “Hex Flex,” a steel snowflake-shaped multi-tool for snowboarding. Some libraries offer laptop computers and e-readers for checkout. Sacramento recently launched a “Library of Things” where patrons can check out a laminator, sewing machines or other tools. 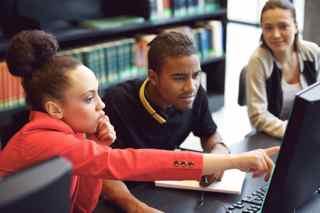 “When someone says, ‘We don’t need libraries because of the Internet,’ I don’t get angry about it anymore because it’s so silly. Every day my computers are packed,” says Lisa Rosenblum, Sunnyvale’s director of library and community services, which include a city-run senior center, camps, pools, social services and community theater. “We connect kids to literacy, and we connect their parents with each other. We’re a place where teens meet and don’t have to pay to be safe.”

Libraries are usually the first place where immigrant families interact with their new local government and also offer the first step on the path to citizenship. San Francisco Public Library has a full-time social worker. Last year, Los Angeles Public Library provided more than 700 flu shots to low-income individuals. Many libraries offered free lunches during the summer to low-income  kids — and they are eager to do so again this year.

A statewide program, sponsored in part by the California State Library, gives an idea of how responsive libraries can be to their unique communities. “Book-to-Action” encourages a community to read a book and then collaborate on a volunteer activity that addresses the book’s topic. Dixon residents read The Heart and the Fist by veteran Eric Greitens in 2013 and created care packages for deployed troops. Oakland read Elle Blue’s Everyday Bicycling to help encourage urban bicycling. Placentia read The Witness Wore Red, by Rebecca Musser and M. Bridget Cook, to increase awareness about domestic violence.

“Libraries are flexible and nimble organizations,” says Susan Hildreth, former California state librarian and the most recent director of the federal Institute of Museum and Library Services. “More than almost any other civic entity, libraries can respond to the needs of any age group or any demographic group and figure out what the community needs and how to move it forward.”