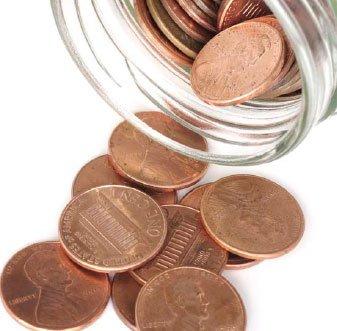 When essential services were on the chopping block, Concord devised a new way for residents to weigh in on tough choices.

In times of scarce resources and reduced staffing, elected officials and city managers aspire to understand which public services their communities value most. Concord (pop. 122,000), located in the San Francisco Bay Area, is no exception. After reducing staff by 20 percent, instituting mandatory furloughs, securing pay and retirement concessions from employees and reducing the level of nonessential programs and services, the city still faced a $5 million structural deficit. Concord’s once-healthy 30 percent reserve fund would be depleted in two years. Projections showed that the city would need to lay off 35 additional employees to balance the budget. Essential services were on the chopping block.

Before decisions about these drastic cuts were made, the city council wanted to get meaningful input from the community about which municipal programs were most important — with the goal of preserving those programs as funds permitted.

“We asked staff to design an outreach campaign that would give us, as elected leaders, a sense of community priorities,” says Mayor Laura Hoffmeister. “In addition, we wanted the process to help residents understand the hard choices that we were facing as a council.”

The campaign used four methods to elicit input from residents. Three of these were conventional methods used by many cities to measure public opinion: a statistically valid telephone survey, an online survey, and 28 speakers’ bureau presentations at meetings of neighborhood, community and business organizations.

The fourth method, however, put residents in the driver’s seat — or in this case, the city council’s seat.

An Innovative Approach to Public Participation

Staff designed a Living Within Our Means workshop that included an engaging, interactive and thought-provoking game titled “Penny for Your Thoughts.” The workshop began with an introductory Budget 101 presentation. Participants were then asked to review the five categories of city services — Community Safety, How the City Looks, Economic Development, Quality Experiences and Infrastructure — and prioritize a general list of services under each category. The rest of the workshop was spent playing the “Penny for Your Thoughts” game that put participants in the city council’s position of having to make tough choices to balance the budget.

Participants were each given 30 pennies. Their job was to distribute their pennies among five plastic cups, representing the five categories of city services. Facilitators tallied how the pennies were distributed. To add a “real life” factor and reflect the city’s actual budget situation, the facilitator then told participants that they faced an unanticipated budget crisis and available revenues were 20 percent less than anticipated. Each participant now had to remove six pennies from his or her five cups to balance the budget. Removing six coins meant that they could not just remove one coin from each category, but had to really consider their priorities.

A facilitated discussion followed in which participants discussed their reasons for the funding choices they made. All of the priority lists, penny counts and comments were recorded and compiled into a summary report that was shared with the city council and the community.

“The game gave me a new respect for how difficult the city council’s job is when they have to balance the budget,” says workshop participant David Fry. “It’s not easy to make these decisions.”

Several participants asked if they could contribute pennies from their own pockets to make up for the shortfall in available resources. This comment sparked a discussion about the potential for an emergency revenue measure to preserve valued services.

One of the three Living Within Our Means workshops that the city conducted was presented in cooperation with the Monument Community Partnership, a nonprofit organization working with residents in the largely Hispanic Monument neighborhood. This important segment of the community typically does not attend the city’s formal government meetings due to language and cultural barriers. To overcome these barriers, Concord brought this workshop into the heart of the Monument neighborhood, used Spanish translators and had bilingual staff host the “Penny for Your Thoughts” game. This workshop had the highest attendance of the three workshops.

“It was very rewarding to see the community turn out for the workshop,” says staff translator Raquel Diaz. “We don’t always hear from the residents in the Monument community, and they have much to contribute.”

Additional workshops were presented in partnership with the Greater Concord Chamber of Commerce and the Concord Senior Citizens Center. In total, 310 people played the game.

The game aspect of the workshops created a buzz in the community. Residents discussed it on local blogs. A TV news reporter even devised her own mini-version of the game and tried it out with residents in a public park for her news report. Neighboring cities called to get information about using the game in their own communities.

In addition to the workshops, Concord conducted a telephone survey and an online survey. Survey results showed that as many as 75 percent of voting residents were interested in considering a local emergency revenue measure, mirroring comments from workshop participants.

As a result of the public outreach campaign, the city council learned which services the community valued most and that residents might be willing to consider a revenue measure, in addition to service cuts, to balance the budget.

The city council put a half-cent sales tax measure on the November 2010 ballot, with a five-year sunset clause. The measure passed, and the city council avoided having to make the most dire service reductions.

“Through this process, we were very happy to learn that residents wanted what was best for Concord, even if it cost them a little more money,” says Mayor Hoffmeister, “and this was reaffirmed with the passage of the sales tax measure.”

While the revenue measure does not solve the $5 million structural deficit problem in the long term, passage of the measure rebuilds the city’s reserves and gives Concord some time to benefit from the economic recovery, significantly reducing its structural budget deficit and allowing for less drastic solutions.