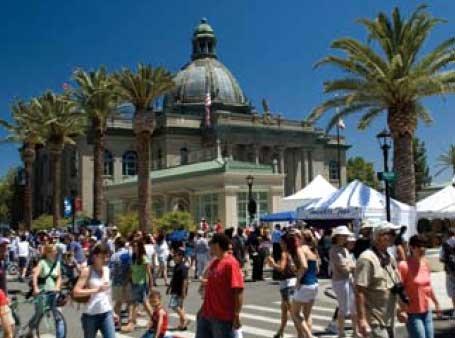 How Redevelopment Works for California’s Communities

John F. Shirey is executive director of the California Redevelopment Association and can be reached at jshirey@calredevelop.org.

Redevelopment works for California’s communities in these ways and more. That’s why it’s worth fighting to preserve this time-tested tool that revitalizes local economies and puts people to work throughout the state.

Throughout California, 399 active redevelopment agencies are implementing economic development-related projects in 749 project areas. These agencies are dedicated to revitalizing run-down neighborhoods and restoring vitality to tired downtowns. Increasingly, they are investing dollars in infill, transit-oriented developments and green buildings, as part of an overall statewide effort to reduce vehicle miles traveled and conserve natural resources. Redevelopment agencies leverage their funding to clean up brownfields (land contaminated by hazardous substances or pollutants) and make communities healthier. All of these investments support jobs and economic growth, which in turn produce tax revenues.

The Fresno Community Regional Medical Center expansion — a 58-acre, $350 million project — was the first major private development launched in the city’s downtown in decades. It is a unique partnership between the medical center, the Fresno Redevelopment Agency, the city and county and the University of California, San Francisco Medical Program.

The medical center is the largest private employer in the Fresno area, with 4,500 employees. The expansion created jobs for more than 1,000 new employees, and plans are under way to add another 320 employees. Most of the new positions are for registered nurses and clinical technicians.

The medical center expansion resulted in upgrades and improvements to existing buildings, streets and infrastructure. This development “primed the pump” for public-private investment in the downtown area for additional medical buildings, professional and commercial offices, retail stores and restaurants. The Fresno Community Regional Medical Center is home to the second-largest emergency room in California and also one of the busiest.

Education Village serves as the anchor for numerous development projects, including a state-of-the-art library, fire station and Police Department, along with a proposed community art center and community theatre. The project helped transform a formerly crumbling area of downtown National City into a vital urban core by providing the community and its low-income residents with convenient access to affordable education.

The Contra Costa Centre Transit Village is a sustainable, mixed-use transit-oriented development that includes a network of parks, plazas, open spaces, public art displays and affordable housing for very low-income households. Located in an unincorporated area of Walnut Creek in the east San Francisco Bay Area, the transit village is the product of a successful partnership between the Contra Costa County Redevelopment Agency, the Bay Area Rapid Transit District (BART) and a developer.

Today, more than 7,000 employees, 6,000 BART riders and 6,000 residents use the transit village. Its Green Sweep program provides free use of Segways and Smart Cars to people in the area who need to run errands or attend meetings.

The Contra Costa Centre Transit Village offers a prime example of how redevelopment, transit and sustainable development work together to creatively build better communities. Four properties within the transit village have secured or are awaiting LEED certification. A fifth property earned a large business sustainability award in 2009 from Sustainable Contra Costa, a nonprofit organization focused on increasing local sustainability efforts.

The Pacific States Steel Corporation project, located in the east San Francisco Bay Area community of Union City, encompassed 60 acres of environmentally contaminated land that lacked infrastructure, roads, drainage and utilities. The Union City Redevelopment Agency, which was formed specifically for this project, began cleaning up the site in 1988 after the abandoned property had been in ruins for a decade. Following the cleanup, the redevelopment agency played a lead role in the construction of 119 single-family homes and 216 multifamily units, with 30 of the multifamily units reserved as affordable for low- and moderate-income families. The new development spurred the cleanup of more than 30 acres of adjacent property as well.

The project stimulated transit-oriented development, resulting in 1,988 new housing units and 2,100 new jobs within a quarter mile of the local BART station.

Redevelopment made it possible for Union City to transform an abandoned, contaminated industrial site into a new, vibrant community. The site now has utilities and complete infrastructure, including roads, sidewalks, landscaping, and drainage. The former brownfield site, which sat idle for many years, now generates property tax revenues and has become a safe and healthy neighborhood for families.

The 2.4-acre Peyton-Grismer Revitalization Project in Burbank rehabilitated 11 buildings that comprised approximately 100 substandard, overcrowded housing units, where more than 70 percent of the residents are low income. The dilapidated site had been plagued with blight and neglect as well as high rates of crime and gang activity. In addition, the area was disconnected from key city services and programs.

The project turned the crime-ridden neighborhood into a secure community. Since rehabilitation commenced at the Peyton-Grismer site in FY 2004–05, the Police Department has received fewer calls for service in the neighborhood, including calls for serious crimes, such as shots fired, burglary, battery and assault. Such calls have declined about 20 percent every two years since 2004, with an overall 50 percent decrease in the past five years.

As part of the revitalization, the nonprofit Burbank Housing Corporation built an Activity and Family Resource Center that promotes learning for residents and provides after-school homework assistance, mentoring programs, volunteer opportunities, adult education classes, financial workshops and more. The center has strengthened a sense of community, and the renovations have helped instill a sense of ownership and pride for residents. Perhaps best of all, the Activity and Family Resource Center inspires a lifelong love of learning.

Redevelopment Creates a Sense of Place

Downtown Redwood City was once a thriving urban center, but it experienced a steep decline beginning in the 1960s. Major retail and entertainment establishments began leaving, which left the area lifeless in the evenings and on weekends.

As part of an effort to revitalize downtown, the Redwood City Redevelopment Agency built a new Courthouse Square on land formerly occupied by the courthouse annex, which had blocked the view of the historic courthouse building. Removing the annex created an opportunity to create a new entry to the courthouse and construct a public plaza.

The $52 million project, completed in early 2007, features improvements that include two semi-enclosed pavilions flanking the central plaza, a series of ornamental fountains that frame views of the courthouse, and an underground public parking garage. Shops and restaurants fill the pavilions, and the historic Fox Theatre and a 20-screen movie theatre draw evening and weekend visitors. The plaza provides a popular venue for concerts, plays, art shows, festivals and a wide variety of free entertainment. Downtown events on Courthouse Square and Main Street drew more than 120,000 visitors to a total of 135 events in FY 2009–10.

A Catalyst for Positive Change

Redevelopment serves as the backbone of California’s economic development efforts. In fact, redevelopment is often the only tool most municipalities have to spur local economic growth and job creation. Redevelopment works as a catalyst for positive change, and it will continue to work in building better California communities.

To learn more about the projects described in this article, visit http://www.calredevelop.org/cra/award_winners.aspx.

For a more detailed description of the Union City project, see this article.

For a list of Western City articles related to economic development and redevelopment, visit http://westerncity.com/economic-development-redevelopment.