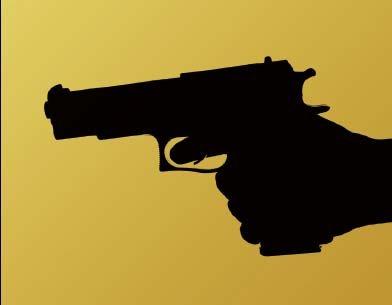 Amy Albano is city attorney for Thousand Oaks and immediate past president of the League’s City Attorneys Department. She can be reached at aalbano@toaks.org.

Congress ratified the Second Amendment in 1791 — along with the other first 10 amendments to the Constitution — as part of the Bill of Rights. The Second Amendment states, “A well regulated Militia, being necessary to the security of a free State, the right of the people to keep and bear Arms, shall not be infringed.” Yet it wasn’t until two years ago that the Second Amendment was found to guarantee a personal right to bear arms that was enforceable against federal laws or District of Columbia ordinances. And in June 2010, the U.S. Supreme Court concluded that the right to bear arms is a fundamental right that is incorporated against state and local governments by the 14th Amendment to the Constitution. What do these recent cases mean for local regulation of firearms? In some respects, they have presented more questions than they have answered.

The Supreme Court, in the 2008 case District of Columbia v. Heller1 struck down a Washington, D.C., law banning handguns and one that required lawful firearms in the home to be disassembled or trigger-locked. The court held that the Second Amendment confers an individual right to possess a firearm for traditionally lawful purposes such as self-defense.

In striking down the D.C. law, the Heller court did not articulate a specific constitutional test to apply to gun regulations. Rather, the court found that a total ban on handguns in one’s home would fail constitutional muster under any test. The court reasoned that the right to bear arms was not unlimited and stated that it did not protect the right of citizens to keep or carry “any weapon whatsoever in any manner whatsoever and for whatever purpose.” Furthermore, the court reaffirmed the validity of “longstanding prohibitions on the possession of firearms by felons and the mentally ill, or laws forbidding the carrying of firearms in sensitive places such as schools and government buildings, or laws imposing conditions and qualifications on the commercial sale of arms.” The Heller case, however, did not involve the Second Amendment’s application to the states.

In June 2010 for the first time the U.S. Supreme Court held that the Second Amendment’s right to bear arms is a fundamental right that is incorporated against state and local governments by the 14th Amendment to the Constitution (McDonald v. City of Chicago, III2). The court reiterated its holding in Heller that individual self-defense is the “central component” of the Second Amendment right and repeated the assurances from Heller that certain regulations of guns were still valid and their decision did not imperil every law regulating firearms.

McDonald did not invalidate the ordinances at issue, which effectively banned the possession of handguns in Chicago and a suburb, but rather sent the case back to the lower court to test the challenged ordinances. Like in Heller, the court did not articulate what constitutional standard should apply. The decision, therefore, does not invalidate any particular state or local law, but provides legal grounds for challenging gun measures especially in California, which does not have a “right to bear arms” provision in its state Constitution.

Normally, if a right is fundamental and applied to the states through the due process clause of the 14th Amendment, any law that seeks to limit that right will be judged by the most rigorous constitutional test, known as strict scrutiny. This test requires that a local law be struck down if the government’s need for it is not “compelling” and if the approach it takes is not the narrowest possible to solve the problem. Very few laws survive strict scrutiny. As explained here, however, the court did not set any standard. This may be because only four of the nine justices incorporated the Second Amendment through the due process clause. Justice Clarence Thomas, who voted with the majority, wrote a separate opinion finding that it was incorporated through the privileges and immunities clause of the 14th Amendment.

Most commentators agree that the only thing certain after Heller and McDonald is that there will be a flood of litigation to determine which state and local restrictions are constitutional and what constitutional standard or test will apply. Courts around the country have differed on what level of review should apply to gun regulation, and thus that issue is a likely one for future Supreme Court analysis. There is room for many questions, as Justice Stephen Breyer catalogued in McDonald, including:

Some commentators believe the decision is more symbolic than substantive, because 42 states in their constitutions already guarantee individuals the right to bear arms, and these doctrines are mostly the same as the application of the Second Amendment post-Heller.

Interestingly, the District of Columbia has survived a legal challenge to a new system of regulations implemented after Heller3. One law required that all guns be registered including that the person be fingerprinted, show knowledge of local gun laws, completion of a gun safety course and other requirements for gun ownership. Another contained an assault weapon ban, and the third contained a ban on large-capacity magazines. The trial court did not apply the strict scrutiny test because the court in Heller did not declare that the right to bear arms was a fundamental right. Given the pronouncement of the McDonald court, that it is a fundamental right, the trial court’s decision may not stand up to further judicial challenge.

California may not have to wait too long to find out which constitutional standard will be applied by the Ninth Circuit. One of the first cases to test what McDonald means when applied beyond a flat ban on handguns is Nordyke v. King4 from Alameda County. The county imposed a flat ban on bringing any guns onto any county property, which had the practical effect of banning gun shows at a county fairground. A panel of the Ninth Circuit, pre-McDonald, found that the Second Amendment applied to state and local governments, but upheld the ban. The court in Nordyke found in part that the ban fell within the exceptions listed by Heller; that is to say, a ban on carrying a weapon on government property. The court also did not apply a strict scrutiny test. That ruling was set aside when a special panel (which consisted of 11 judges rather than three) of the Ninth Circuit Court took on the case and then placed the case on hold pending the Supreme Court’s ruling in McDonald. Clearly this case will test the limits of banning firearms from sensitive government property.

For many people, the Supreme Court answered in Heller and McDonald the deep-seated question of which rights are protected by the Second Amendment. However, those cases left many other questions unanswered. One thing is certain: Local governments’ police powers to enact firearm regulations are no longer unbridled. More than likely, another Supreme Court decision will be needed to inform us of the extent to which the Second Amendment limits this important police power.