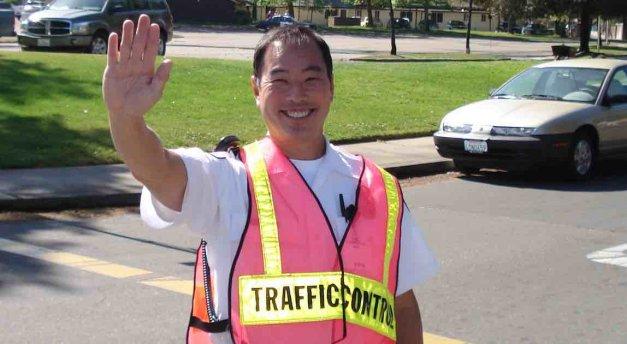 Sometimes the smallest things make the biggest difference. As a young adult, I left my hometown of Lodi to live and work in the Lake Tahoe area. After 10 years, I returned to Lodi in 1990 and moved into a “granny flat” belonging to my great-aunt and great-uncle, who had lived in their home for 50 years. I was dismayed to see that their neighborhood in the older part of the city had deteriorated over the previous decade. Gangs, crime and blight were on the rise.

A local newspaper article highlighted these concerns, and the city responded by establishing a committee to help residents organize and address neighborhood issues. My neighbors and I asked the city for code enforcement sweeps and began advocating to get the broken sidewalks, curbs and gutters repaired. We applied for grants to install motion-sensor lighting in dark areas to deter crime. As the momentum grew, the grassroots campaign adopted a slogan: “If everyone swept in front of their own house, the entire city would be clean!”

My neighborhood reflected the area’s history and its growth, with an aging German-American community and a younger Latino community. Bringing people together around a common desire to improve their neighborhood was unprecedented in this multicultural part of town, but over time its success led to broader efforts, including a plan to replace the old, crumbling sewer and water lines and install water meters. (Funding for these improvements came from an extra line item on residents’ utility bills, and the new infrastructure will be completed in 2018 without the city incurring any additional debt.)

Working side by side with my neighbors changed my perspective about the community’s ability to bridge the cultural divide. Block by block and with the help of the city, we made positive changes that improved the quality of life in our neighborhoods. We celebrated by organizing a family fun event with a fair in conjunction with National Night Out.

Neighborhood-based efforts continued to produce results. This process was enhanced by the contributions of the City of Lodi’s community development manager, who oversees and coordinates community outreach and advocacy. The Community Services Department works with local nonprofit organizations and community groups to serve the needs of all our residents.

In the early 1990s, the city launched the Lodi Police Department Partners program. Residents age 55 and older complete a training course and volunteer their time. They help with vehicle tagging, code enforcement, traffic at special events, and office and clerical work. This program was so popular that the city expanded it to allow residents age 30 and older to volunteer. This enables the Police Department to draw upon a larger pool of volunteer assistance, and it’s a win-win for the community and the department.

The city reached out to the Lodi Chamber of Commerce in 1994 to gauge its members’ interest in supporting community improvements. Essentially the community development manager’s pitch was, “If you don’t have a healthy community as a whole, it’s not good for tourism and the local wineries, which drive economic activity in Lodi. Your workers deserve to live in a safe, clean environment where they are not afraid for their kids to walk to school.” Ultimately, in 2016, chamber members concurred, and the chamber paid for a professional facilitator to work with the community. This sparked new interest in making local improvements and was the catalyst for future efforts.

Recently, a group of Latino residents wanted a community garden and approached the city with their request. Many of them did not speak English, so the city borrowed translation equipment provided by the Institute for Local Government. The city provided an interpreter, and the equipment allowed the non-English speakers to participate in a discussion with non-Spanish speakers. The city agreed to establish the garden and located it at the Loel (Lodi Elderly) Senior Center. This process provided a positive way to connect with the senior Latino community and their families, who now understand that the center is a resource for them, too.

As our cities and communities have grown and people have become more mobile over the past half century, the small-town feeling of community that many of us experienced as youngsters has become more elusive and harder to sustain. Volunteering gives us a sense of connectedness with our neighbors and our community at large — the feeling of being part of a broader effort that helps to make a positive difference for all can provide profound satisfaction.

Volunteer work helped me better understand my community in many ways. In addition to volunteering in my neighborhood, I participated in the municipal Budget and Finance Committee, which provided insight into the details of how the city operates. My involvement in these efforts ultimately led to my running for a seat on the city council in 2004, and I have had the privilege of serving on the council since then.

One of the most important things council members can do for their community is to empower city staff to help residents and neighborhoods identify needed changes and improvements. The city staff should ask the community, “How can I help you, and what do you need?” Such discussions can produce a list of projects for consideration and kindle the interest of potential volunteers. When people get involved in civic affairs because they care about a certain issue and want to make a positive difference, everyone benefits. These simple steps are the building blocks that help create healthy, vibrant communities.

Youth services, seniors, gardening, public safety — whatever your individual passion or local need, the key message to our residents is this: The city stands ready to work with you to improve the quality of life for all.