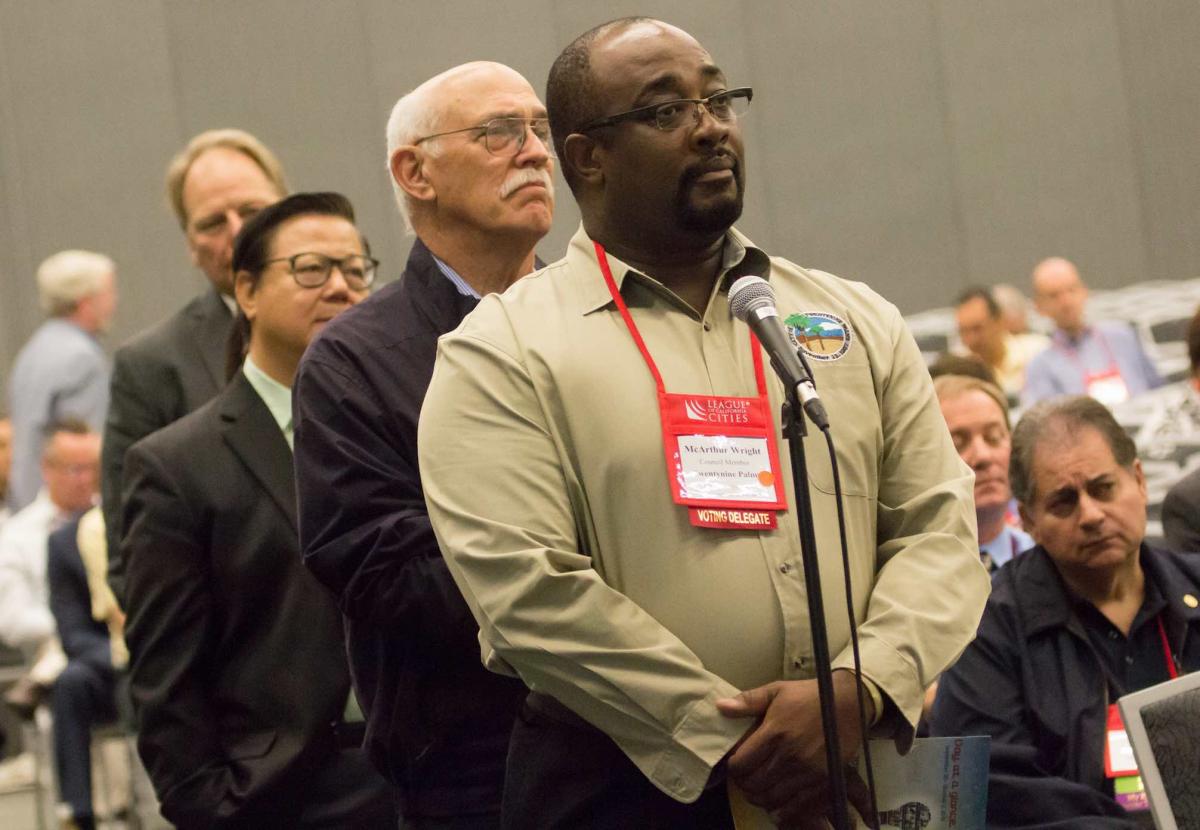 Invest in Your City by Participating in League Policy Development

The League’s strength lies in its members, and city officials’ voices are integral to shaping League policy on issues affecting local government in California. Busy city officials can choose from numerous ways to engage in League advocacy efforts and contribute on a statewide level to major policy debates with implications for California cities. Activities range from helping your city take positions on legislation and contacting your legislator to serving on a policy committee or the League board of directors to establish the organization’s positions and direction. City officials who participate in the League’s policy development and advocacy join forces with their colleagues in cities throughout the state and the League’s team of professional lobbyists in Sacramento. 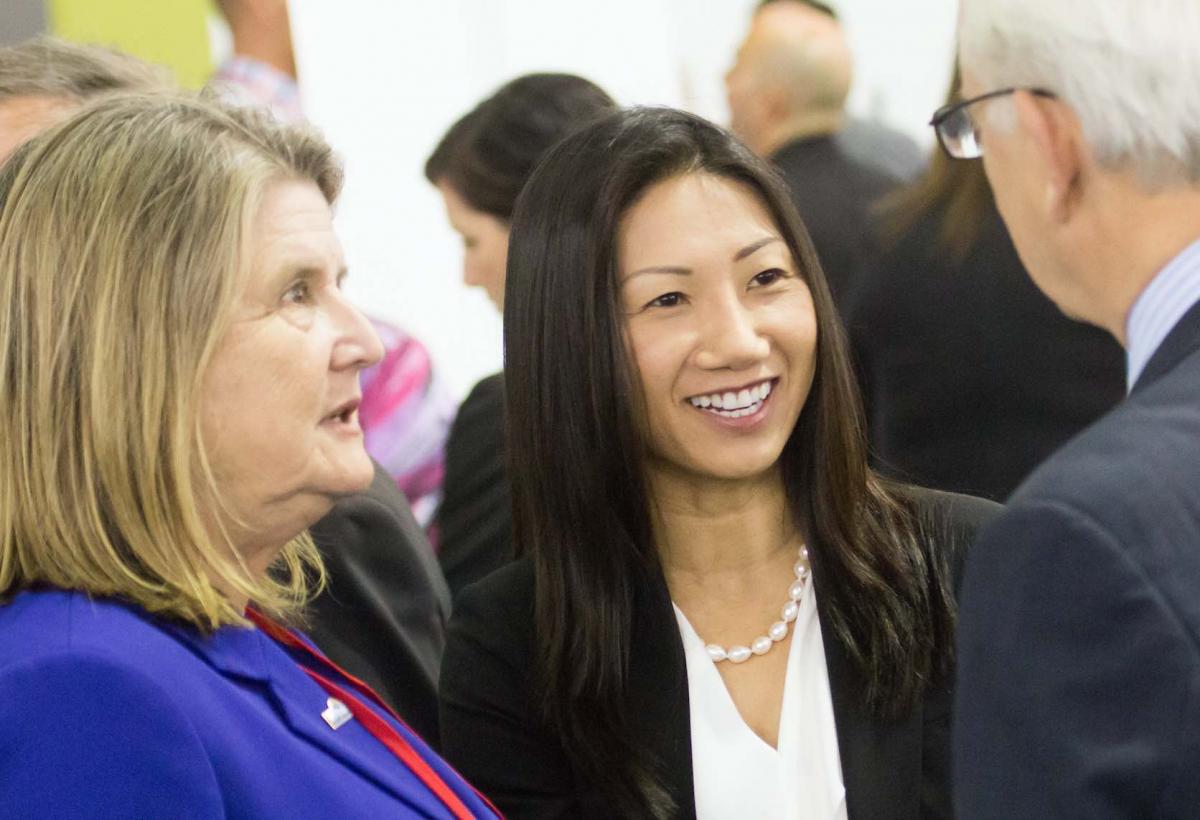 Learn About the Issues

Education is the first step in preparing to participate in policy development because municipal policymaking is complex. The League’s communication channels keep city officials up to date on developing issues, legislative updates, breaking news and upcoming policy briefings.

The League website, www.cacities.org, offers extensive resources on a wide range of issues that cover every facet of city operations.

In addition to conducting its regular conferences geared toward the major municipal professional departments, the League hosts legislative webinars. These either address a single bill or topic or cover all priority legislation, such as the pre-Legislative Action Day webinar in the spring and the summer bill briefing webinar that prepare city officials to engage on legislation in the final weeks of the legislative session. Division meetings provide another opportunity to learn about issues of importance to cities. And the League’s regional public affairs managers frequently give a legislative update or policy briefing as part of monthly events in their divisions.

Use Your Voice to Influence Legislation

Throughout the legislative cycle, the League calls on city officials to work with the organization to support or oppose legislation and policy proposals. The unified voices of California cities have power — effective advocacy by League members moves positive bills forward and stops legislation that would harm cities and Californians.

The regional public affairs managers send action alerts on the most urgent issues to mobilize League members. Action alerts also go out through the League’s Advocacy App during key times when city officials are asked to contact their legislators immediately to weigh in on pending legislation. Taking action involves a combination of phone calls and letters to your legislators to explain the ways in which a particular bill would affect your city, using real-life examples and data. The League creates sample letters and talking points that you can tailor to reflect your city’s experience.

You can track legislation and locate the League’s position letters and sample letters on legislation at www.cacities.org/billsearch by entering a bill number into the search engine.

League members consider policy positions proposed by member cities each year during the General Assembly at the League of California Cities Annual Conference & Expo. Cities put forward resolutions in advance to be considered by League policy committees and, ultimately, the voting delegates who represent each city at the General Assembly. July 14 was the deadline to submit resolutions for consideration at the 2018 conference, but city officials can still be part of the policy process this year by representing their city as a voting delegate. Each city can designate one voting delegate and two alternates. The voting delegate form is due to the League by Aug. 31, 2018. Learn more at www.cacities.org/ACResDirections.

Resolutions to address late-breaking issues may be introduced by petition at the annual conference. To qualify, a petitioned resolution must be signed by 10 percent of the voting delegates and submitted at least 24 hours before the beginning of the General Assembly. All qualified petitioned resolutions are forwarded to the General Assembly for consideration. For more information, visit www.cacities.org/resolutions.

Join a Policy Committee and Help Make Recommendations to the Board

One of the most effective ways to participate in policy development is by joining one of the League’s seven standing policy committees for:

Each year, these policy committees bring together over 350 elected and appointed city officials to review legislation, debate issues and make policy recommendations to the League board of directors. Participating city officials contribute their expertise, experience and perspectives to these discussions. Policy committees meet up to four times a year, and the meeting locations typically rotate between Northern and Southern California.

Because policy committee members comprise city officials who are appointed by their divisions, departments and the League president, there are several ways to serve on a committee that matches your interests. 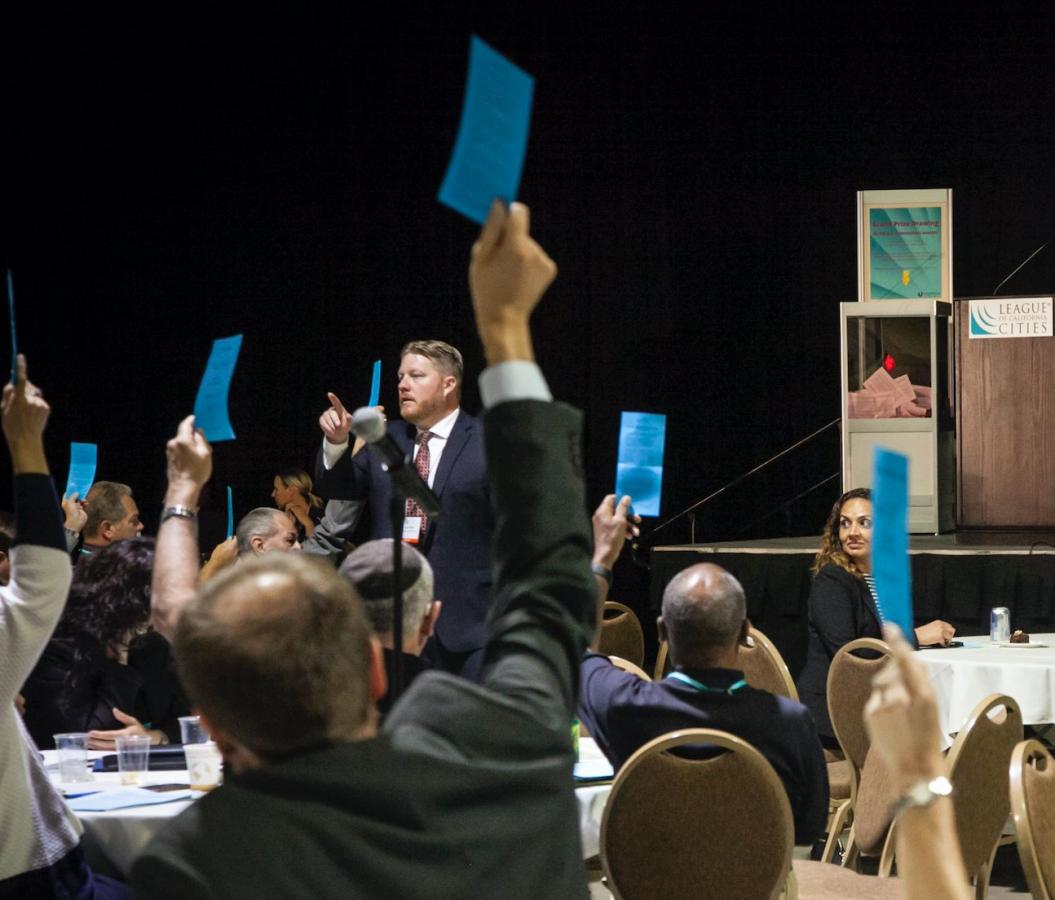 Consider becoming a member of the League board of directors if you are interested in making a major contribution by taking action and determining final positions on important legislation, policy proposals and qualified ballot measures. The board attracts city officials who often have been active for several years in the organization and have experience either on policy committees or in their divisions and municipal department activities. This previous experience prepares them for the high-level policy discussions and debates during which board members take action that sets the organization’s direction.

A city official can pursue several paths to become a member of the League board of directors. The board comprises members from each of the 16 divisions, 11 municipal departments, the mayors (or mayors’ designees) of the 10 largest cities by population and 12 at-large positions. At least one of the at-large positions is held by a city official who represents a small city with a population of 10,000 or fewer residents. In addition, city officials who serve on the National League of Cities Board of Directors have a seat on the League board.

If you are interested in representing your division on the board, talk with your regional public affairs manager to find out how your division handles these appointments. Departments hold elections for their League board representative. Each year, six at-large director positions become vacant with notification going out to city officials in the spring to apply.

This year the League celebrates its 120th anniversary. The organization’s longevity is testament to the power of elected and appointed city officials working together to ensure that legislators and lawmakers take city priorities into consideration when passing legislation.

The League’s inclusive policymaking process brings as many voices as possible to the table as part of effectively advocating for California cities. Because there are so many different ways to help shape policy, the League encourages all members to contribute and help advocate with its team of professional lobbyists.

The League’s strength lies in its numbers and the unified voices of California cities. Every one of our city officials can make a difference by helping to shape the statewide policies that make a critical difference in the quality of life for our residents and communities. Invest in the future of your city by getting involved with the League’s advocacy and policymaking activities.