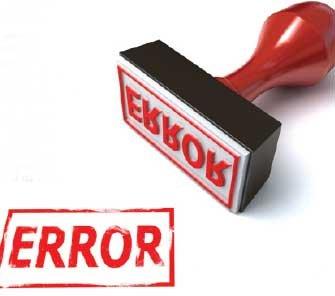 The battle over the governor’s proposal to shut down local redevelopment agencies continues to play out in the state Capitol. It is unlikely to be resolved quickly.

Eliminating redevelopment will bring little financial benefit to California. However, it will permanently destroy hundreds of thousands of jobs, wipe out billions of dollars in local economic activity and obliterate a key tool that local governments use to meet the state’s infill land-use objectives.

The state Department of Finance acknowledges that after FY 2011–12, the state will realize zero savings from shutting down redevelopment. Redevelopment agencies have more than $87 billion in bond and other contractual obligations that legally must be repaid before revenues can be made available for any
other purpose.

In addition, killing redevelopment will cause serious and permanent economic damage at the local level. Redevelopment activities:

Ending redevelopment will also take away one of the few tools local governments have to comply with state requirements to plan for more compact urban land use supported by transit-oriented development, housing, jobs and infrastructure.

Abolishing redevelopment could violate the U.S. and California Constitutions, which prohibit impairment of contracts. Redevelopment agencies have more than $87 billion in contractual obligations and have entered into tens of thousands of contracts with banks, developers and bond issuers. The Legislature cannot constitutionally abrogate those contracts or unilaterally substitute a new party to replace the redevelopment agency without the consent of the other parties to the contract.

Jeopardizing these contractual obligations will shake investor confidence and the creditworthiness of the state. It will also increase state and local bonding and borrowing costs for years to come.

In my city, Modesto, losing redevelopment funding would have devastating consequences for our community. Without redevelopment, the city’s efforts to revitalize the downtown area and provide affordable housing would come to an abrupt halt. The city has two major projects on the horizon that will not be possible without redevelopment.

The threat of losing redevelopment as an economic development tool is exacerbated by the ongoing grim fiscal conditions. Unemployment in California is high, and jobs are few.

If the state succeeds in killing redevelopment, five or six years from now it is likely to be regarded as one of the worst mistakes California ever made in terms of economic development and growth.

A broad coalition of mayors, council members, local governments, business and labor organizations, environmental leaders and affordable housing advocates oppose the state’s attempt to kill local redevelopment. If you have not yet joined this effort, I urge you to do so now. Visit www.ProtectOurLocalEconomy.com and www.MyVoteCountsCA.org to
learn more.