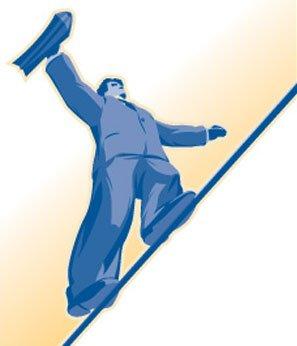 A Leader’s Dilemma: Ethics Versus Expediency

This column is a service of the Institute for Local Government’s Ethics Project, which offers resources on public service ethics for local officials. For more information, visit www.ca-ilg.org/trust. Special thanks to Best Best & Krieger for its support of this column.

A colleague and I have been debating: Do worthy ends ever justify questionable means? We are elected leaders who are very committed to pursuing certain goals for our community, and our discussion is taking place in that context.

Throughout history, philosophers have debated whether the ends can justify the means.1 While this column is unlikely to resolve that debate, it presents a practical analysis based on situations that might cause leaders to ponder this question.

Wanting to make good things happen within one’s organization and community is indeed a worthy end. The question is: Does everyone in the community agree on whether a particular result is a worthy end or the most worthy goal to pursue at this time? In a democracy, various processes — such as elections — allow the community to weigh in on this.

“Questionable” means are generally means that conflict with one’s core values, which typically include trustworthiness, fairness, respect and responsibility.2 Examples of questionable means include those that are dishonest, unfair or at odds with one’s responsibility as an elected leader to pursue the public’s interests.

Challenges Along the Path to Leadership

Making a difference (a worthy end) often requires being in a position of influence. For elected officials, this means getting elected; for staff, it means getting hired or rising through the ranks.

A more difficult dilemma can occur when you are asked to make certain commitments to people who are in a position to help you achieve a certain goal. If these commitments jibe with your own sense of what’s best, it’s not a problem. But what if they don’t? What if the commitment involves compromising your beliefs?

It can be tempting to compromise (perhaps by telling yourself “it’s just this once”) to get to the position where you can make those good things happen. In such circumstances, people may rationalize that this worthy end justifies the compromise.

A Practical Example of Steadfast Adherence to Values

The hazards of such a rationalization are illustrated by a true story involving a man and his ambitions. In the early 1970s, a young man found himself vying for the position of chief executive of an important organization — a position he very much wanted to occupy.

He was asked by a politically powerful faction within the organization to make a certain commitment in exchange for their support. The commitment wasn’t to do anything improper or unethical, but it nonetheless conflicted with his sense of what would be best for the organization. In fact, he worried that if he agreed to the group’s demand, it would divide and damage the organization’s effectiveness.

The faction threatened to block his appointment if he refused to go along. He declined, and he still got the position.

This story illustrates several dynamics. What would have happened if he had yielded to the group’s demand? First, he would have compromised his values — his responsibility to do what he felt would be best for the organization. Responsibility is a core ethical value.

Second, he would have created a situation where he was potentially working in an organization that was not aligned with his values. More practically, he might have bought into an arrangement that would have made his job much harder.

Finally, he would have signaled to the group (and others) that getting and keeping the position was more important than his values. From that point on, the group and others would know that the threat of losing the position was a key leverage point they could exploit. They would have the ultimate power and he would not. If you want to be a leader, it’s very hard to lead under these circumstances.

Leadership and Commitment To Values

The time to be concerned is when you know that you’re being unfaithful to your core values. Identifying a worthwhile end usually is part of a rationalization to justify the compromise. The reasoning usually goes something like, “If I don’t do X (something inconsistent with my values), I won’t be able to do Y (a worthy end).”

What would have happened if the young man had not gotten the job? For someone who wanted to lead the organization according to his own compass, it would have been for the best. If getting a position requires you to compromise your values, it’s reasonable to ask whether the position is the right one for you. If the people who control whether you get or keep the position have values that are out of sync with your own, then you are consigning yourself to an ongoing conflict that you are unlikely to win.

How did the young man ultimately get the job? He explained to the group that, should he get the position, his key goal was to unite the organization behind a common goal that they all agreed was worthwhile. That’s what leaders do. He found a common goal and value that everyone could agree to — enough that the group didn’t block his appointment. He didn’t have to compromise his values in order to achieve his goals. He went on to successfully lead the organization for decades.

Civic expert John Gardner notes in his book On Leadership3 that leaders put heavy emphasis on vision, values and motivation. That’s what the young man in the case story did: He encouraged the group to think beyond its positionthat something should happen and instead think in terms of a common vision of the organization’s effectiveness. He appealed to people’s shared sense of responsibility for that effectiveness, thus avoiding the need to compromise on his own sense of what would be best for the organization.

Thinking in terms of core values — those with which most people agree — can be an effective leadership strategy that reduces pressures to engage in ends-justify-the-means thinking.

Certainly this is hard work. It’s important to be realistic: Leaders will not always succeed in encouraging competing factions to find common ground. In the end, a leader is also a decision-maker who will have to decide what’s best for the community and be prepared for powerful interests to disagree. This is the essence of leadership.

Other Applications of the Principle

Past “Everyday Ethics” columns have analyzed other applications of the principle that potentially worthy ends don’t justify questionable means. For example:

These examples illustrate another dynamic. Sometimes the most important end isn’t a specific governmental decision or result but rather for the public to be confident that public officials are making decisions the right way.

In short, leaders have a choice between two philosophies.

Fundamentally, the question is what kind of leader you want to be and what kind of leader the people in your community are willing to entrust with power and authority. Ask yourself: Is it just about getting good things done or does it matter how things get done?

Add your thoughts to those presented here by logging on to the Institute for Local Government website at www.ca-ilg.org/meansversusends and posting a comment to supplement this article.

Thanks to Our Supporter

Coalition-Building and Commitment to Values

In political contexts, getting and keeping a position frequently involves building and maintaining coalitions. As civic maven John Gardner notes in his book On Leadership, reconciling diverse perspectives and purposes is a key task of a leader.6 He observes that when functioning at their best, leaders and governmental processes involve combining diverse perspectives that achieve shared purposes and values.7 Compromise, particularly on positions, can be a part of that process.

The key to such coalitions’ success is to be based on shared values (which then are likely to result in shared positions on an issue, but not always). A strength of these coalitions is that people who have a strong allegiance to core values respect others who operate according to their values, even when they disagree about how those values should apply in a given situation.

[1] See, for example, the contrast between deontological ethics and consequentialist ethics analyzed in Stanford Encyclopedia of Philosophy, at http://plato.stanford.edu/entries/ethics-deontological/.