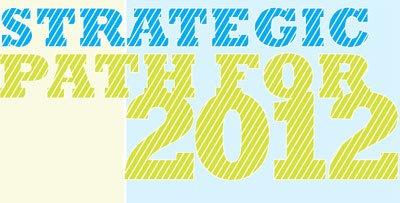 League Board and Leaders Chart Strategic Path for 2012

The Chinese philosopher Lao-tzu is widely credited with saying, “A journey of 1,000 miles begins with a single step.” The League board of directors took a number of steps in the organization’s 2012 journey when they met with leaders of the League’s 16 divisions, 11 departments, eight policy committees and five diversity caucuses in San Diego for their annual strategic planning session in mid-November.

These 130 leaders heard briefings on the League’s efforts to advance its 2011 strategic goals as well as the status of pending litigation and upcoming ballot measure proposals affecting cities. Then they broke into small groups to discuss potential areas of League focus for 2012. Each group reported its recommended priorities, and the recommendations were distilled into six potential goals. Each participant then identified his or her top three out of the six.

The three priorities that emerged from this process are:

The board’s top priority — sustainable and secure public employee pensions and benefits — reflects the League’s commitment to continue the work begun last year with the support and leadership of the League’s City Managers Department, which culminated in the development and adoption of the League’s pension reform policy (online at www.cacities.org/pensions). This strategic goal was updated to reflect an equal concern about the growing cost of OPEBs, such as retiree health insurance, dental insurance, etc., which sometimes also extend to coverage of retirees’ dependents.

Many experts have observed that the long-term sustainability of OPEBs provided by state and local governments will be even clearer once the requirements of the Governmental Accounting Standards Board for publishing unfunded OPEB liabilities in local audit reports are fully implemented. Addressing the issue of OPEBs is further complicated by a recent ruling of the state Supreme Court that OPEBs could be protected by an “implied” contract between a public employer and employees arising from an ordinance establishing the benefit.

The second strategic goal to promote local control is, of course, the foundation for virtually everything the League does. The specific focus of this goal, however, is on the need to be vigilant in protecting local land use and revenue-raising authority along with the general redevelopment and regulatory powers of cities. As a group the League leaders generally agreed that, based on our experience in the last legislative session, we should expect increased efforts by the Legislature to erode the authority of city councils in these areas.

Finally, the board reiterated its commitment to build partnerships with groups and individuals to improve the operation and transparency of state government and the intergovernmental system. This goal potentially embraces some of the reform proposals that have been submitted in initiative form for the November 2012 ballot as well as legislative proposals to overhaul legislative procedures and make the process more transparent.

City officials who attended the League’s 2011 Annual Conference & Expo in San Francisco will remember that the issue of transparency in legislative proceedings was the subject of a petitioned resolution (www.cacities.org/resolutions) proposed by the board of directors. That resolution calls for the California Legislature to adopt and forward to the people at the next General Election a constitutional amendment to increase the transparency of the legislative process and promote public access to ensure that all California residents have a reasonable opportunity to:

League staff believes legislation to implement these recommendations will be introduced in the near future.

In tandem with these strategic goals for 2012, the League will be participating in a wide range of legislative and ballot measure-related activities that are designed to provide flexibility to city leaders in dealing with the continued economic challenges of this era of declining resources and increasing public demands.

As city residents continue to look to their city councils and management for leadership and excellence, the League will work tirelessly to provide you with the tools to respond effectively to your residents’ needs and concerns.