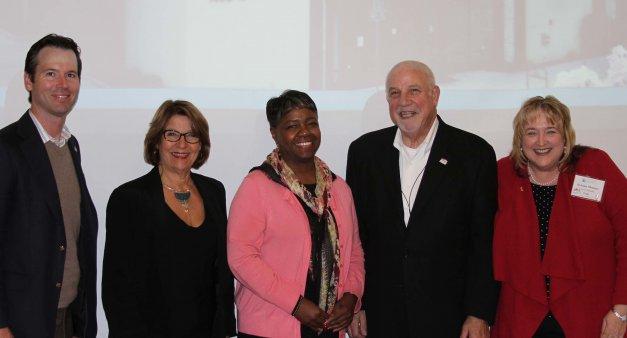 At the annual League Leaders’ Planning Workshop and subsequent League board meeting in Santa Cruz, Nov. 28-Dec. 1, 2017, nearly 160 leaders from the League’s divisions, departments, policy committees, diversity caucuses and board of directors met to develop the organization’s strategic priorities for 2018. They also reviewed the League’s progress on its 2017 strategic goals and other legislative accomplishments over the past year. This inclusive and interactive annual gathering of highly engaged city leaders from throughout the state ensures that the League’s top priorities reflect the common interests of California cities.

The initial part of the meeting involved an assessment of progress toward accomplishing the organization’s 2017 goals (listed below). For more details on these efforts, see the “2017 Legislative Year in Review” article.

Progress: Following a multi-year effort by the League, the California State Association of Counties (CSAC) and other organizations in the Fix Our Roads Coalition to both educate about and advocate for a comprehensive transportation infrastructure funding solution, an agreement finally materialized in 2017. The Road Repair and Accountability Act of 2017, which comprises SB 1 (Beall, Chapter 5, Statutes of 2017) and ACA 5 (Frazier, Chapter 30, Statutes of 2017), combines dedicated funding with strong accountability measures. SB 1 provides an additional $5.4 billion annually for the state and local transportation system, of which $1.5 billion is dedicated to city and county street and road repairs. For cities, it doubles the amount of road maintenance funds they will receive to fix their streets. ACA 5, which is scheduled to appear on the June 2018 ballot, extends constitutional protection to new funding sources to ensure they will be used for transportation purposes only.

The passage of SB 5 (de León, Chapter 852, Statutes of 2017), a $4 billion parks and water bond scheduled to appear on the June 2018 ballot, is another win for cities that the League helped secure in 2017. It includes $425 million for per capita allocations with a $200,000 minimum for each city for park funding, $725 million for “park-poor” communities and additional funding for state park improvements, nature conservancies, climate and environmental programs, flood control, Salton Sea improvements and drought and drinking water projects.

2. Develop Realistic Responses to the Homelessness Crisis. Increase state and federal funding and support to provide additional shelter and services to California’s homeless and advance the recommendations of the CSAC-League Homelessness Task Force.

Progress: In addition to supporting SB 2 and SB 3, which include funding for homelessness prevention, the CSAC-League Homelessness Task Force continued its efforts in 2017 to identify practical solutions city leaders can implement. The Task Force recommendations will be released in the first quarter of 2018.

Progress: When Gov. Jerry Brown signed the “housing package” of bills in September 2017, it capped a legislative year focused on housing production for families of all income levels. During the session, lawmakers introduced more than 130 housing-related bills, many of which targeted local discretion and land-use authority.

Progress: The League supported several measures to help address the concerns of local officials over the new sentencing laws; however, these measures either failed to move or, in the case of AB 1408, Gov. Brown vetoed the bill. This measure sought to improve the management of ex-offenders subject to post-release community supervision.

Throughout 2017, the League opposed and was successful in obtaining amendments to multiple cannabis trailer bills. As implementation of the AUMA proceeds, the League will continue to be vigilant in protecting local authority and local revenues. 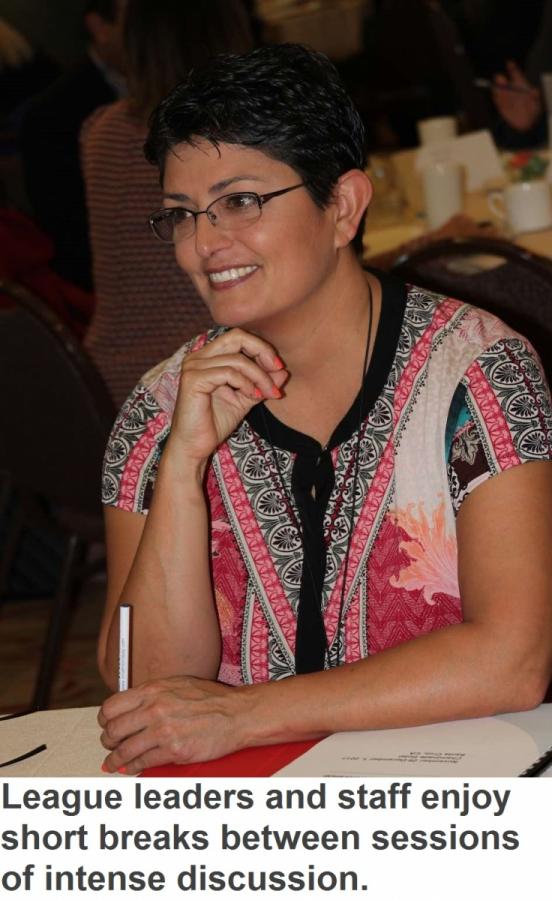 Despite significant progress on our strategic priorities, local control continued to be under threat in the Legislature. One measure would have forced local governments to lease public property to industry and dictated the rents that the local government could charge the user. Another measure would have virtually outlawed local governments’ ability to contract out for city services. The League and hundreds of city officials opposed both bills. Ultimately, Gov. Brown listened to cities and vetoed the first one, and cities were carved out of the second one.

The interactive goal-setting process is an important responsibility of the League’s leadership each year. The discussion and debate provide an opportunity for all the League’s leaders to examine the most pressing priorities for California cities and set the League’s direction for the coming year. The goals focus the organization by providing a framework for our advocacy priorities.

At the board meeting following the workshop, the League board of directors approved four strategic goals for 2018:

More information on the 2018 goals is available at www.cacities.org/priorities.

Thank you to all the League leaders who participated in this year’s priority-setting process. The League is effective on behalf of its city members because of you and your commitment to serve as a leader in the organization. Let’s have a great 2018!

This article appears in the February 2018 issue of Western City
Did you like what you read here? Subscribe to Western City »