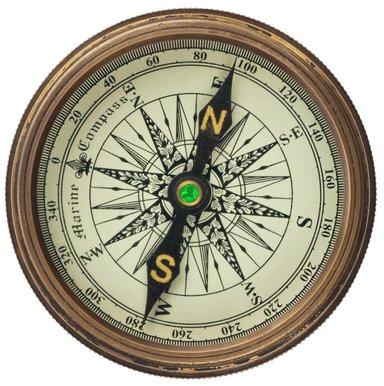 With the November elections in the rearview mirror, the League board of directors met Nov. 15–16, 2012, in Sacramento. The board joined approximately 50 officers and directors of the League’s divisions, departments, diversity caucuses and policy committees to review the organization’s progress over the past year and chart a strategic path for 2013. More than 100 city officials participated in the two-day process. They examined the League’s strategic accomplishments, debated its challenges and adopted strategic goals to guide the organization in the year ahead.

The timing of the two-day retreat couldn’t have been more appropriate. After two years of both significant achievements and serious setbacks for local control and revenues, the League board of directors recently appointed a special task force of city officials representing the League’s 16 regional divisions, City Managers’ Department and City Attorneys’ Department. Titled the Strategic Initiatives Task Force, its purpose is to carefully evaluate the advocacy strategies the League should employ over the next few years to expand and protect local control and funding for cities and the vital services they provide. League First Vice President José Cisneros, San Francisco’s treasurer, chairs the task force, and League Second Vice President Tony Ferrara, mayor of Arroyo Grande, serves as vice chair.

Recognizing that state and local governments have important and complementary roles to play in our governmental system, the task force examined a range of possible strategies the League can and should consider to collaborate more closely with the Legislature, governor, counties, schools and special districts to meet the important service needs of Californians. At the same time, the task force reaffirmed that collaboration with the state and other local agencies can’t be pursued at the expense of consistency with the League’s mission “to expand and protect local control for cities … .”

1. Build Lasting Partnerships. Develop and strengthen long-term relationships and partnerships with new and returning state policy-makers and other stakeholders with common interests to better serve and enhance the quality of life for all Californians.

Comment: The task force report outlines a number of very specific recommendations for outreach to state officials and our counterparts in local government. League divisions and diversity caucuses would play key roles in outreach to current and future state legislators. The task force recommendations contemplate a significant effort to build strong relationships with state and other local government officials. These partnerships will guide many future League legislative and ballot measure initiatives.

Comment: Significant strides were made last year in drafting these types of legislation that will be pursued in collaboration with other stakeholders who have similar interests in local government, as well as housing and business groups.

3. Continue Pension and Other Post-Employment Benefits (OPEB) Reform. Continue and expand upon recent efforts at pension and OPEB reform to ensure the long-term affordability and responsiveness of public services for city residents.

Comment: While progress was made on pension reform last year, which the League helped lead, more remains to be done on both pension and OPEB reform. Efforts focusing on this goal will build on the great work of the City Managers’ Department on these issues, including the work of its current OPEB Task Force.

4. Implement an Effective League Branding Strategy. Develop and implement a marketing and branding strategy that effectively communicates the League’s identity along with the unique benefits that city officials, our partners and the public can expect from the League, its products and services.

Comment: This internal operations goal will build on the recent upgrades of the League website and publications by exploring low-cost ways to expand the impact of the League’s advocacy and educational work of protecting and enhancing local control for cities. Such efforts could include careful survey work with city officials.

As always, the League board and staff welcome your feedback on these goals and the work of the organization. The strength of the League will always depend on the grassroots involvement of city officials that has made it an effective voice for municipal governments and local control over the years. The League’s continued effectiveness will depend on that same involvement. Thank you for your support, ideas and suggestions on how we can improve.

This article appears in the January 2013 issue of Western City
Did you like what you read here? Subscribe to Western City