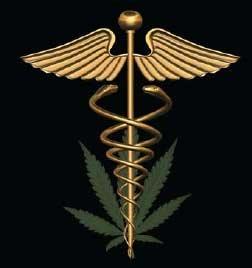 This article addresses how cities that support patients’ access to medical marijuana can use an effectively drafted ordinance to permit properly run cooperatives or collectives, regulate them and keep them from proliferating.

California cities may adopt ordinances that do not conflict with state or federal laws.1 Marijuana is a controlled substance that may not be cultivated, possessed or used under federal law.2 The U.S. Supreme Court determined that strict compliance with California’s medical marijuana program will not insulate a marijuana user or supplier from federal prosecution.3 Nonetheless, the current U.S. Justice Department has indicated that dispensaries operating in accord with California law will not be a priority for federal prosecution.

A local ordinance regulating cooperatives and collectives is also consistent with state law. The Legislature stated a clear intent to enhance medical marijuana access through collective and cooperative cultivation projects,6 indicating the law contemplates collective distribution. Nothing in state law prohibits collectives from maintaining a place of business,7 and each city must determine how to regulate this use to ensure collectives operate within the narrow parameters of state law. Consequently, an ordinance permitting a use that is contemplated under state law and implements a state policy by making medical marijuana more accessible to seriously ill patients should be considered a proper exercise of a city’s legislative authority.

The California Court of Appeal has determined that the state’s authorization of cooperatives and collectives is intended to facilitate the transfer of medical marijuana to qualified patients. The court also found that storefront dispensaries that qualify as “cooperatives” or “collectives” and otherwise comply with state law, as interpreted by the attorney general, may operate legally.8

The attorney general published guidelines to clarify how a legitimate cooperative or collective is operated. The guidelines:

Unlike an agricultural cooperative, a “collective” is not defined under state law, but it similarly facilitates agricultural collaboration between members. A co-op, by definition, files articles of incorporation and must abide by certain rules for its organization, elections and distribution of earnings. A co-op’s earnings must be used for the general welfare of its members or be distributed equally in the form of cash, property, services or credit. Both co-ops and collectives are formed for the benefit of their members and must require membership applications and verification of status as a caregiver or qualified patient; they must also refuse membership to those who divert marijuana for non-medical use. Collectives and co-ops should acquire marijuana from and allocate it to only constituent members.

Storefront dispensaries that deviate from these guidelines are likely outside the scope of state law and may not be permitted at the local level.

The most obvious methods for regulating the distribution of medical marijuana are through a zoning ordinance or regulatory business license ordinance — or a combination of both. Some cities require that collectives obtain a conditional use permit. West Hollywood recently rejected this approach. The city wanted a mechanism to examine an operator’s criminal background and did not want the use to run indefinitely with the land. Consequently, the city’s medical marijuana collectives are a permitted use in certain commercial zoning districts subject to distancing requirements from sensitive uses and other collectives, with a cap of four facilities operating at one time.

West Hollywood consulted with existing collective operators when drafting the operating requirements contained in its regulatory business license ordinance.10 The requirements include criminal background checks, compliance with the attorney general’s standards for collectives (such as cash management practices), security requirements, limitations on operating hours, and a requirement that marijuana cannot be consumed onsite. Collectives may not occupy a space larger than 4,000 square feet, may not issue doctor recommendations onsite and are subject to limitations on the source of the collective’s marijuana. The city holds bimonthly meetings with law enforcement and collective operators to address any negative impacts associated with the operations.

On the other hand, the cities of Arcata,11 Santa Cruz12 and Malibu13 effectively regulate collectives by requiring a use permit and imposing strict distancing requirements and operating standards. Arcata additionally subjects each collective to an annual performance review.

Most cities that permit collectives have determined that the distancing requirement and a cap on the number of facilities are the most effective ways to prevent an overconcentration of this use. The combination of the effective regulatory mechanism and the working relationship with collective operators has also proven to meet the goals of supporting access to medical marijuana while controlling negative impacts and the proliferation of collectives in a city.