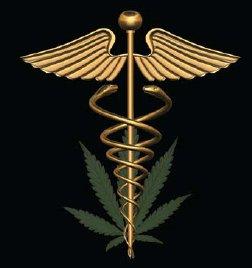 Cities traditionally exercise nearly exclusive control over land use. They regularly invoke their land-use authority to limit or prohibit the location of various types of businesses and operations within their communities. They do so under their basic police powers, which permit them to adopt laws protecting health, safety and welfare. In instances where the state has not pre-empted local law-making authority, a city is free to regulate. Medical marijuana dispensaries are not expressly mentioned in either the Compassionate Use Act (CUA) or in the Medical Marijuana Program Act (MMP); and in the recent City of Claremont v. Kruse case the court’s decision confirmed that these laws do not pre-empt a city’s enactment or enforcement of land use, zoning or business license laws as they apply to medical marijuana dispensaries.1

When a city’s zoning code does not allow marijuana dispensaries or collectives, and it expressly states that any condition caused or permitted to exist in violation of its provisions constitutes a public nuisance, the city can ban the use. Accordingly, the city may enjoin the nuisance by filing a civil abatement action. Despite claims that the state’s medical marijuana laws prevent cities from regulating marijuana dispensaries, the California Court of Appeal’s thorough analysis of state pre-emption law in Kruse concluded that cities retain their police power to regulate and, if necessary, restrict the operation of dispensaries.

The courts have recognized that the CUA and the MMP create only narrow exceptions to criminal drug possession penalties. Numerous judicial decisions have confirmed that California voters approved limited defenses to possession of marijuana and did not intend to allow large-scale commercial operations. Most important to the theory that cities retain the right to ban dispensaries is the 2005 People v. Urcizeanu decision, in which the court of appeal noted that the CUA “creates a narrow defense to crimes, not a constitutional right to obtain marijuana.”2

There are two primary methods cities use to ban dispensaries:

Nearly 200 California cities have either banned pot collectives or have enforced moratoriums, according to Americans for Safe Access. The medical cannabis advocacy group reports on its website that 34 cities in California have specific ordinances that allow for medical marijuana cooperatives.

The City of Anaheim enacted an ordinance in 2007 banning all marijuana distribution facilities consisting of three or more people who otherwise qualified as patients or caregivers under California’s MMP and CUA. The ban imposed a criminal penalty.

The trial court disagreed, concluding there was no pre-emption and that Anaheim could use its police powers to ban marijuana distribution facilities and impose a criminal penalty for violating the ban. The collective has appealed and the matter is pending in the Fourth District Court of Appeal.

While some cities have adopted ordinances permitting marijuana dispensaries under certain rules and regulations, the question of whether cities can authorize such uses by ordinance remains unclear. Government Code section 37100 states that a city’s “legislative body may pass ordinances not in conflict with the Constitution and laws of the state or the United States.” As all use of marijuana is illegal under federal law, cities may lack the authority to adopt enforceable ordinances permitting marijuana dispensaries under any rules or regulations.