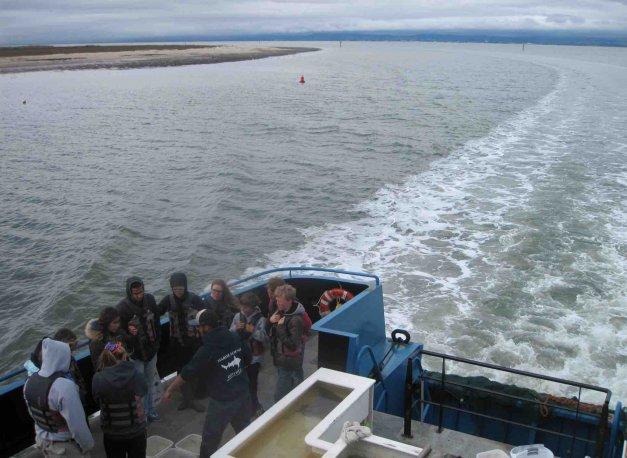 The City of Lodi won the Ruth Vreeland Award for Engaging Youth in City Government of the 2016 Helen Putnam Award for Excellence program. For more information about the award program, visit www.helenputnam.org.

The City of Lodi (pop. 64,058) lies along the Mokelumne River in Northern California’s San Joaquin Valley, 35 miles south of Sacramento. The region produces award-winning wines, walnuts, olives and cherries. Since 2000, the City of Lodi Public Works has managed the Storm Drain Detectives student volunteer river-monitoring program as a way to involve the community in learning more about the Mokelumne River watershed.

A Creative Solution to a Community Issue

The State Water Resources Control Board (SWRCB) fined the City of Lodi’s wastewater facility $20,000 in 1998 for high chlorine levels in discharges to Dredger Cut, which flows to the Sacramento-San Joaquin River Delta. Lodi’s public works director approached SWRCB and asked that $10,000 of the fine remain in Lodi to develop a water-quality education program for the community. SWRCB consented and gave the city one year to create its Supplemental Environmental Project, which ultimately included the Storm Drain Detectives program.

At that time, the public works director was attending monthly meetings of a newly organized group of stakeholders, the Lower Mokelumne River Watershed Steering Committee, convened by the San Joaquin County Resource Conservation District. The CALFED Bay-Delta Program had awarded the district a grant to develop a collaborative stewardship plan for the Mokelumne River watershed, which led to the creation of the steering committee.

The city formed a partnership with the Lodi Lake Nature Area Docents to satisfy the SWRCB settlement requirements and increased the docent coordinator’s part-time hours to help the Public Works Department oversee the Supplemental Environmental Project. (The docents are Parks Department volunteers who lead school tours through a 58-acre riparian oak woodland wilderness area at Lodi Lake Park, situated on the Mokelumne River.)

At the same time, the Lodi Lake swimming beach was being closed nearly every day due to high coliform counts, which many believed were caused by the resident geese population. As a result, the community was ready to embrace an education program focused on water quality.

The city asked SWRCB’s Clean Water Team staff for assistance, and this collaboration ultimately laid the foundation for the monitoring program design used by the Storm Drain Detectives program. Lodi subsequently filed a Quality Assurance Project Plan with SWRCB in 2001. 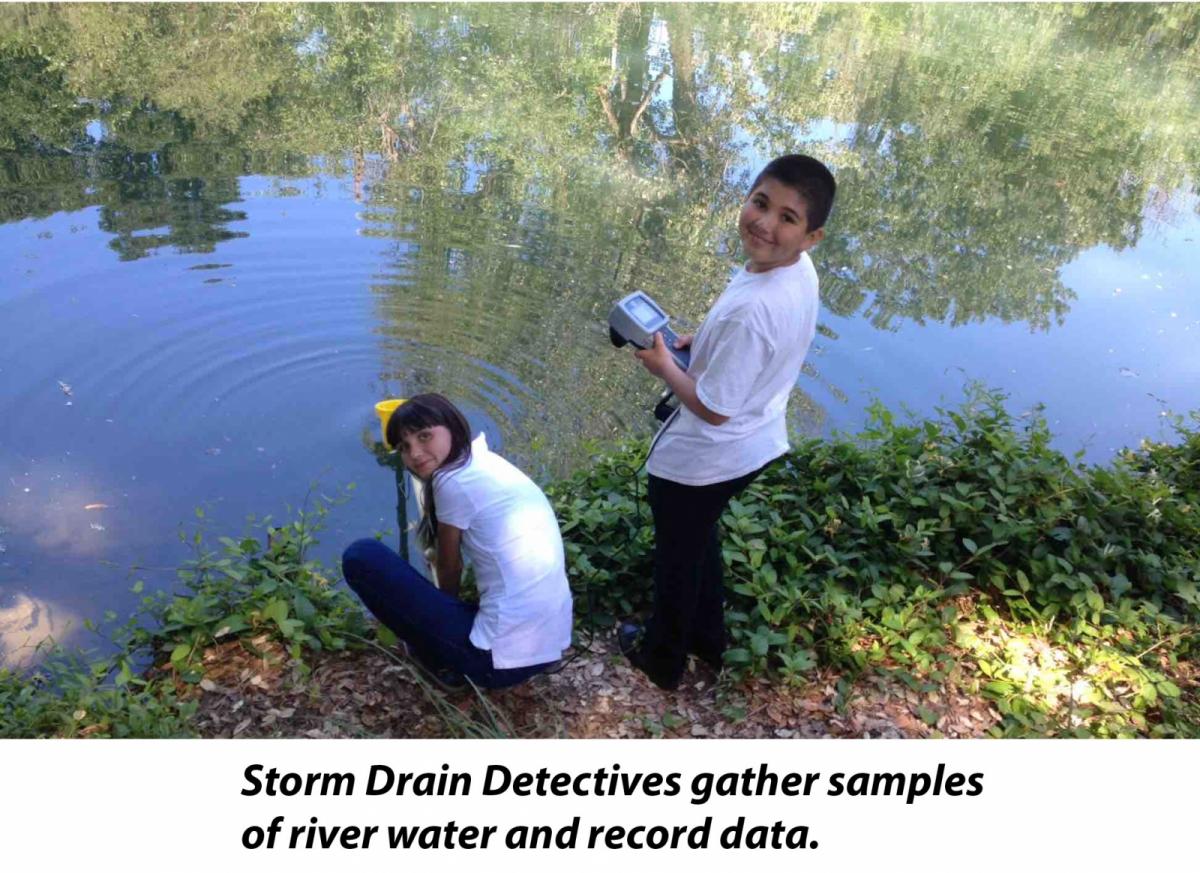 An environmental compliance inspector oversees the calibration session, ensures data quality control and assists students with equipment as needed. The original docent coordinator’s part-time position, which was split between the Parks and Public Works departments, has evolved into a full-time Public Works Watershed Program coordinator position that oversees the details of the program. Each May, Storm Drain Detectives present their data findings to the public and encourage residents to take measures that limit negative impacts on the river. The Storm Drain Detectives become stewards of the land and water, and the community learns from the students.

Melissa Turner teaches honors biology at Lodi High School and has been a Storm Drain Detectives team leader since 2004. She says, “I enjoy the program because my students gain a better understanding of the complicated issues affecting California waterways.”

The Lodi Unified School District also benefits from the Storm Drain Detectives program. Each monitoring day, students grow in their ability to understand the river’s pH, water temperature, levels of oxygen and nitrates, turbidity and electrical conductivity. They learn how stormwater runoff can affect water quality. Students in the program use science, technology, engineering and math skills to calibrate, monitor, record and interpret the data. The time students spend with city staff learning about their jobs is an added bonus and provides exposure to careers in local public service that most students don’t otherwise experience. Beyond the program, many students earn scholarships based on their experience in the Storm Drain Detectives program.

Municipalities struggling to meet stormwater or drinking water permit requirements may benefit from the lessons learned in Lodi by developing similar watershed education student programs. The initial investment of time and resources may seem daunting, but in the long run, such programs may prove invaluable as stormwater permit requirements continue to increase. The longevity and success of the Storm Drain Detectives program are due to the watershed stakeholder alliances, volunteers and partnerships formed over the years. With creative collaboration, ample funding and vision, anything is possible.

Photo credit: Courtesy of the City of Lodi and League of California Cities