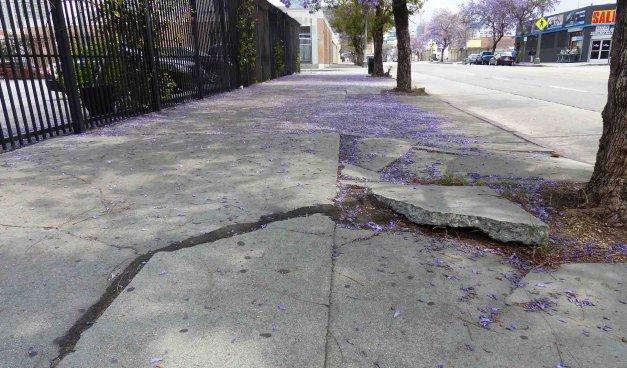 Gary Lee Moore is city engineer for the City of Los Angeles and can be reached at Gary.Lee.Moore@lacity.org.

Many of us rely on sidewalks to travel through our cities — and as in many cities, the sidewalks in Los Angeles are in desperate need of repair. Los Angeles has approximately 11,000 miles of sidewalks stretched over 472 square miles, and many are cracked, broken and upheaved.

A group of concerned residents decided this was unacceptable and sued the city. In 2016, the city and the group reached a settlement, which included a $1.4 billion commitment over the next 30 years to fix sidewalks throughout Los Angeles. For the first five years, the city will spend $31 million annually, gradually ramping up to $63 million each year for the final five years.

The Los Angeles City Council designated the Bureau of Engineering to lead the program. In the final week of 2016, the bureau launched Safe Sidewalks LA, the largest sidewalk repair program nationwide. Its goal is to repair sidewalks and make them comply with the Americans With Disabilities Act (ADA) and the California Building Code. The city established three programs for people who want to request a repair.

The city is also leading by example by repairing sidewalks at municipal facilities and expects to complete approximately 3,000 of those sites in the next five years.

After a sidewalk is either repaired or designated ADA-compliant, the city issues a certificate that warranties the sidewalk for 20 years for residential properties and five years for commercial properties. If something goes wrong, the city will fix it one more time. After that time, the owner will be responsible for maintaining the repairs. This is referred to as “fix and release.”

Making the System Easy to Use

Los Angeles created an electronic intake system to maximize staff time and standardize the program. The system leverages the city’s existing 311 system, the non-emergency number that helps residents access services in 150 languages and includes capability for those with hearing or speaking impairment. Applicants can submit requests through the 311 website, 311 mobile app and the Safe Sidewalks LA website (www.sidewalks.lacity.org) or by calling live operators at 311. 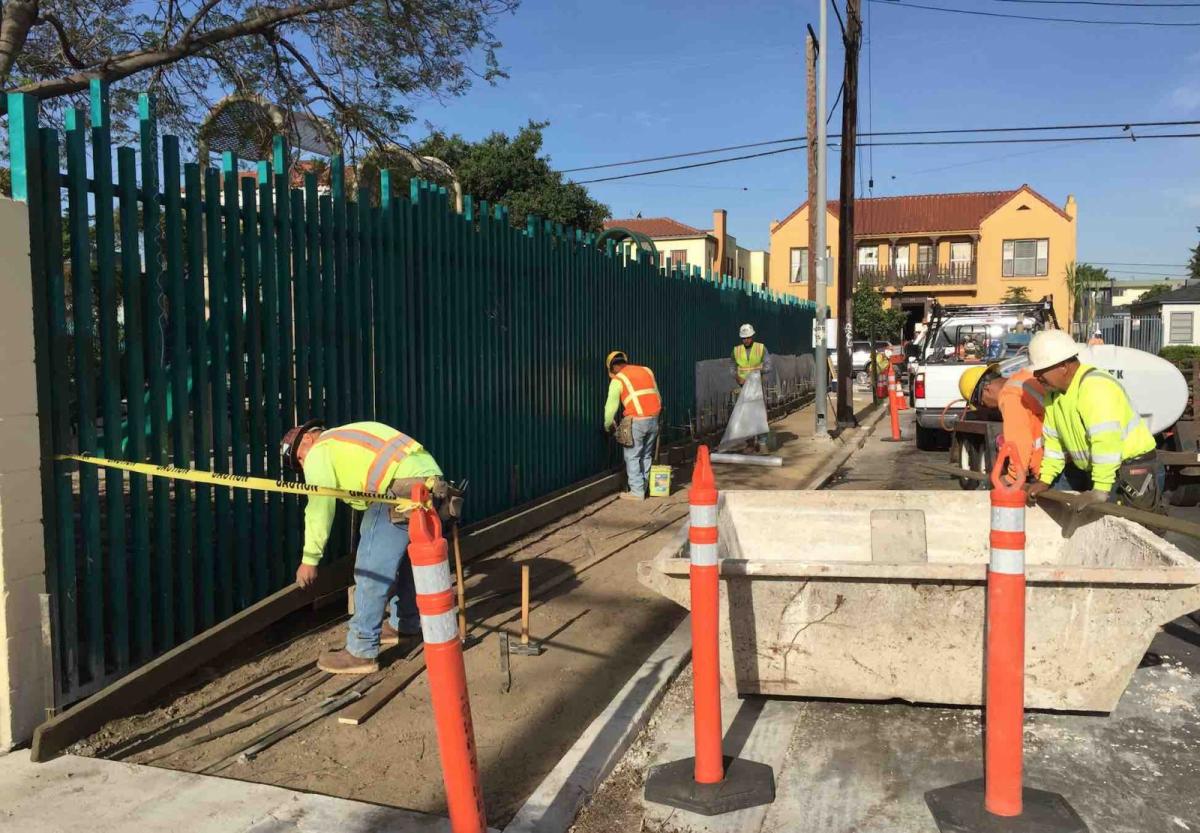 Prior to the launch of Safe Sidewalks LA, the city had never mapped all its sidewalks. So simply finding each one presented a major challenge. To tackle that piece of the program, the city is using a combination of geographic information system (GIS) software, aerial imagery and a geographic dataset of property lines to digitize sidewalk features, including sidewalks, curbs, parkways and driveways. The property lines are overlaid on the aerial imagery, allowing the city to trace and construct sidewalk feature boundaries.

Keeping the Community Informed and Involved

Community interest in Safe Sidewalks LA is understandably high. In the program’s early weeks, concerned environmental and mobility advocates reached out to Los Angeles asking for a way to maintain a continued dialogue about how the program and the environmental review process would work. In response, the city established the Safe Sidewalk LA Community Advisory Committee, which meets on a regular basis to discuss related issues of importance to the community.

Trees are an extremely valuable resource, and the city’s goal is to minimize tree removal when repairing sidewalks upheaved by roots. To do this, crews trim the canopy, trim roots, put in root barriers and find creative ways to build around trees, such as installing curved or “meandering” sidewalks along the base. If a tree must be removed, the city replaces it with at least two new trees. Crews are building larger tree wells to give roots more room to grow. This proactive approach helps the city manage the urban canopy and makes it more sustainable in the long term.

The city’s innovations don’t end with trees. Los Angeles is also pursuing the use of alternative materials in sidewalk repairs and has established a pilot project to determine the best materials for sustainable and long-lasting repairs. The program is installing sidewalks constructed of alternative materials at city facilities and will monitor and assess performance. Results from this demonstration pilot will be used for further analysis as part of a product approval process.

A Note About Sidewalk Maintenance

This article focuses on unique circumstances affecting the City of Los Angeles. Cities throughout the state have various policies affecting sidewalk maintenance, which often include requiring individual property owners to be responsible for maintenance of sidewalks serving their properties. In the past, the League has opposed several legislative proposals that attempted to shift responsibility for sidewalk maintenance to local agencies.

Photo credit: Courtesy of the City of Los Angeles.