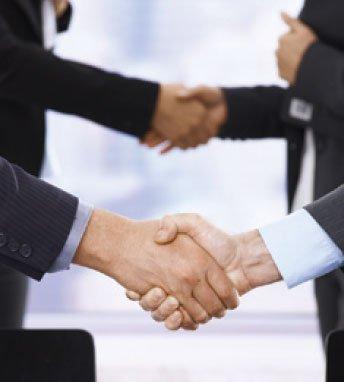 Steven L. Dorsey is a shareholder with the law firm of Richards, Watson & Gershon (RW&G) and serves as city attorney for the cities of Buena Park, Norwalk and San Marino. He can be reached at sdorsey@rwglaw.com or (213) 626-8484. Dorsey gratefully acknowledges the assistance of Katrina Gonzales, RW&G associate, in preparing this article.

City attorneys are occasionally asked to sign contracts that have not been approved in a manner required by law. Although it may appear that the city attorney is being overly bureaucratic in requiring minor contracts to be formally approved, any contract not approved in strict compliance with the legally required procedures is void and unenforceable.

Since the earliest days of California law, the courts have been surprisingly consistent in requiring strict adherence to the applicable procedures for approving and executing public contracts. Parties desiring to enforce contracts with public agencies have used a variety of arguments to convince a court to overlook a trivial defect in the approval process. Nevertheless, the courts have routinely rejected such arguments and required rigorous compliance with the appropriate procedures.

Why Strict Compliance Is Imperative

As long ago as 1804, Chief Justice John Marshall of the U.S. Supreme Court wrote that entities that have only a legal existence can be bound only by contracts approved in strict compliance with the enabling legislation. The California Supreme Court applied this rule to cities in 1860. In accordance with well established law, cities must strictly comply with the law specifying the method of entering into contracts. If a city does not follow the proper procedure, then the agreement is not enforceable by either party.

Courts have consistently held that contracting procedures are a municipal affair and that the procedure for entering contracts is controlled by the charter. Provisions of the charter are strictly applied, and contracts not complying with the charter and related ordinances are void and unenforceable.

California Government Code section 40602 provides the method by which a general law city can enter into a contract, as follows:

… (b) All written contracts and conveyances made or entered into by the city. … The legislative body may provide by ordinance that the instruments described in (a), (b) and © be signed by an officer other than the mayor.

In one dispute that resulted in litigation, the city manager and public works director of the City of American Canyon promised to provide a connection to a wastewater discharge system to a firm that was considering locating in the city. Two years later, after the firm had purchased property, obtained the necessary permits, constructed its facility and commenced operations, the city refused to accept the wastewater discharge. The court of appeal refused to enforce the promise on the basis that the oral agreement was unenforceable because it constituted a contract and was not approved as required under Government Code section 40602.

Another case involving the City of Hawthorne shows the extent to which the courts will require strict compliance with Government Code section 40602. In this dispute, the Hawthorne City Council approved an agreement with the South Bay Senior Housing Corporation. The council approved the contract at a public meeting. In moving forward with the agreement, the plaintiff later submitted various applications, which the planning commission approved. When the city refused to confirm to the applicant that the contract was valid, the applicant sued the city for anticipatory breach of contract, rescission and restitution.

Neither party could find an executed copy of the contract showing the mayor’s signature as required by Government Code section 40602. The jury found in favor of the plaintiff and awarded damages of more than $1 million, which the trial court reduced to $719,000. The appellate court reversed the judgment and declared the agreement void, merely because no one could prove that the contract had been signed. The court reached this conclusion despite the fact the city council had publicly approved the agreement and the plaintiff had expended significant sums in reliance on the contract.

A number of special situations also raise concerns for cities with respect to public works contracts, memorandums of understanding and informal contracts.

Bidding Procedures Not Followed. The courts have applied the general rule requiring strict compliance with contracting procedures to public works contracts when the public agency did not follow the requisite bidding procedures. To mitigate this harsh result the Legislature enacted Public Contract Code section 5110. This statute provides that a contractor awarded a construction contract despite an error in the bidding process may be paid its reasonable costs if the award is “determined to be invalid due to a defect or defects in the competitive bidding process caused solely by the public entity.” This provision applies to general law cities and provides a limited exception to the general rule that a party contracting with a public entity cannot receive any compensation if the contract was not awarded in full compliance with the applicable law.

Bidding Procedures Followed. Despite the general rule, the courts have held that competitively bid public works contracts are valid and binding at the time of award even if the applicable contracting procedures have not been followed. These cases are very difficult — if not impossible — to reconcile with the general rule. Furthermore, a careful reading of the complete line of authority shows that these cases might be incorrectly decided. Thus, cities faced with situations in which they do not want to proceed with a publicly bid contract after it has been awarded should review these cases very carefully.

Change orders. The courts have applied the general rule to change orders on public works contracts even when the initial contract was approved in compliance with all legal requirements. This situation can likely be avoided by authorizing the construction manager or another city staff member or representative to approve change orders. This authorization may be simply accomplished in the body of the agreement.

Informal Agreements and Memorandums of Understanding

City staff sometimes tries to circumvent formal contracting procedures by labeling an agreement a “Memorandum of Understanding,” a “protocol,” or some term other than “contract” or “agreement,” mistakenly thinking that changing the title makes a difference. These agreements usually involve one or more public agencies, often relate to training and other types of cooperation between the agencies and frequently contain indemnity clauses. Unfortunately for cities wanting to enforce such agreements, an agreement by any other name is still a contract and must be approved as required by the applicable law.

A situation involving a “protocol” entered into by the police chiefs of the cities of Los Altos, Mountain View and Palo Alto starkly illustrates the risks of entering into such informal agreements. Pursuant to this “protocol” document the three police chiefs mutually agreed to provide training for each others’ officers and operate a joint special weapons and tactics (SWAT) team. As a result of a series of tragic errors, a Palo Alto reserve officer was shot to death by a Mountain View police officer during a training exercise covered by the “protocol.”

The heirs of the Palo Alto officer filed a claim against Palo Alto for workers’ compensation benefits and against Mountain View for negligence. Mountain View and Palo Alto apparently reached a settlement with the heirs, and the Authority for California Cities Excess Liability (ACCEL) sued the City of Los Altos for contribution toward the settlement.

ACCEL contended that Los Altos was jointly liable with Mountain View and Palo Alto under Government Code section 895 and following sections. These provisions apply to agreements entered into by public entities and provide that the entities are jointly and severally liable for any liability imposed upon any party for “injury caused by a negligent or wrongful act or omission occurring in the performance of such agreement.”

Los Altos defended itself on the ground that the memorandum of understanding was not an agreement because it had never been approved by the city council or signed by the mayor as required by Government Code section 40602. The court agreed and held that the Los Altos police chief did not have authority to bind the city. Thus, Los Altos was not required to contribute to the judgment because the memorandum of understanding was not binding on Los Altos.

This case makes it very clear that the required contracting procedures apply to memorandums of understanding, protocols and other similar arrangements. It is very important, then, that cities ensure that such agreements are approved in the same manner as any other agreement.

As discussed here, Government Code section 40602 provides that the mayor’s signature is not required if the city adopts an ordinance providing that another person can sign contracts. General law cities can use this authorization to adopt ordinances authorizing the city manager or some other designated official to approve binding contracts without specific city council approval. The ordinance should provide both the procedure and the types of contracts to which it applies.

As for charter cities, the degree of flexibility depends on the city charter’s specific language. If the city charter is very explicit and does not allow the city to modify the charter provisions by ordinance, it seems likely that even the simplest and most basic contracts will require city council approval.

It is critically important that city officials and staff understand and appreciate how strictly the courts apply the rules and manner and means of contract approvals by public agencies. Contracts that are not approved as required by law are void and unenforceable. City councils in general law cities that find the required procedures to be overly bureaucratic should take advantage of Government Code section 40602 and adopt an ordinance providing simpler procedures. Of course, once adopted, the city must strictly comply with those simpler procedures.