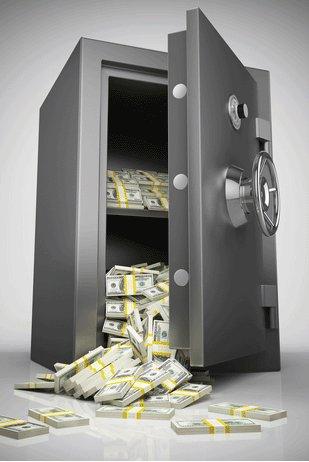 Brian I. Hamblet is a partner in the law firm of Burke, Williams & Sorensen, LLP, and can be reached at BHamblet@bwslaw.com.

Everyone in town knew about the place.1 It was a hotbed of drug-related activity where needles littered the street and drug dealers openly sold narcotics. Occasionally people were shot. Despite repeated arrests at the property, the drug sales and use continued.

Then things suddenly changed. The property was vacated and sold to a new owner. The drug dealing ceased, and the neighbors breathed a collective sigh of relief. What caused this surprising turn of events? The answer wasn’t found in criminal procedure or the criminal courts. Instead, the municipal attorneys solved this problem by turning to the civil courts.

Cities are increasingly using civil actions rather than criminal prosecution to curb illegal drug sales within their borders. Often such actions are taken either under general nuisance laws2 or the California Drug Abatement Act.3 However, the California Unfair Competition Law4 has also been used effectively to curb drug sales and close down businesses where drugs are sold.5 For example, the City and County of San Francisco recently used these three laws together to impose fines as well as stop drug dealing and drug use occurring at a neighborhood market.6 Another city used the Unfair Competition Law to stop prostitution at a local motel.7

The Unfair Competition Law is a powerful tool that allows government lawyers to discourage criminal conduct by obtaining injunctions and large civil penalties. Furthermore, this can be done without having to meet the higher burden-of-proof standards found in criminal proceedings. Qualifying cities should consider adding the Unfair Competition Law to civil nuisance abatement actions whenever possible because it not only motivates drug dealers to stop their illegal behavior, but also allows for civil penalties that may actually force the perpetrators to pay cities for their misconduct.

Who Can Sue Under the Unfair Competition Law

While the Unfair Competition Law has been used to stop the sale of illicit drugs, it appears to have been confined to those situations where another business entity is involved.8 However, the statute does not strictly require such limitations. The law defines unfair competition to “mean and include any unlawful, unfair or fraudulent business act or practice.” The law is broad in its scope, encompassing anything that can properly be called a business practice and at the same time is forbidden by law.9 Thus, selling illegal drugs is a violation of the statute and can be enjoined as long as it rises to the level of a business practice. The statute borrows violations of other laws and treats those violations as unlawful business practices when committed as part of a business activity.

As with all civil actions, the standard of proof in civil penalty proceedings is not “beyond a reasonable doubt,” but the lower “preponderance of the evidence” standard.10 Furthermore, the Sixth Amendment right to a jury trial does not apply to a governmental action seeking civil penalties.11 The government also does not have to prove that any of the victims of the unlawful business practice suffered actual damages as a result of the activity.12

The courts have given a liberal reading to the Unfair Competition Law’s penalty provisions, and thus the statute gives the courts broad powers to fashion creative awards of injunction, restitution and civil penalties. Consequently the law can be a powerful weapon in the war on drugs as it offers many valuable remedies.

Injunctions. Injunctive relief is one of the chief remedies available under the Unfair Competition Law. The courts have broad power to award injunctive relief when a violation is found. An injunction consists of a court order requiring an individual to take or not take a specific action. Under the Unfair Competition Law, the courts are permitted to enjoin or stop ongoing wrongful business conduct in whatever context such activity might occur.13 If an injunction order is violated, the courts can impose additional fines or jail time on the individual violator. Thus, the statute can be extremely effective in stopping illegal drug sales activities.

Restitution. The Unfair Competition Law also includes the right to recover restitution for violations. Restitution is an award designed to “restore” the parties to the place they would have been if the wrongful act had not occurred.
The law states:

The court may make such orders or judgments … as may be necessary to restore to any person in interest any money or property, real or personal, which may have been acquired by means of such unfair competition.

In addition, the courts have broad power conferred upon them, both by their own equitable powers and the language of the statute, to order a wide variety of remedies designed to restore a party to its proper status — including payment of the profits of the unlawful activities to the persons who have been harmed by those activities.

Civil Penalties. Government prosecutors are also authorized to recover civil penalties for violations of the Unfair Competition Law. Each violation is considered a separate act and subject to a $2,500 penalty, so the combined penalties for ongoing violations can be significant. These penalties are mandatory if a violation is found. Furthermore, if more than one defendant is found to be responsible for the bad act, the courts can impose penalties against either or both defendants.

Cumulative Remedies. The remedies and penalties under the Unfair Competition Law are cumulative and can be combined with other remedies provided by the nuisance abatement laws and the Drug Abatement Act. Thus, a city attorney can obtain an injunction, restitution and civil penalties under the Unfair Competition Law, plus a $25,000 civil penalty under the Drug Abatement Act, and recover attorneys’ fees and costs under the nuisance abatement provisions in the Civil Code.

While the Unfair Competition Law might not be right for every situation, careful consideration should be given to using it in civil actions against drug houses and illegal activities. Its lower standard of proof combined with its wide ranging remedies, penalties and cost recovery options make the statute a very effective tool in the war on drugs.

[1] This is a fictional composite based upon a number of actual cases.