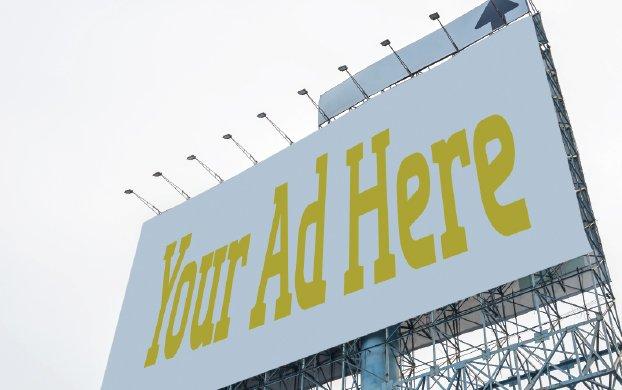 Bruce Galloway is a shareholder of the law firm of Richards, Watson & Gershon and can be reached at bgalloway@rwglaw.com.

A city in need of revenue should not overlook leases of city property as a potential revenue source. A long-term lease of city property, which includes rights to require prepayment(s) of fixed rent, can even provide a flexible revenue source. In particular, billboard sites — which typically do not need much land — can provide revenue with only a limited effect on city land and/or operations. However, successful completion of a municipal lease requires addressing various legal issues.

If a city sells a larger property outright, this obviously makes the site unavailable for future city needs (unless the city condemns it later). An outright sale of a limited amount of property, such as that required for an advertising sign post, will not necessarily generate much revenue.

An alternative to a sale is a space or ground lease, which could generate more revenue and perhaps be structured to provide flexible revenue. Specifically, a lease could be structured to require:

A tenant with a reasonable expectation of profitable business and growing revenue would conceivably agree to such a prepayment and/or percentage rent deal in exchange for the security of a significant lease term.

Although the city would need to pay leasing commissions, a city could engage a real estate broker to market space on such terms in lieu of a request for qualifications or proposals process, which may not be as effective.

To avoid the need for complex audits and decrease the likelihood of disputes over measurement and accounting, it would be preferable to define any percentage rent as a percentage of gross revenues, not net revenues. Gross revenues are easier to report, audit and measure and do not invite inflating or misreporting expenses to understate net revenue.

The actual business terms negotiated will, of course, be based on the relative desires of each party to reach a deal, and it can be difficult to obtain a clause permitting a landlord to accelerate or require a prepayment of rent; however, to enter into any municipal lease, a city will need to consider the following legal issues. 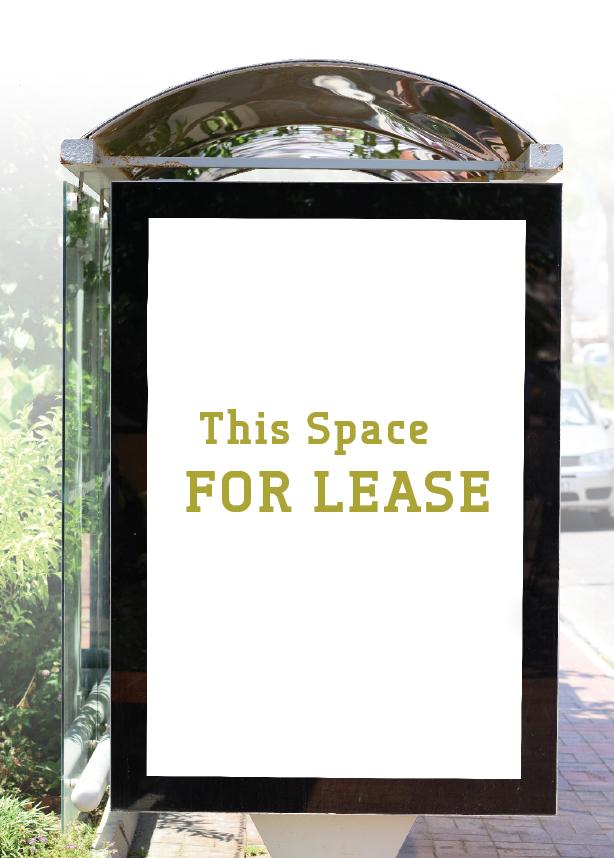 Public Purpose. A city needs to have a public purpose in connection with a lease. One possible public purpose is economic development; however, given the absence of clear case law on economic development as a public purpose, it would also be prudent to provide for specific public uses in the lease (such as city use of signage and/or public parking) to support the public benefit rationale. In the case of a sign site, the city should also adopt a carefully drafted policy regarding city use of the sign so that the sign does not become a “public forum.” (Reserving time on the sign for messages of local businesses, nonprofits or charities at no or discounted cost can potentially make the sign a “public forum” under First Amendment law, and the city and owner could thereby lose control over who can use the sign.)

Zoning and Recorded Restriction on Use. To determine whether a sign or other use could be permitted on a particular city property, a city must evaluate not only zoning limitations but also:

For example, in the last case, it is not clear that a “right of way” can or should be used for sign or other commercial purposes unless perhaps the rights of way are vacated and the city owns the underlying fee interest.

Municipal Lease Term Limitations. The term of the lease might need to be limited to 55 years2; however, if the lease is to be collateral for a construction loan to the tenant, the tenant will often prefer a longer term to facilitate such financing. The provisions in Government Code Section 37380 permitting 99-year leases are sometimes difficult to achieve, although there are certain ways to comply with them, including characterizing a periodic adjustment of rent to fair market rent (which is consistent with ground leasing practice) as a city “review” under the statute of specified lease terms.

Memorandum of Lease. A memorandum of lease must be recorded under applicable law.3 The tenant must record such a memorandum in any event if the tenant plans to use the lease as collateral for a loan (for example, to finance construction), because the lender’s title insurer will require it as a condition of issuing title insurance to the lender for its leasehold deed of trust.

If the term of the lease is 35 years or more (including extension option periods), documentary transfer taxes will be payable. While the issue of which party pays it is negotiable, such taxes are typically payable by the transferor/landlord (the city). If the term is less than 35 years, then that should be stated on the face of the recorded memorandum of lease as an applicable documentary transfer tax exemption.5

Prevailing Wages. Rent that is less than fair market rent can be considered payment of public funds and could trigger
prevailing wages for any construction contemplated by the lease due to California Labor Code Section 1720(b)(3), which provides that transfer of an asset (leasehold estate) for less than fair market value constitutes a payment of public funds. A city can be liable for prevailing wages not paid unless the lease contains a covenant that the tenant will pay prevailing wages for construction (and comply with the relevant prevailing wage statutes). While it can be difficult to determine fair market rent, especially when percentage rent is included, any express public benefits, such as free civic messaging rights on a sign or public parking, can sometimes be quantified and should be viewed as part of the consideration for the leasehold interest, to decrease the risk that the rent can be characterized as below market.

Outdoor Advertising Laws and City Sign Ordinances (Sign Sites). With very limited exceptions for certain areas/cities, advertising displays are prohibited adjacent to a landscaped freeway or scenic highway or byway.6 If the sign is within 660 feet of or visible from an interstate highway or primary highway, not only will a Caltrans permit be required, but the sign must also comply with other applicable parameters of the Outdoor Advertising Act7 and related regulations, a full description of which is outside the scope of this article.

Additionally, a city might have its own ordinances regulating signs. If the ordinances specify that they apply to the city or the city has taken some other action to elect that its ordinances apply to it, then the city should of course comply with those ordinances. 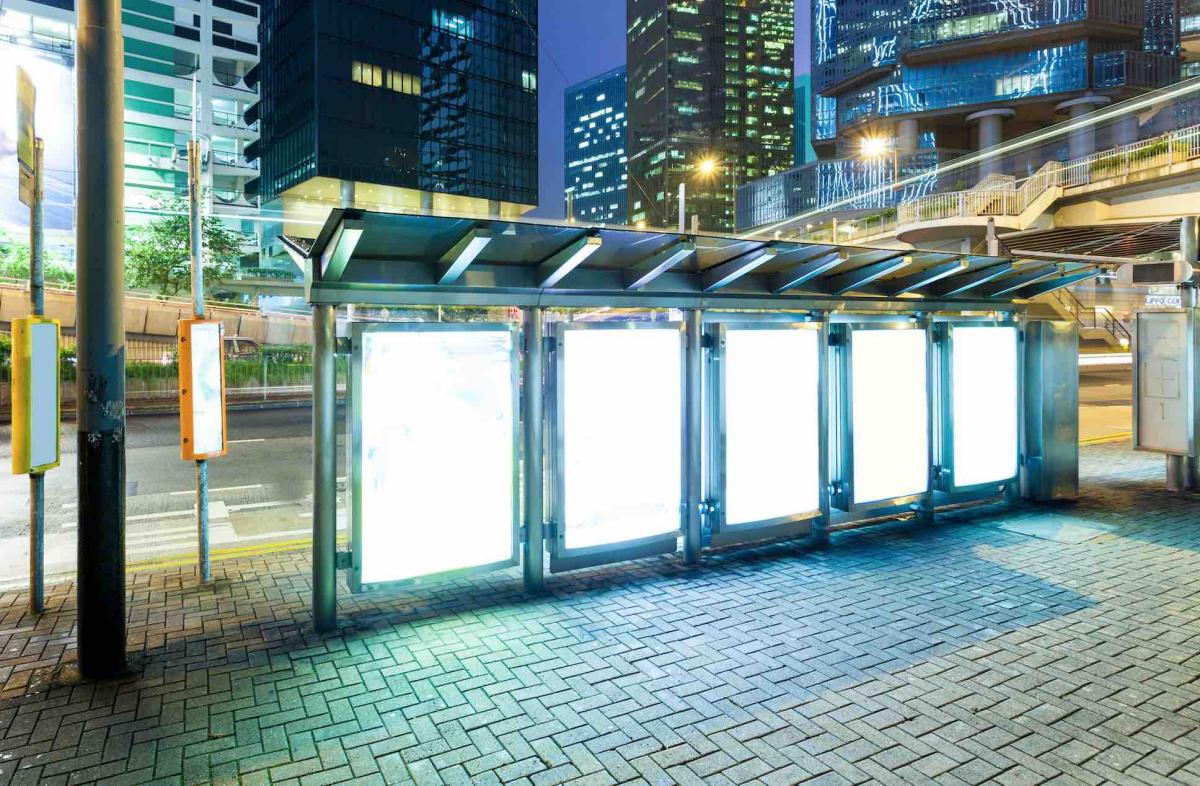 Surplus Land Statutes. Under the surplus land statutes, a city disposing of surplus property must first offer it to other local public entities.8 However, a long-term lease or ground lease is not a permanent disposition, and the property arguably should not be deemed surplus to the extent it is being used for public purposes, such as economic development or civic message or public parking purposes.

California Environmental Quality Act (CEQA) Compliance. The approval of a lease by a city is a “project” and requires compliance with CEQA. In addition, considering that a city is typically the local entitlement permit-issuing authority, a city should comply with CEQA for any improvements contemplated by the lease before approving the lease itself so that a CEQA claim cannot be based on the city committing to a project (by virtue of signing the lease) before completing the CEQA process for the contemplated improvements.

Disclosure of Material Facts. Execution of a lease is a conveyance of an interest in real property (a leasehold interest); consequently, as a matter of California real estate disclosure law, the city as landlord is required to disclose to a prospective tenant all material facts known to the city about the leased premises. Ideally, each document or fact disclosed (such as hazardous materials reports, geotechnical/soil reports and known locations of utilities not revealed by recorded documents) should be listed in a cover letter to the tenant, and the city should keep a copy of the disclosure letter in its files.

While a municipal lease transaction should be evaluated for various legal issues, the business terms can be structured to provide extra income and perhaps even some income flexibility for a municipal landlord. Unlike other ground leases, which usually encumber a considerable amount of property for an extended period of time, a billboard lease encumbers a limited amount of city land and may be structured to include percentage rent or fixed rent prepayments at the city’s option.

[1] The author acknowledges Bill Rawlings, city manager of Artesia, for the prepayment concept