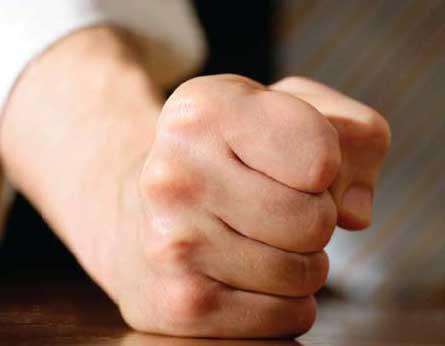 We have a controversial development proposal coming up for decision, and we are expecting a difficult public hearing. In particular, we anticipate that many people who oppose the development will be quite emotional about what they see as the development’s negative effects. As decision-makers, what can we do to keep the tone of the hearing civil and focused on the merits and demerits of the proposal?

Leaders can use several strategies to make it more likely that public meetings will involve constructive exchanges that contribute to making the best decision. These strategies are most successful when they are part of a long-term effort to meaningfully engage a wide spectrum of the community in the decision-making process. Such efforts require leaders and decision-makers to deal with potentially controversial issues and angry constituents in a way that’s fair, responsible and open.

Understanding the Sources of Public Emotion

You indicate that people at the hearing are likely to be emotional about the proposal. Remaining calm and civil in that situation is challenging, and it can be helpful to understand why people get emotional in such situations.

In the book Dealing with an Angry Public, authors Lawrence Susskind and Patrick Field note three situations that can evoke anger:

They observe that anger can be intensified when people feel:

Furthermore, anger often serves as a way of “rallying the troops,” demonstrating one’s own power or bullying others into accepting one’s point of view.1

The people concerned about the proposed development described in your question could be feeling threatened by the risks they perceive the development poses to them. Perhaps they are worried that the development will hurt their property values or other aspects of their neighborhood that they enjoy. They may have public health and safety concerns.

Residents’ frustration and anxiety can be compounded by the fact that they may not fully understand the decision-making process or how to advocate most effectively for their interests. They may think that showing their anger is the only way to convey the depth of their concerns and get decision-makers’ attention. They also may not have all the information that would help them understand both the advantages and disadvantages of a particular project.2

In addition, residents may believe that the project proponent has political clout and extensive resources with which to pursue approval of a project. Members of the community may be worried that decision-makers don’t care about their concerns and won’t take their interests into account in making a decision.

All people share common core values irrespective of religious faith, culture or nationality, according to research conducted by the Institute for Global Ethics. These core values include trustworthiness, fairness, responsibility, compassion, respect and loyalty.3 Effective leaders use these core values to guide their decision-making and provide an ethical framework for their actions.

Furthermore, most projects with benefits generally also have some type of costs or disadvantages. Working to ensure that certain neighborhoods don’t bear unfair burdens associated with achieving communitywide benefits is another hallmark of values-based leadership. If those burdens can’t be avoided, a leader seeks ways to counterbalance them with corresponding benefits for adversely af-fected neighborhoods.

Stewardship of the decision-making process is another important responsibility for public decision-makers, who must ensure the process is fair and all viewpoints are treated with respect. Another responsibility is making sure that participants in the process have trustworthy information about the proposed project’s impacts, both positive and negative. And of course leaders must be trustworthy. This includes telling the truth, acknowledging mistakes and being guided by what serves the community’s interests — not leaders’ personal or political interests.

Surveys offer numerous examples of the public thinking that government is generally controlled by a few big interests looking out for themselves.4 Although the public tends to have more faith in local government than state or federal government,5 the general lack of trust in government means that it doesn’t take much for residents to question whose interests are being served in a given situation.

California law requires disclosure of campaign finance and financial interest information, which enables the media and public to know whether the project proponent has attempted to curry favor with decision-makers. Disqualification requirements help protect the public’s trust by requiring decision-makers to step aside from the decision-making process if they or those with whom they have a financial relationship could be financially affected by approval or rejection of the project. Open meeting and fair process laws also assure the public that decisions have not been made in advance of public meetings, with the concomitant expectation that public officials will hear and consider the public’s views in making their decision on a matter.

These laws create minimum standards for protecting the public’s trust and confidence in the integrity of the decision-making process. However, public officials can and do set their sights higher than these minimum requirements, because it’s necessary to faithfully comply with these transparency and disqualification requirements — but just complying with the law is often not enough to secure the public’s trust and confidence.

Assuming that there aren’t conflicts of interest or other issues that might cause people to question the underlying motivation for decisions, the next question is how to build trust in the public decision-making process in general. Susskind and Field recommend a strategy that focuses on building and maintaining a long-term relationship of trust between your agency and the community it serves. This involves, among other things, being willing to:

The agency should also share information about how the decision-making process will work so concerned residents know how to participate effectively. This also underscores that the public agency is genuinely interested in their concerns.

Listening. Acknowledging concerns is crucial. It demonstrates that the agency and its leaders care about residents and are willing to explore solutions to problems that the project may create. Active listening means reiterating what has been said to make sure those sharing their concerns understand that their message is being heard and those receiving the information understand accurately the concerns being expressed. Another key strategy involves following up with questions to probe underlying assumptions and concerns.7 The goal is to get to the root of the concerns; for example, you might say, “We understand that you want us to turn this project down; what specific impacts are you concerned about, and how will these impacts affect you and your neighbors?”

Decision-makers may have to work hard to listen past the expressions of anger and fear that might occur, especially if these expressions are less than civil.

Learning. Once core concerns have been identified, the process of addressing them can begin. Leaders can ask the project proponent and concerned residents what steps might minimize the impacts, and leaders can also share their own ideas and seek reactions or refinements.

Things to Keep in Mind

Public agencies are well advised to encourage project proponents to meet with concerned residents in advance of public hearings, because traditional public hearing formats tend to be ill-suited to this kind of dialogue.

Skilled public agency staff can play an important role in making sure these meetings are genuine exchanges of information and not a one-way sales pitch. Encouraging staff to help the public frame their questions and get answers can help concerned residents feel that the public agency does indeed care about their concerns. It’s always a good idea to let staff know that you appreciate their efforts to independently apply the agency’s standards and get answers for questions that decision-makers and the public are likely to have. Being fully informed benefits both the community and decision-makers.

Smart project proponents also understand that it’s in their long-term interest to share, listen and learn. This includes offering commitments to minimize knowable impacts and provide benefits that may counterbalance impacts that cannot be minimized or avoided. For those impacts that are feared but may not occur, the project proponent may be able to offer commitments to address them if they
do occur.

It may or may not be possible to address residents’ concerns about the proposed project. There are limits to what a local agency can legally require a project proponent to do, and it may be that the current standards of the community need to be updated to reflect its concerns about a given type of project. If so, that’s something leaders should be forthright about, and the task becomes one of determining a better set of standards and processes for the future.

As leaders and decision-makers, your collective goal is to have as many people as possible feel heard and believe that their input made a difference. Another goal should be to help ensure that the project proponents and opponents alike feel the process was fair and their leaders behaved in a trustworthy manner.

You can’t control others’ behavior, but you can apply the core values discussed here to your own role in the decision-making process. You can also encourage your agency to apply these values to its decision-making process. Although it requires work, the potential payoff is a long-term relationship of trust and confidence with the community, which will likely pay big dividends in terms of the agency’s efforts to address difficult issues.

How do you deal with an angry public? Share your thoughts by logging on to the Institute for Local Government’s newly overhauled website at www.ca-ilg.org. Click on the “Forums” button in the upper right-hand corner of the screen, select “General Discussion Forums” and then click on “Dealing with Emotional Situations.” The discussion thread currently includes links to recommendations and thoughts from prominent individuals in the deliberative democracy community.

[1] Lawrence Susskind and Patrick Field, Dealing with an Angry Public: The Mutual Gains Approach to Resolving Disputes, (The Free Press: 1996) at 16-17.

[4] See August 2008 Public Policy Institute of California (finding 67 percent percent of respondents believe that the state is run by a few big interests as opposed to 24 percent believing that government is run for the benefit of all the people), available at http://www.ppic.org/content/pubs/survey/S_808MBS.pdf (seequestion 23). See also Council for Excellence in Government poll conducted in mid-1999 (giving special interests top billing in answer to what’s wrong with government today), available at http://www.pollingreport.com/institut.htm.

[5] In a September 2008 Gallup poll, 72 percent of respondents said that they have either a great deal or fair amount of trust in local government. See http://www.gallup.com/video/110461/Americans-Trust-Local-Govt-Much-More-Than-National.aspx.