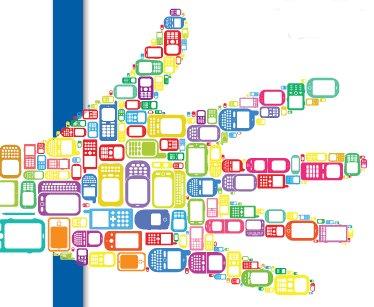 This column is adapted from an Institute for Local Government (ILG) white paper. ILG’s mission is to promote good government at the local level with practical, impartial and easy-to-use resources for California communities. For more information, visit www.ca-ilg.org.

Technology can be a double-edged sword. It can save paper and make communications faster and easier. It can also help expand a public agency’s outreach and public engagement efforts by involving more people in the agency’s decision-making process.

However, local agency officials and staff are also wise to be mindful of transparency and fair process issues related to technology.

Providing agenda materials electronically to decision-makers and others results in speedier delivery. Using electronic versions can also save public resources (staff time and supplies) involved in photocopying and delivering hard-copy agendas. Electronic formats can make supporting materials easier to find in lengthy agenda packets, through the use of internal links and other tools.

In addition to communicating with decision-makers, agendas also alert the public about the issues decision-makers will discuss and decide on at a meeting. While many members of the public are happy to receive agendas electronically via email or the agency’s website,1 the law requires agencies to make this information available through more traditional channels if requested.2

Local officials referring to electronic agendas during presentations or using electronic devices to take notes can give the impression (mistaken or not) that the officials are not paying attention to speakers. Active listening (making eye contact with speakers, nodding and smiling), when combined with note-taking, is a good practice regardless of whether one is using technology in a meeting.

Accessing the Internet During Public Meetings

Using an electronic device (either agency-provided or one’s personal device) to access the Internet during a meeting presents several issues. At the most basic level, such activity suggests divided attention or inattention to the information being shared at the meeting.

If the proceeding is a quasi-judicial public hearing, however, using an electronic device to access information that influences one’s decision can present fair-process legal issues.

Using Email and Texting During Meetings

Emails sent among decision-makers risk violating such laws. California law prohibits decision-makers from “ … us[ing] a series of communications of any kind, directly or through intermediaries, to discuss, deliberate or take action on any item of business that is within the subject matter jurisdiction of the legislative body.”4 Email can be such a series of communications.5

For all of these reasons, a number of public agencies have adopted policies prohibiting decision-makers from reading, sending or receiving messages while at meetings.

A section on the Institute for Local Government website explores the options and opportunities for using technology to expand public engagement in the local agency decision-making process:
http://www.ca-ilg.org/online-public-engagement-technology

A recent Institute for Local Government white paper explores some of these issues in greater detail for local officials and staff. The “City Forum”column presents the highlights; the full paper is available at: http://www.ca-ilg.org/technology-and-meetings

If a proceeding is a quasi-judicial public hearing, using an electronic device to access information that influences one’s decision can present fair-process legal issues.  For more about these issues, see “When an Elected Official Feels Passionately About An Issue: Fair Process Requirements in Adjudicative Decision-Making,” available at www.ca-ilg.org/bias.

[2] Cal. Gov’t Code §§ 54954.1 (Members of the public can request that copies of the agenda packet be mailed to them); 54957.5 (An agenda must explain where interested individuals can review agenda materials).