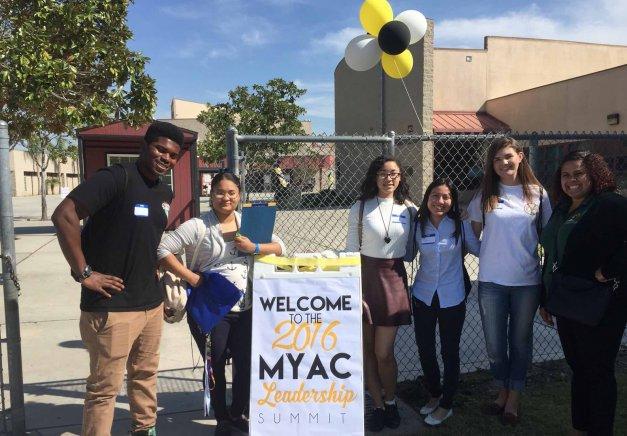 The City of Menifee won the Ruth Vreeland Award for Engaging Youth in City Government in the 2015 Helen Putnam Award program. For more about the award program, visit www.helenputnam.org.

Situated in the heart of southern Riverside County along Interstate 215, Menifee is home to more than 85,000 residents. Menifee incorporated in 2008, and its population has since grown by about 30 percent. The city’s demographics also changed in conjunction with this growth — its residents’ median age shifted from 56 years old to 38 years old.

As part of its efforts to address quality-of-life concerns for the growing community, the city council sought input from Menifee’s youth. In response, the Community Services Department created the Youth Advisory Committee in April 2014 to promote public service and community involvement and review proposals for youth-related programs, projects and facilities.

“The Youth Advisory Committee promotes and participates in community events, programs or projects through public education and community organizations and acts in an advisory capacity to the city council in policy matters pertaining to youth,” says Mayor Scott Mann.

One of the Youth Advisory Committee’s first activities was creating a working list of youth-related priorities needed in the city. These priorities included enhancing and providing additional parks and recreational facilities and opportunities to connect residents of diverse ages and cultures and preserve the region’s rural heritage and charm. As a result of the committee’s input, the city launched a Parks, Trails, Open Space and Recreation Master Plan project. The master plan, developed with Youth Advisory Committee input, addresses concerns related to obesity and providing programs that will keep youth safe and focused on positive recreational activities.

The Youth Advisory Committee plays an integral, active part at many of Menifee’s signature events, where they engage with the community and bring enthusiasm to a variety of activities. On Veteran’s Day, committee members provided a helping hand at the card-making station, where community members made cards for active military personnel. To kick off the winter season of events, they ran the Snow Zone recreation area at the city’s annual Christmas tree-lighting event; at the popular Breakfast with Santa event, they greeted people, served breakfast and lent a hand to children at the crafts booth. During the city’s Spring Fest event, committee members provided assistance in the Kids Zone, where they helped with face painting and crafts. At the city’s Fourth of July celebration, the committee participated with a float titled “Menifee Is a Playful City.”

The next Youth Advisory Committee activity will be an annual Comedy for Cause event to raise money for future youth-related city initiatives, including an Anti-Bullying Campaign and a No Texting and Driving Campaign.

Photo credit: Courtesy of the City of Menifee and League of California Cities