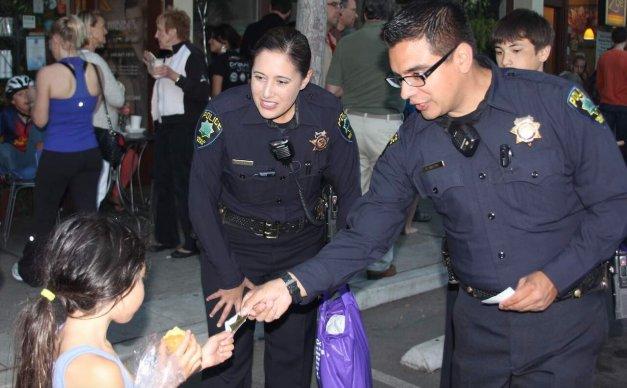 The City of Menlo Park (pop. 32,000) in southern San Mateo County is home to one of the most culturally and economically diverse populations in Silicon Valley. Despite being an epicenter of venture capitalism, the city is not without its challenges.

Menlo Park has focused revitalization and redevelopment efforts on the Belle Haven neighborhood since 1981. For many years, the Belle Haven community has been plagued with gang violence. A comprehensive analysis of crime data from 2010–13 revealed that a vast majority of shootings in the city were connected, in one way or another, with three properties in Belle Haven. Furthermore, all three locations were rental properties owned by landlords who lived out of the area and were unaware of the ongoing problems. By working with the landlords and tenants, the city identified solutions, and the problems began to ease.

Within six months of working with the residents of the problem properties, suitable alternative housing was identified. As of August 2015, there have been no shootings in the city since November 2013. Once the gang shootings subsided, the Police Department had more time to focus on traffic concerns, juvenile issues and community relationships.

Building Partnerships With the Community

The Menlo Park Police Department formed a community advisory group to improve relations with residents and business owners from throughout the city. The group, which meets bimonthly, identifies crime and community issues and develops comprehensive, coordinated plans that target each neighborhood’s most pressing concerns.

Traffic is a primary concern, and the group took the lead in formulating the department’s strategic plan on traffic safety. The plan includes traffic enforcement around all schools in Menlo Park. Each school is randomly scheduled multiple times for traffic enforcement in the morning and afternoon to ensure a consistent presence. The administrators, teachers and students have expressed their appreciation of these efforts. The advisory group also helped identify residents interested in being Neighborhood Watch block captains. These partnerships have generated extensive community involvement.

“Our nonpolitical committee, with representatives from each neighborhood of our city, is making significant progress in understanding the challenges that face our Police Department, making recommendations to the city council upon request, advising the police chief of matters of interest in our respective neighborhoods and, at times, dispelling incorrect assumptions regarding police matters in our neighborhoods,” says Maya Sewald, longtime Menlo Park resident and member of the community advisory group. “While we all strive to improve our little corners of the world, committees such as this go a long way in promoting community.”

To ensure that residents understand the Police Department’s community policing philosophy, the city offered a Citizens Police Academy for the first time in April 2014. Residents attended the academy one night per week for nine weeks and learned about local government functions and services as well as opportunities to work together to make the city a better, safer place to live.

Twenty-three residents have graduated from the Citizens Police Academy and are now actively engaged in their neighborhoods. The program’s success led to the development of a Youth Academy, which recently graduated 17 teenagers. One Youth Academy graduate says, “I liked all the scenarios and activities because they helped me see, feel and understand how difficult it could be to be a police officer.” Another graduate adds, “I honestly loved the academy. I was scared because I didn’t know anyone, but I met a lot of new people. Most importantly, I learned a lot about law enforcement. My opinion changed completely, and now I understand the job better.”

For more than 10 years, staff had been trying to build a service center and/or substation in the east portion of the city. However, finding a suitable site location and funding for the project made it difficult. When Facebook heard the Police Department was considering a site near the gateway into the Belle Haven neighborhood, the company offered to pay the three-year lease on the property and build a secure law enforcement facility with the comfort of a Facebook lobby.

The city’s relationship with Facebook has expanded, and the company now funds a full-time police officer to work with at-risk youth. The Menlo Park Police Department is the first law enforcement agency in the nation to have a full-time officer position funded by a private company. City staff believes that public-private partnerships will be instrumental for smaller agencies to implement nontraditional programs, because local government budgets are increasingly constrained.

Without this partnership, the Police Department would not be in a position to have an officer work specifically with at-risk teens. However, since the position has been in place, the officer has also arranged to meet every week with at-risk students in the sixth, seventh and eighth grades at Belle Haven Elementary School. During this time, the officer addresses issues that these students confront daily, and they discuss techniques for choosing the right life path. The officer meets with every class at the elementary school a minimum of three times during the semester. In March 2015 the Peninsula Council of Lions Clubs recognized the officer assigned to this position for her outstanding service working with schools and at-risk youth.

Reductions in Crime and Traffic Collisions

In addition to the significant increase in community participation throughout the Belle Haven neighborhood, the decrease in crime has been noteworthy. When compared with the previous two years, overall crime at the end of 2014 in the Belle Haven neighborhood declined 42 percent over 2013 — and 12 percent throughout the entire city. Reductions in traffic collisions were equally impressive. By adhering to the Strategic Traffic Plan and enforcing violations most important to the community, the city achieved a 15 percent reduction in collisions during 2014.

The City of Menlo Park offers an example of how a small agency can partner with residents and private entities to make their city a safer place to live, work and play.

Photo credits: Courtesy of City of Menlo Park and League of California Cities