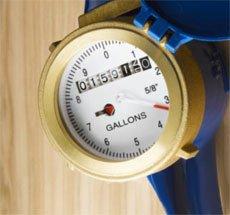 Michael G. Colantuono is a shareholder in Colantuono & Levin, P.C., a municipal law firm with offices in Los Angeles and outside Grass Valley. He is city attorney of Auburn, Calabasas and Sierra Madre. He can be reached at Mcolantuono@cllaw.us.

In July the California Supreme Court decided Bighorn-Desert View Water Agency v. Verjil, ruling that metered rates for consumption of water are “property-related fees” subject to Proposition 218. The ruling also applies to sewer service charges and charges for refuse collection where the rate is set by a government agency, as opposed to a privately contracted waste hauler.

Prop. 218 created a category of fees known as “property-related fees.” Such fees may not be imposed or increased unless a local government conducts a majority-protest proceeding 45 days after mailing a notice to all fee payers. If no majority protest occurs (as is likely, given how difficult it is to get a majority of property owners to participate), then the agency must submit the measure to a mailed ballot, majority vote of property owners (voting one vote per parcel) or to an at-the-polls, two-thirds vote of registered voters. This second requirement does not apply to fees for water, sanitary sewer and trash services. These provisions have provoked more controversy and litigation than Prop. 218’s assessment and tax provisions.

History of Proposition 218 in Court

The state Supreme Court held in 2001 in Apartment Ass’n v. City of Los Angeles that a fee is not subject to Prop. 218 if it can be avoided by means other than selling the property — such as not engaging in residential leasing or not taking water. Previously, in 2000, the Court of Appeal concluded that metered water rates were not subject to Prop. 218 in Howard Jarvis Taxpayers Ass’n v. Los Angeles.

In 2004, the Supreme Court’s decision in Richmond v. Shasta Community Services District held Prop. 218inapplicable to water connection charges on new development because these charges result not from property ownership, but from voluntary decisions to develop property. That decision, however, suggested that charges for continuing service to an existing water meter might be subject to Prop. 218.

The current case involves an initiative to reduce the Bighorn district’s water rates by two-thirds and to require voter approval for future increases. When the county registrar certified the initiative petitions, the district sued to remove the matter from the ballot on the ground that it exceeded the initiative power created by Article 13C of Prop. 218 by 1) affecting a fee that is not subject to the proposition; 2) impairing essential governmental fiscal powers; and 3) exercising powers that the Legislature delegated to the district’s board alone. The trial court ruled for the district and the Court of Appeal affirmed. However, the Supreme Court granted review and returned the case to the appellate court for reconsideration in light of Richmond. The Court of Appeal renewed its decision and the Supreme Court granted review of the case a second time.

Bighorn definitively rejects the argument that Prop. 218’s property-related fee provisions do not apply to fees based on measured consumption of utility service. Writing for a unanimous court, Justice Joyce Kennard noted in Bighorn, “Domestic water delivery through a pipeline is a property-related service within the meaning” of Prop. 218’s definition of a property-related fee. She also stated, “Accordingly, once a property owner or resident has paid the connection charges and has become a customer of a public water agency, all charges for water delivery incurred thereafter are charges for property-related services, whether the charge is calculated on the basis of consumption or is imposed as a fixed monthly fee.”

The key phrase here is “for water delivery,” so turn-on, turn-off, meter repair and charges for services other than water service itself are not made subject to Prop. 218 by this decision.

As to public agency charges for water, sewer and government-delivered trash service, this means local governments must comply with the notice and majority protest proceedings of Prop. 218 but not the election requirement, because a partial exemption applies to charges for these services.

In addition, revenues from water, sewer and government trash service charges are governed by Prop. 218’s rules. These generally require that rates not exceed the cost of providing the service and that rate proceeds be used only to provide the service. Transfers from utility accounts into an agency’s general fund must now be justified as one of the following:

Previous appellate decisions involving Roseville and Fresno suggest such charges might include the cost of police and fire protection of utility property, and wear and tear on streets and other infrastructure attributable to utility operations.

The Bighorn case also sheds light on the initiative provisions of Prop. 218’s Article 13C. One important question about those provisions was whether the fees and charges subject to initiative repeal or reduction by Prop. 218 are limited to the property-related fees governed by Article 13D, or whether other fees can be reduced by voters as well. The court reserved this question for another day, but made it clear that all property-related fees — including water, sewer and government-provided trash service charges — may be reduced or repealed by initiative.

The fact that the Legislature has delegated rate-setting power directly to a local legislative body does not alter this rule; Prop. 218 amended the state Constitution and binds the Legislature as well.

While rates may be reduced or repealed by initiative, the court invalidated a provision of the Bighorn measure that required two-thirds voter approval of future rate hikes, ruling that an initiative under Prop. 218 cannot make new rules for the adoption of revenue measures. This is less helpful to local governments than it appears, however, as the court noted that the Elections Code requires voter approval for changes to an initiative measure approved by voters. Therefore, if a rate reduction initiative is adopted by voters, it can be amended by the local agency’s legislative body only to the extent that the initiative measure expressly allows it to do so. Thus, a rate reduction initiative will often become a rate cap as well. On this issue, the court stated:

By exercising the initiative power, voters may decrease a public water agency’s fees and charges for water service, but the agency’s governing board may then raise other fees or impose new fees without voter approval. Although this power-sharing arrangement has the potential for conflict, we must presume that both sides will act reasonably and in good faith and that the political process will eventually lead to compromises that are mutually acceptable and both financially and legally sound.

The court does not provide much guidance as to how an agency can “raise other fees or impose new fees without voter approval” without amending or violating an initiative that reduced rates. Can there be two rates for the delivery of water?

Many state statutes require water rate-setting bodies to set rates high enough to cover the costs to provide an adequate and safe water supply. The court pointed out that it was not deciding whether voters acting by initiative can be held to such rules. The fact that the Legislature is subject to Prop. 218’s rules suggests voters might not be. On the other hand, in general, voters acting via initiative have no more power than does a city council. That would suggest voters cannot set a rate too low to provide a safe and adequate water supply.

Another issue not addressed in the decision has to do with rate covenants in revenue bonds. These are promises to holders of bonds issued by public utilities to set utility rates high enough to maintain the utility’s infrastructure and to cover the interest and principal of the bonds. These promises are binding contracts protected by the federal Constitution’s impairment of contracts clause, and a rate-reduction initiative that violated such a covenant would likely be invalid.

So what does all of this mean for local governments that provide utility services? First, ordinary utility charges for water, sewer and trash service provided by government employees cannot be imposed or increased without 45 days’ mailed notice to all ratepayers (which can be included in a bill) and an old-fashioned majority protest proceeding in which silence is consent. The provisions of Prop. 218 and the Omnibus Prop. 218 Implementation Act are not entirely clear as to whether this notice must be provided to record owners of property, customers of record or both. Lawyers active in the League, the Association of California Water Agencies and other local government organizations are engaging in discussions with the Howard Jarvis Taxpayers Association about possible legislation in 2007 to clarify these issues. For fees collected via the tax roll, notice to record owners of property would appear to be all that is required. For fees collected via utility or other bills, the proper course of action is less certain, and city officials should consult their legal counsel on this point.

Second, utility revenues are subject to Prop. 218’s rules regarding the use of rate proceeds. Local agencies that make transfers from utility accounts to their general funds should justify these transfers on the basis of cost — perhaps the cost of public safety services to the utility and infrastructure impacts of utility operations.

Third, agencies facing initiatives to reduce utility rates should examine any outstanding revenue bonds to determine if they have made rate covenants with their bond holders, as most such bonds include these promises.

Not all the questions raised by this case are yet answered, and some issues — like the power of an agency to impose a new rate to make up for a rate-reduction initiative — will likely be decided in future court cases.

Proposition 218 in a Nutshell

Proposition 218 requires voter approval for all taxes and for certain fees that are “property related.” Defining what is and is not a property-related fee has been the subject of several court cases. Prop. 218 also sets forth the procedure that must be followed to impose assessments on real property for capital improvements such as streets, sidewalks and landscaping.

Western City published an article in its May 2005 “Legal Notes” column that may be of interest to readers who seek further background on this issue. The article was titled “Are Utility Fees Subject to Proposition 218?” and is available online at www.westerncity.com/legalnotes.

For more information, visit www.cacities.org and type “Proposition 218” in the site search box.