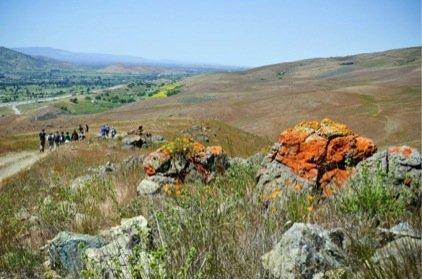 A New Approach to Habitat Conservation in Silicon Valley

The concept of creating a Habitat Conservation Plan began with questions and complaints: Why does it take so long to process a development permit, and why are so many agencies involved? What does it take to ensure that conservation measures are followed regardless of property lines and proposed projects? If the development and/or conservation criteria of local jurisdictions are met, why do projects also need to meet the criteria of state and federal agencies, all of whom have different permitting processes, timelines, viewpoints and requirements that sometimes conflict? It costs a great deal in terms of time and money to get to the point of obtaining these multiple permits, and at the end of this exhausting process the result may not do a very good job conserving sensitive land, wildlife and species. What can be done?

Several jurisdictions in Santa Clara County have taken on this issue. The county, also known as Silicon Valley, is home to numerous high-tech companies but also contains large areas of rural land that can be developed and environmentally sensitive habitat within those areas. In 2013 the cities of San José, Gilroy, Morgan Hill and the county government created a Habitat Conservation Plan titled Santa Clara Valley Habitat Plan — A Conservation Legacy, which encompasses over 500,000 acres of land, roughly two-thirds of Santa Clara County. These local jurisdictions, together with the Santa Clara Valley Water District and the Valley Transportation Authority, partnered with the State of California Department of Fish and Wildlife and the U.S. Fish and Wildlife Service to create the Habitat Plan and the Habitat Conservation Agency. Under this plan and agency only one permit is necessary to develop a parcel of land through a simplified process using standardized fees and implementation measures. 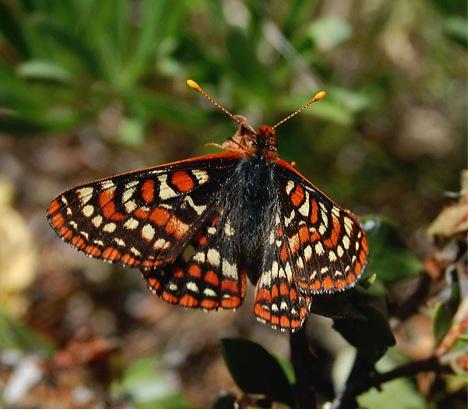 The idea behind both the plan and the agency is to protect and enhance habitat for endangered species and natural resources while facilitating orderly development in Santa Clara County. The goal is to provide for the conservation of the most important habitat for endangered and/or threatened species, thereby contributing to their recovery, while at the same time creating a streamlined approach for private developers and property owners to obtain endangered species permits for private development. The Habitat Plan applies only to eligible projects, also known as covered projects, undertaken within the Habitat Plan Permit Area. It covers 18 wildlife and plant species such as the Bay Checkerspot Butterfly, San Joaquin Kit Fox and the California Tiger Salamander.

State and federal environmental laws require projects that potentially affect endangered species or their habitat to obtain authorization from one or both wildlife agencies. This authorization must be obtained for any activity that may harm a species, including removing its habitat, even if the activity (land development) is otherwise legal.

These permitting requirements are usually determined on a project‐by-project basis and are separate from acquiring permits from local planning agencies. Obtaining endangered species permits can be a lengthy and difficult task, often delaying final project approval and construction. Applying for these permits may require in-depth biological studies to determine how the project will affect a species and its habitat. In addition, private developers or property owners may be required to “mitigate” for any impacts on endangered species and their habitat. This may require preserving portions of the subject property for habitat, or alternatively finding lands to purchase or preserve as habitat or creating or restoring any sensitive habitat (such as wetlands) affected by projects. Above and beyond the permitting process, these mitigation and restoration requirements can require years of expensive work associated with habitat creation and monitoring, for which a property owner or developer is perpetually responsible.

The Habitat Conservation Plan and a New Process

A Habitat Conservation Plan (HCP) is a multijurisdictional program that meets federal Endangered Species Act (ESA) requirements and enables local agencies to both enact and permit projects and activities that affect endangered species and reduce their habitat. To proceed, those projects must pay fees that are used to protect lands that offset the loss of habitat. In addition, the activities must incorporate HCP standardized measures to avoid or minimize effects on the natural communities or endangered species.

As the HCP extends federally authorized endangered species permits to all projects or activities within the plan’s jurisdiction, it is the local government agencies that determine the fees, apply the standardized measures and issue the permits. In other words, local governments participating in the HCP are granting federal endangered species permits along with their own permits.

Santa Clara County’s Habitat Plan offers a more efficient process for both protecting the environment and processing permit applications for local projects and activities that may affect endangered species. The U.S. Fish and Wildlife Service must approve an HCP before implementation can occur. This programmatic approach to environmental permitting can address other regulatory requirements; therefore other federal agencies can also be included, such as the National Marine Fisheries Service and the U.S. Army Corps of Engineers. The Santa Clara County plan is expected to incorporate the corps’ permit process in 2015. 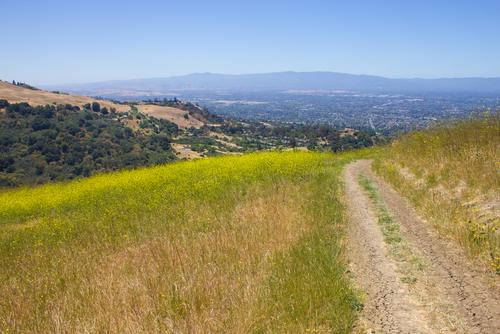 The State of California has a counterpart to the federal HCP, called the Natural Community Conservation Plan (NCCP) authorized under the California Natural Community Planning Act of 2003 (and substantially amended in 2010). The NCCP follows similar guidelines as the HCP and allows local governments to grant permits normally subject to California Department of Fish and Wildlife requirements and approval.

NCCPs have higher standards than federal HCPs, one of which is that approved plans must contribute to the recovery of endangered species, whereas a federal HCP need only require mitigation for a new adverse impacts on a species. Also NCCPs must be applied on a regional scale to protect a diversity of species and habitat.

Local jurisdictions in Santa Clara County saw the advantage of combining both a HCP and NCCP into one comprehensive Habitat Plan that included a regional approach to habitat conservation and consolidated endangered species permitting at the local level.

It should be noted that the Habitat Plan is not a land use plan. It does not change or amend any local jurisdictions policies regarding zoning or allowable growth and development. However, as a Habitat Plan is intended to streamline endangered species permitting, typically any activity that is consistent with a local agency’s General Plan or Capital Improvement Plan is preauthorized for inclusion in the Habitat Plan. 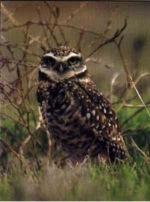 The consolidation of endangered species and land use permitting within agencies at the local level is the most obvious benefit of this new approach, and there are many more. For landowners developing their land, the Habitat Plan creates certainty in the endangered species process by establishing standardized fees and conditions for impacts on species habitat, including wetlands and streams. Developers and landowners know fees before going through the land use process. These known fees can then be encompassed within a project’s pro forma (a document that articulates the assumptions, cash flow, costs and returns associated with the development project).

With respect to environmental protection and the preservation of habitat for wildlife and rare or endangered plants, the Habitat Conservation Plan uses conservation science to map out known areas of sensitive habitats for protection within the region. These mapped areas for priority protection integrate other protected lands (such as county parks) to preserve a wide diversity of ecosystems together within a consolidated reserve system, benefiting multiple plant and wildlife species.

The Reserve System Within the Habitat Plan

The proposed reserve system under the Habitat Plan will encompass 46,920 acres of land. Habitat plan fees paid when land is developed are used by the Santa Clara Valley Habitat Agency to purchase this sensitive land either through land acquisition or conservation easements. Land that meets the reserve can also be provided by landowners in lieu of paying fees. The Habitat Agency will hold title to lands or easements and administer the reserve system.

How the Habitat Agency Works

The Habitat Plan is set up to take advantage of local expertise and consolidate administrative duties to match existing government responsibilities. Local planning offices will issue endangered species permits to landowners and developers in tandem with building and other development permits. The Habitat Agency will work together with other land management entities (such as open space districts, land trusts or water districts) to purchase land and coordinate management as part of the land reserve system. The Habitat Agency will also coordinate between the local agencies and provide annual reports to the federal and state agencies regarding the plan’s progress.

The Habitat Agency may provide funding to local land trusts or other districts to purchase land for the reserve system. It also funds reserve system management and monitoring, which includes making sure other local agencies involved with the conservation of land within the reserve system carry out their mandate. 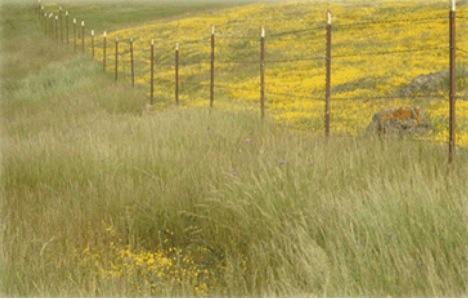 In order to further streamline the Habitat Plan’s permitting process, the local agencies have created forms and Internet-based tools that allow applicants and the public to more easily access the data and information needed to complete the permit requirements. This includes the creation of the Habitat Agency “Geobrowser” — an Internet-based Geographic Information System tool (at www.hcpmaps.com/habitat) that allows applicants to view all of the habitat plan maps in an interactive format, including the ability to search for a specific property and create reports that summarize the applicable fees and permitting requirements based on location. This tool allows developers to more easily predetermine habitat plan costs and permitting requirements, rather than using the “business as usual” approach to endangered species permitting that was characterized by uncertainty.

The City of Gilroy (pop. 51,000), under its Glen Loma Specific Plan, was the first to obtain a set of permits under the Habitat Plan’s streamlined permitting system in summer 2014. The project is a new 300-acre mixed use neighborhood within the southwestern area of Gilroy, located in southern Santa Clara County, that will include over 100 acres of open space and parks, a new middle and elementary school, mixed housing types and a subregional town center.

Challenges Associated With the Process

The idea of consolidating agency permitting from many levels of government under one roof with one set of criteria is a very attractive one. It is the essence of responsible, less bureaucratic comprehensive planning. However, it takes a great deal of time, negotiation and effort to achieve that goal. Overcoming agency suspicions or mistrust and jurisdiction rivalry and authority are just a few of the challenges to overcome. In addition, finding ways to pay for the outcomes — including buying the land and monitoring the results of development and its impact — is very difficult. Although it took over 10 years, the jurisdiction involved in the Santa Clara Valley Habitat Plan were able to reach agreement. Implementing the plan will be the next chapter of this continuing process.

How to Create a Habitat Plan

Step 1. Identify whether a Habitat Plan is needed.
Step 2. Identify which local agencies will benefit most from a plan.
Step 3. Begin coordination with wildlife agencies.
Step 4. Select a consultant.
Step 5. Identify endangered species to be included, development to be addressed and best lands for conservation.
Step 6. Conduct public outreach.
Step 7. Adopt and implement the plan.