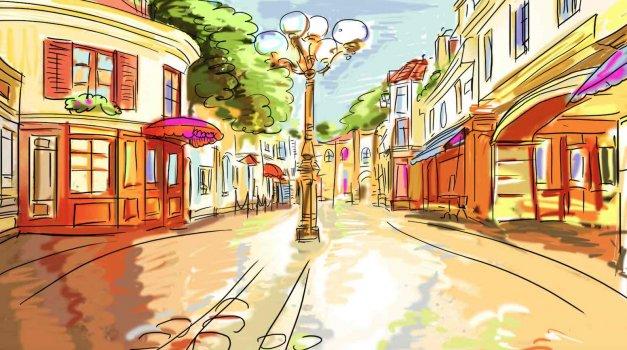 Dan Carrigg is senior legislative director for the League and can be reached at dcarrigg@cacities.org.

It’s difficult to find a legislator in California today who thinks eliminating redevelopment was a good idea. The dissolution process that followed has been difficult and frustrating, but communities must find a way forward. Several new tools, which the League helped shape, are now in place and allow tax increment to be used for various purposes. They differ significantly from “old school” redevelopment, but offer a number of promising alternatives.

For over 60 years, redevelopment provided the most useful and flexible economic development and urban renewal tool for California’s cities. Deteriorated areas could be improved, restored and rejuvenated — all financed through property-tax increment. This increment was derived by capping property-tax allocations to local agencies at a fixed level and directing future property-tax growth to implement the redevelopment plan. Of course redevelopment had its issues and critics, but it was a tool that worked. In 2011 when Gov. Jerry Brown and the Legislature eliminated it, 385 redevelopment agencies were generating over $6 billion per year, with $1 billion dedicated to affordable housing.

But the old redevelopment tool is gone and has been replaced by three new tools:

All three represent new laws authorizing the use of tax increment. They differ from the former redevelopment tool, but still offer potential to help cities solve problems.

Under the old model, once a city formed a redevelopment agency, all future growth from property tax shares — not just the city’s share — was directed to the redevelopment agency. This meant that while a redevelopment project was underway, the other taxing entities (the county, schools and special districts) deferred receiving additional property-tax growth until the redevelopment project was completed. This policy was based on the philosophy that redevelopment created jobs and economic activity and increased property values, allowing all stakeholders to benefit. Yet this rationale had its critics. Counties and special districts disliked not being part of the decision to form redevelopment agencies in cities and had other funding priorities, and state budget drafters complained because Proposition 98 (1988) required the state to backfill losses to schools from redevelopment diversion that by 2011 amounted to about $2 billion per year.

With the new tools, however, tax increment is much different: Agreement by any affected agency is now required. A taxing jurisdiction is entitled only to the increment generated on its own share of the property tax unless other local agencies also agree to contribute their shares. For example, if a city forms a new entity, the city can direct only the increment derived from its own share to this purpose, unless the county and/or special districts also agree to have growth of their respective shares dedicated. As a result, when local governments agree to partner on infrastructure and economic development they can maximize the tool’s financial capacity.

School districts, however, are prohibited from agreeing to allocate growth from their shares of property tax to these purposes, reflecting the state’s concern about the need to backfill any losses. This is a major reduction in financial capacity, because approximately 50 percent of property taxes are allocated to schools.

The Enhanced Infrastructure Financing District (EIFD) law (beginning with Section 53398.50 of the California Gov’t. Code) provides broad authority for local agencies to use tax increment to finance a wide variety of projects, including:

The EIFD provides broad flexibility in what it can fund. No public vote is required to establish an authority, and though a 55 percent vote is required to issue bonds, other financing alternatives exist. Unlike former redevelopment, this tool imposes no geographic limitations on where it can be used, and no blight findings are required. An EIFD can be used on a single street, in a neighborhood or throughout an entire city. It can also cross jurisdictional boundaries and involve multiple cities and a county. While an individual city can form an EIFD without participation from other local governments, the flexibility of this tool and the enhanced financial capacity created by partnerships will likely generate creative discussions between local agencies on how the tool can be used to fund common priorities.

The Community Revitalization and Investment Authorities (CRIAs) law (beginning with Section 62000 of Gov’t. Code) authorizes tax increment to be used in combination with the powers of former redevelopment agencies. A CRIA focuses on assisting with the revitalization of poorer neighborhoods and former military bases. While similar to redevelopment, a CRIA is more streamlined. Accountability measures are included to ensure that the use of the CRIA remains consistent with community priorities, and a 25 percent set-aside is included for affordable housing. Although an initial protest opportunity exists, no public vote is required to establish an authority, and bonds and other debt can be issued after a CRIA is established.

The Annexation Development Plan (ADP) law (Section 99.3 of Revenue and Tax Code) authorizes tax-increment financing to be adopted by consenting local agencies (city and/or a county or special district) to improve or upgrade structures, roads, sewer or water facilities or other infrastructure as part of annexing a disadvantaged unincorporated community. An ADP can be implemented by a special district either formed for this purpose or incorporated into the duties of an existing special district. After the Local Agency Formation Commission (LAFCO) approves the annexation, the special district can issue debt without an additional vote.

The League encourages city officials to familiarize themselves with these new tools, which offer access to tax-increment financing in different ways with new authority attached. Creative thought should be given to how these options and collaborative opportunities can address your community’s needs.

Coming Next Month: What You Need to Know About AB 2 and Community Revitalization.