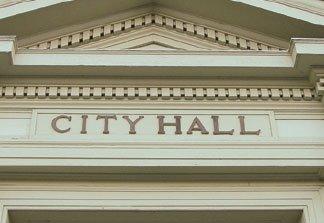 The New Transparency in Local Government

The government closest to the people is local government — namely cities. By and large, elected representatives and city staff live in the same communities where they work. This often results in conversations, over a cup of coffee or in the produce aisle at the supermarket, about local politics and the latest building projects. For this reason, local governments are also the level of government most accountable to the people, and that is why what happened in the City of Bell earlier this year is all the more disturbing.

Instead of trying to engage our residents on issues of regional transportation, state funding grabs or redevelopment, local leaders are fielding questions about how much a street worker is paid or what the city manager’s retirement package includes. At a time when public agencies are implementing work furloughs and cities are struggling to do more with less, our jobs are that much harder to accomplish without the benefit of a high level of public trust.

Elected officials and city managers throughout the state are furious about the atrocities in Bell — with good reason. The misguided actions of a few individuals have harmed the entire profession of public service, especially city management. This isn’t going to just blow over, and it shouldn’t. It should serve as a wake-up call for us all.

Right now our greatest challenge and mandate in local government is regaining the public’s trust. This will absolutely require that we not just pay lip service to the task but actively take responsibility by providing increased transparency, including going above and beyond what is required.

Right now we must collectively respond to our communities — not just by expressing our moral outrage and pointing our fingers, but by doing what good government should always do in the face of challenges: Commit to real change and go out of our way to remind our residents and business and community leaders why we deserve their trust in the first place.

Right now it is imperative that we as municipal leaders be proactive and embrace the changes that will move us forward to achieve positive outcomes. We need to work collaboratively to bring about meaningful reforms.

Right now is the time to show our constituencies the positive contributions public servants make in communities each and every day. City councils and city managers throughout the state regularly lead well-run organizations that effectively and publicly manage billions of dollars, millions of people and every resource known to humankind.

To accomplish these things, we must advance transparency and accountability across the board. We have the technology to provide easy, online access to all types of government information in formats that can be searched and downloaded.

The League’s City Managers Department Executive Committee, comprising more than 40 city managers from throughout California, met in Sacramento this summer. Discussion items included the issues resulting from what happened in Bell. The committee voted unanimously to create a special task force to work in concert with the League, International City/County Management Association (ICMA), California City Management Foundation and the counties on a cohesive and proactive response to what happened — and to create real reforms.

In partnership with ICMA, a draft set of compensation guidelines was developed and submitted to the League board of directors, which approved them unanimously. A city managers’ salary survey was completed and released by the League and ICMA. These actions underscore our commitment to openness and reform.

Leaving no stone unturned, we also reached out to the attorney general, state controller and the Los Angeles County District Attorney’s Office, offering whatever assistance was needed to assist them in their quest for answers about the situation in Bell.

The overarching goal is to work collaboratively and proactively with all affected parties and entities to set into motion a series of changes that will result in:

The League also supported some key legislative reforms this year to ensure continued transparency in state and local compensation practices. Granted, there will be more to come as politicians and agencies try to right the wrong that has been perpetrated on us all.

Our Responsibilities as Leaders

If you don’t believe the city management profession has been irreparably harmed by all of this, think again. Consider the decrease in civility toward public servants. Our ability to attract great people to public service has also diminished. There can be no doubt — this is our issue to manage.

As city council members, city managers and community leaders, we must act thoughtfully and assertively to address this issue and make sure the public understands that what happened in Bell is not indicative of who we are as dedicated professionals and public servants.

City managers can and must use this as an opportunity to lead our communities through this crisis and move past it. As leaders, it is up to each and every one of us to use our collective education, experience and wisdom to bring our communities into a new era of transparency in local government.