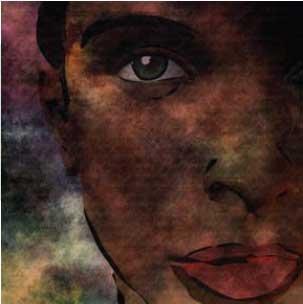 Article January 1, 2011 News from the Institute for the Local Government Hal Conklin

Hal Conklin is former mayor of Santa Barbara, a past president of the League and chair of the Institute for Local Government Board of Directors. Conklin is also director of public affairs for Southern California Edison. He can be reached at hal.conklin@sce.com.

My favorite Marxist statement is: “Politics is the art of looking for trouble, finding it everywhere, diagnosing it incorrectly and applying the wrong remedies.” In this case, it was spoken by Groucho Marx, the 20th century actor and comedian.

His humorous observation also relates to how local leadership often works. Too many elected leaders enter the civic arena believing that their job is to look for trouble and then propose some creative and mind-bending solution that reveals them as a person of immense wisdom.

Leadership today, however, requires the ability to facilitate collective, vibrant solutions for our communities — solutions that the public owns and has a stake in seeing through to a positive conclusion.

The next generation of leaders in any local agency must be comfortable standing with a microphone in a crowded room moderating a contentious debate or facilitating a session about an issue that affects the future of peoples’ lives and neighborhoods.

First and foremost, a 21st century leader needs to help his or her community identify a vision for the future. Maintaining a clear vision is essential to a community’s ability to move forward and accomplish its goals. Clarity comes when the leadership within a community struggles with and produces a common set of values and action plans.

This process might be described in the same kind of terms you would hear from an ophthalmologist. Once your vision is corrected, everything becomes clear. Over time, your vision begins to deteriorate again, and sometimes cataracts cloud the eyes. When this happens to us in the physical world, we know exactly what needs to be done; we visit a doctor who restores our vision.

In the civic world, it works much the same way. Communities find themselves at some point in time having a clear vision. Then that clarity gradually deteriorates, and people interpret the vision in different ways. Essentially, the community gets cataracts. In a civic culture, that process cycle occurs about every two to five years. Thus, every community needs to refocus its vision every two to five years or it is in danger of bogging down in details and losing the ability to move forward.

The most important outcome here is not some super planning document but rather the community’s experience of participating collaboratively. When community members come to expect that they are going to have an ongoing say in their own future, a culture of civic participation begins to take hold.

For some local leaders, getting all those people involved in some large dialogue can be an intimidating concept. Developing the needed skills usually involves a lot of training for elected officials, support from staff and access to outside resources. Community involvement doesn’t run on automatic pilot. We have entered the era of collaborative decision-making.

The Institute for Local Government’s Public Engagement and Collaborative Governance program offers a wealth of resources that support local officials’ efforts to promote effective and inclusive public involvement in their communities. Visit www.ca-ilg.org/publicengagement to learn more. Becoming skilled as one of the community’s masters of dialogue may be the best investment you’ll ever make as an elected official.