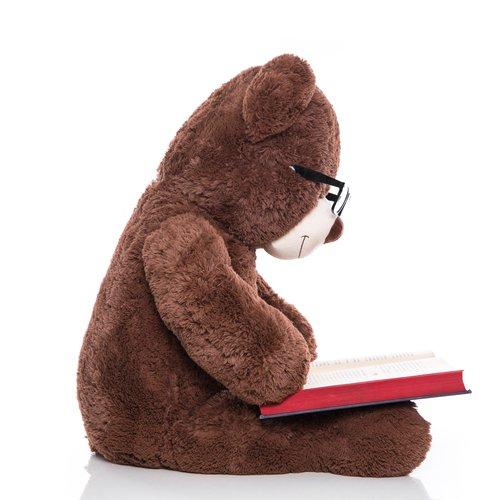 “Once Upon a Time”: Storytelling and the Art of Leadership

At 5:00 a.m. on Christmas morning, our young grandsons (5 and 8 years old) appeared at our bedroom door with excitement on their faces. “Are you awake yet?” they whispered. Their grandmother sweetly asked, “Would you boys like Grandpa to tell you a story while I get up and start preparing breakfast?” They eagerly agreed, and I knew I had to produce something good; my job was to stall so their parents could sleep a bit longer before the Christmas gift-exchange chaos began. 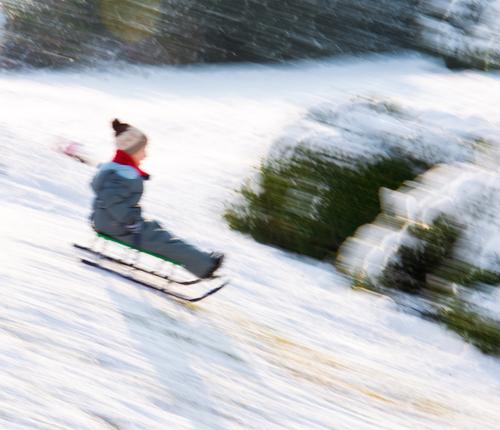 I launched into a true story of a childhood sledding adventure in my hometown of St. Louis. My memory of this escapade — set on a steep, snow-covered hill in the city’s best park — remains incredibly vivid. To make things even more exciting the story ends with my ultimately successful effort to sled down and then race out onto the frozen lagoon at the bottom of the hill.

My story comprised all the essential ingredients. It was based on fact, and it had a protagonist (me), antagonists (the hill, snow, cold and the lagoon) and a resolution. Moreover it had friendship as an added bonus and elements of risk and danger, as I described our uncertainty about whether the ice would hold when we finally reached it at the end of our sledding run. (It did.)

This tale of adventure mesmerized the boys, who asked me questions along the way and requested greater detail on the sled, my friend, the drop from the hilltop to the frozen lagoon, and my account of how we changed our sledding strategy (one of us piled onto the other) to emerge victorious.

At the story’s end, our younger grandson asked me to tell him which part was fake. I thought it over carefully and realized that 98 percent of it was entirely true. I had embellished only the part about the questionable safety of the ice. It dawned on me that I may have hit on the right combination of fact and fiction in my story.

When I told the “fake” story with the “real” parts, I failed; it was quickly forgettable. After finishing, I told the boys that the best stories are usually true with only a little bit of “spice” to make them even more exciting.

How Leaders Use Storytelling

This started me thinking about how I frequently use storytelling in my daily work to illustrate points to persuade or just connect with a colleague. We are steeped in stories and narratives, which speak to our needs and play an important role in how we learn.

City leaders often must inspire people to accept and even support changes in their lives that they might otherwise oppose. Any effective leader seeking such support for ideas understands how stories can help translate vague concepts and ideas into goals and specific policies. Local leaders can use stories, sometimes called “scenarios” or “visions,” to paint a picture of a future city that others may find attractive and want to help achieve by raising taxes or volunteering.

Stephen Denning, an award-winning author who contributed a chapter titled “Storytelling” to the collection, Political and Civic Leadership: A Reference Handbook (2010), writes that stories have been the principal communication tool when starting great religions, wars or movements because stories are “more interesting and fresh than abstract argument. Stories fit the way people think. Story weaves in emotion in a way that rational argument can never do. Moreover, narrative is integral to the way we make decisions. Rather than making decisions by careful intellectual effort or following cues, human beings make most of their conscious decisions through narrative. We cannot decide what to do until we decide what story or stories we see ourselves as living. If political and civic leaders are to change the way people think and act, they have to change those stories.”

We are constantly creating a narrative for ourselves, our families, our organizations and, if we are elected or appointed officials, for our cities, counties and state. City leaders often ask themselves and others, “What kind of city do we want to be or have tomorrow?” We then pose choices based on what story we want to tell in the future about our city. Some leaders also engage city residents in telling personal stories that explain the need for the city to change or stay on its present course. These stories reinforce our own and extend their impact.

Denning says further, “Storytelling can be a powerful tool for leaders. Using it entails understanding the different kinds of stories, knowing which pattern works in which context, intuiting which stories one’s listeners are living, and having the capacity to judge how they will respond to new stories. These are all crucial aspects of using the power of storytelling. It means understanding the role of protagonists and whether the audience is likely to empathize with them. … It entails a recognition that human beings are exquisitely sensitive to the meaning of narratives. Therein lies the threat and promise of storytelling. If used unskillfully, storytelling can backfire badly. If used skillfully, it can be the engine for powerful leadership communications.”

What makes a good civic story? First, as my grandsons discovered with me, it must be true and believable. Denning believes leaders choose to tell true stories, rather than fictional ones, because they “are easier to believe and more difficult to satirize.”

Second, there must be a protagonist — an individual or group — struggling with an antagonist, which can be a person or a thing, such as crime, pollution, inefficiency, crumbling streets, weather, destruction of community heritage, loss of family and neighborhood support networks, and so on. This provides creative tension and the need for a resolution. As one grandson explained to me recently when he vetoed my request to be a “good guy” in one of our play sessions, you need a “bad guy” for the story to work, and he was not going to be the bad guy. Both are indispensable.

Third, remember that the story’s performance can be just as important as its substance. How many times has your body language undermined what you were saying? It is often said that three-fourths of communication is visual, so don’t contradict your words with your performance. People are extremely sensitive to hypocrisy, and our bodies can betray us if we don’t believe what we are saying.

Fourth, there needs to be an actual or possible resolution of the tension between the protagonist and antagonist. We crave conflict as well as its resolution, and this plays a critical role in effective storytelling.

Finally, a leader needs to know which parts of a true story to emphasize and which to downplay. This is simply a matter of focus, not of being disingenuous. The point here is not to undermine the thrust of the story with unnecessary and potentially conflicting or distracting details. The narrative should be simple, clear and compelling.

A city official recently asked me how we can deal with the onslaught of negative social and traditional media coverage of city events. These are just another type of story, after all, but they can do real damage if they are presented in an irresponsible manner. In a similar way, restaurant owners have discovered the remarkable power of online reviews and criticism.

I responded that if we are not telling stories about our cities and ourselves, others will do it for us — whether they do it responsibly or not. Social media gives us a tremendous opportunity to tell our stories, if we avail ourselves of it. And the best stories observe the basic rules presented here.

City residents also need to hear from trusted messengers on a regular basis; however, these may not always be elected officials or city staff. Third-party voices of residents can be great assets in this regard. For example, if someone tells you that they love something the city is doing, there is no problem with you asking them to post it on their own, your or the city’s Facebook page. Similarly, a criticism or suggestion for change based on a truthful anecdote could be just as useful. The voices will help balance those who offer a more negative and inaccurate version of the facts.

Just remember the power of the words “once upon a time” and you’ll be on your way.

This article appears in the March 2015 issue of Western City
Did you like what you read here? Subscribe to Western City