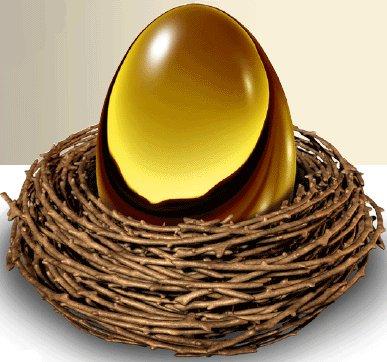 Opportunities to Save Pension Costs Through Collective Bargaining After Pension Reform

Robert A. Blum is a partner with the law firm of Hanson Bridgett and can be reached at Rblum@hansonbridgett.com.

Gov. Jerry Brown signed the Public Employees’ Pension Reform Act of 2013 (PEPRA), which he called “sweeping pension reform,” on Sept. 12, 2012.1 PEPRA mandates uniform, generally lower benefit formulas for all “new members”2 of California public agency defined benefit retirement plans — including those in the 450 cities that contract with California Public Employees’ Retirement System (CalPERS). PEPRA also requires that all new members pay at least half of the normal cost required to fund their pensions. Most city employees are not new members, and it may take many years before the full cost savings from new members show up in city budgets.

Cities may consider bargaining to increase employee contributions by:

Under PEPRA, the standard for all employees is to pay one-half of the normal cost, which is the cost of benefits earned in a year. For new members, this is mandated. For classic members, this is a goal.

CalPERS law sets the basic member contributions. Under prior law, if the contributions did not cover one-half of normal cost, the city paid the remainder. There was limited opportunity for cities to negotiate for the members to pay more.

Under prior law, cities could bargain only to share the cost of “optional benefits.”13 Some of the most costly optional benefits included using one-year final compensation (instead of a high three-year average) to calculate retirement benefits, increased cost-of-living adjustments and increased formulas such as “2 percent at 55” for miscellaneous members. Also under prior law, cost sharing had to be uniform for all miscellaneous members, so a city could not agree to share costs with a limited number of bargaining units. Even one small unit could hold up an arrangement approved by all others. In addition, prior law required that negotiation for this cost sharing occur before the optional benefit became part of the city’s CalPERS contract. While cost sharing could exist outside the CalPERS contract, this could be awkward for tax reasons and for accounting for member contributions.

PEPRA made major changes to these rules; it is now much easier for cities to negotiate sharing of normal cost. Now a city and its bargaining units may broadly agree to share the cost of employer contributions.14 There is no need to tie the agreement to optional benefits. Cities also now may reach agreement with some but not all bargaining units to share costs. If one or more units do not agree, then implementation can still apply for the units that do agree. However, under the new law, sharing of normal cost cannot be imposed after impasse — at least until 2018, as discussed below. These new rules are not limited to new members. They apply to classic members as well.

These changes in the law go a long way toward helping cities reach the goal of classic employees paying one-half of normal cost.

The change in PEPRA that expands cost sharing is not limited to normal cost. Any costs can be shared under the new rules. For example, a city could agree with its bargaining units that they will pay one-half of normal cost and one-half of the unfunded actuarial accrued liability. Again, there is no requirement that this type of agreement be tied to any particular benefit. In addition, an agreement could be implemented unit-by-unit, with different agreements for each unit if that is wanted. Unit-by-unit agreement could be very helpful because different bargaining units may have different cash flow needs and may place different values on retirement benefits.

Imposition in 2018. Starting Jan. 1, 2018, if there is impasse on cost sharing, cities may impose the requirement of paying one-half of normal cost on bargaining units. However, the contribution imposed cannot be more than 8 percent of pay for miscellaneous members, 12 percent of pay for police and firefighters and 11 percent of pay for other local safety members.15

Taxes. The federal tax laws allow employee contributions to be treated as pre-tax if they are “picked up” by the employer as a tax matter even though paid by the employee as a real economic matter.17There is no guidance from the IRS on the tax treatment of employee contributions under cost sharing and PEPRA. However, as long as the city adopts the resolutions required by the tax law and does this before any newly increased member contributions are payable, there should be a reasonable basis for treating new cost-sharing contributions as pre-tax. Cities should consult legal counsel on this issue.

Enhanced benefits. PEPRA recognizes that some government agencies will want to bargain to increase the current benefits provided to classic employees. Increases can be made as long as they apply only to service performed on or after the date of the enhancement.18 CalPERS has issued a proposed list of these optional benefits that are considered “enhancements.”19

Potential challenges by employees. Some employees or unions may believe that some of the new rules on cost sharing are not allowed by the vested rights rules and may challenge the ability of cities to negotiate and/or impose higher contributions without providing comparable new advantages. Whether this occurs and what the outcomes may be cannot be predicted at this time. Cities should consult legal counsel on this issue.

These new pension-reform rules open the way for cities to negotiate with their unions to control pension costs. Public employee pensions are generating substantial concern for taxpayers and local leaders alike throughout California — making this new flexibility critically important.

[2] New members generally are new employees who have never participated in a California public retirement plan or who have moved from another agency without being subject to reciprocity with that agency’s retirement plan.  Cal. Gov’t Code sec. 7522.04(e).

[3] “New members” is a complicated term of art established in PEPRA.

[5] There are vested rights questions about increasing member contributions, but the Legislature seems to have bypassed these questions, and some court decisions distinguish between contributions and benefit formulas.

[6] This article focuses on CalPERS because more cities contract with CalPERS for their employees’ retirement benefits than use other retirement plans.

This article appears in the April 2013 issue of Western City
Did you like what you read here? Subscribe to Western City