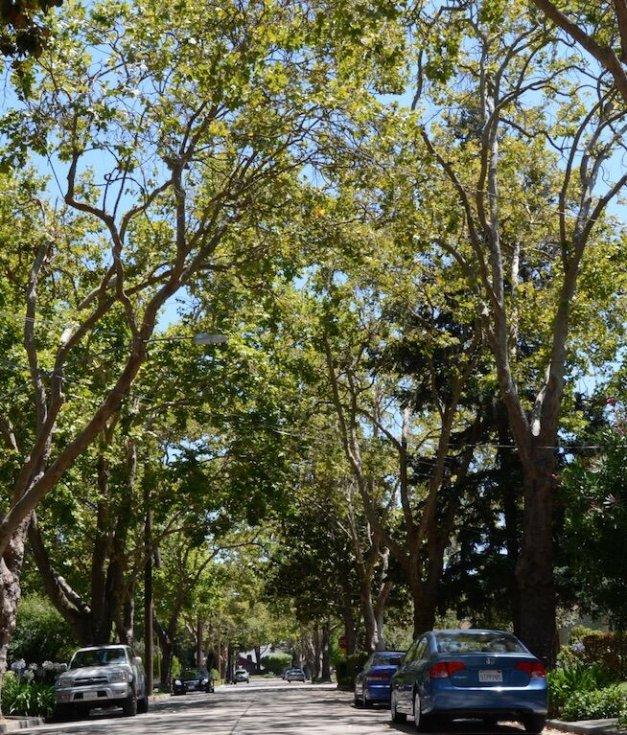 More than 36,000 mature trees line the streets of Palo Alto, a city with a history of sustainability leadership and community engagement. Palo Alto was one of the first cities to begin a curbside recycling collection program in 1978 and one of the first in California to adopt a climate action plan in 2007. “We are lucky to have a long-standing culture of innovative thinking and commitment to sustainability,” says Mayor Karen Holman. “As elected officials, we are trustees of preserving this culture.” 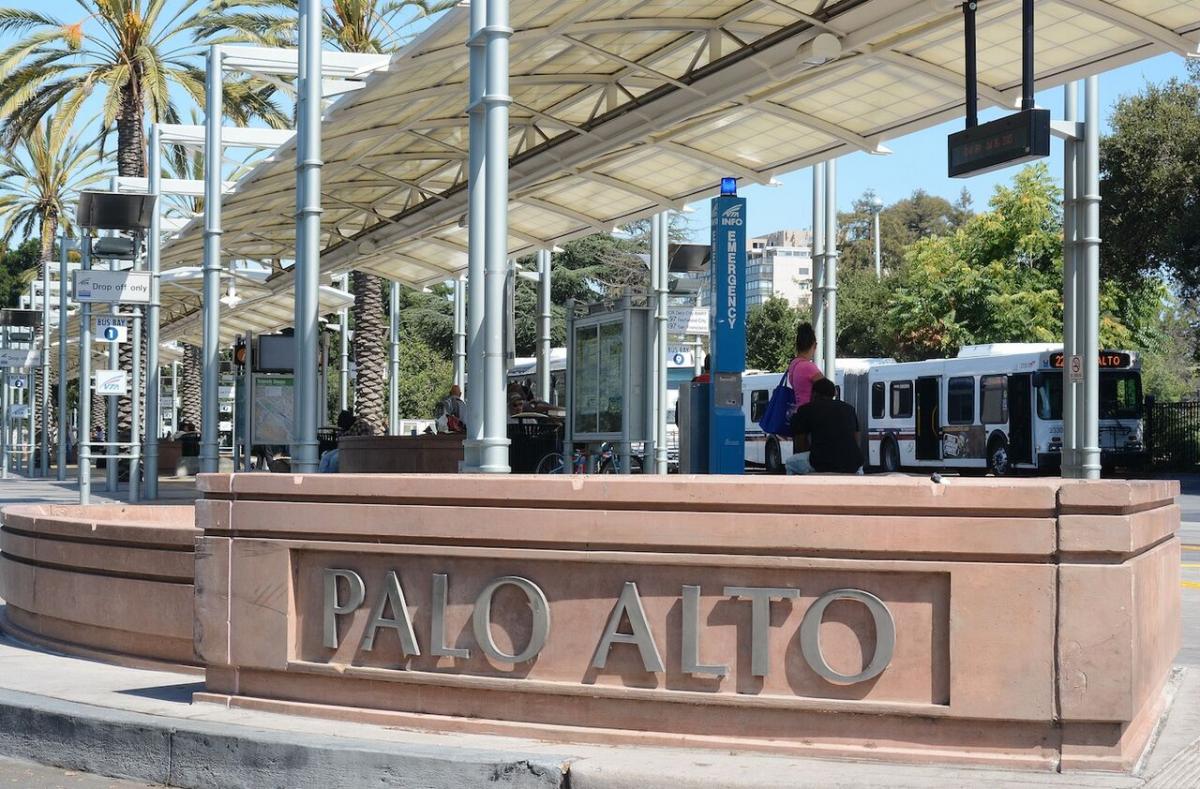 The Institute for Local Government’s Beacon Program (www.ca-ilg.org/BeaconProgram) recognizes voluntary efforts by local governments to reduce greenhouse gas emissions, save energy and adopt policies and programs that promote sustainability. The City of Palo Alto won a Silver-level Beacon Award in 2014 for its 53 percent reduction in greenhouse gas emissions, 35 percent reduction in natural gas and 9 percent reduction in energy usage in agency facilities over a 1990 baseline. In addition, the city reduced community greenhouse gas emissions by 21 percent and implemented a variety of innovative sustainability activities, which include adopting a progressive green building ordinance and an energy reach code that exceeds the minimum state energy code requirements by 15 percent and implementing a comprehensive water conservation plan. 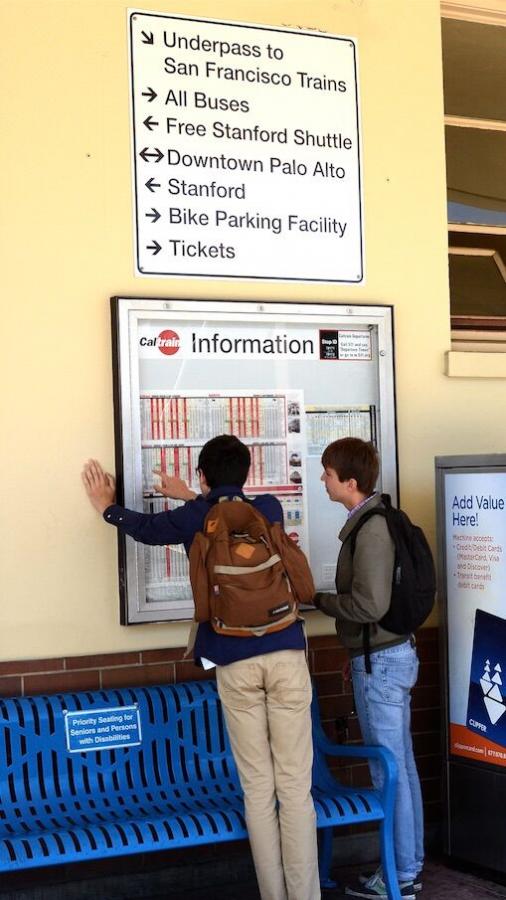 The Power of Being Your Own Provider

The City of Palo Alto is the first and only municipality in California that operates a full suite of city-owned utility services — electricity, gas, water and waste. It was the idea of two Stanford University professors, Charles Marx and Charles Benjamin Wing, who were largely responsible for the emergence of the municipally owned utility service in Palo Alto in the late 19th century. Marx and Wing argued that the city could provide utility service at rates significantly below those charged by private companies, but that they must show a financial return to the community for continued success. This has continued to be a priority not just in utility decisions, but in almost everything that goes before the city council.

“The city’s investment in community-owned utilities yields long-term benefits to Palo Alto that include competitive rates and programs that meet community goals as well as support for other city services,” says City Manager James Keene. “Specifically, local control means we have the responsibility to be prudent fiscal stewards for our community owners.”

As in many cities, the wastewater treatment plant was one of the city government’s largest energy consumers. To address this, in 2005 the city started using methane gas from Palo Alto’s landfill in the plant’s incinerator. This helped offset the use of natural gas in the afterburner. Six years later, the city fine-tuned the incinerator burners to increase efficiency. These projects, combined with other retrofits including an office lighting upgrade, resulted in a 16 percent reduction in greenhouse gas emissions that save the city more than $500,000 annually.

While innovation and fiscal stewardship underpin Palo Alto’s success, the way in which the city approaches uncharted territory also plays a vital role. Many of the more progressive policies and programs in place today started as smaller pilot programs that were carefully monitored and adjusted as funding, support and opportunities materialized. Along the way, these innovations evolved into best practices that other communities have learned from and emulated. 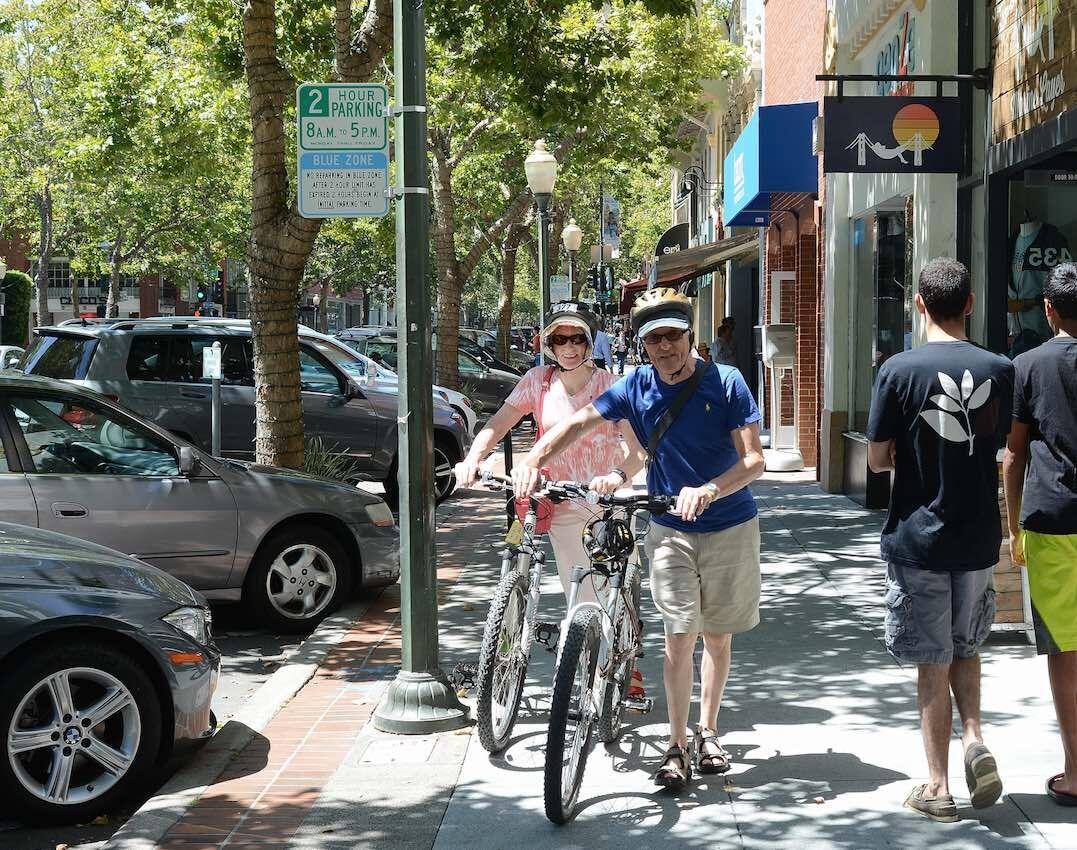 For example, the city first introduced “Palo Alto Green” electricity in 2003. The city started by offering its customers the opportunity to purchase carbon-free electricity from the utility at a higher rate. After 22 percent of the city’s customers agreed to pay more to reduce the carbon in their electricity, the city council decided to make all of the city’s electricity carbon free. While almost half of Palo Alto’s energy has been coming from hydroelectric power, the city struck deals in 2013 to add 12 percent renewable electricity from California wind farms, bringing its carbon-free portfolio up to 60 percent. Later in 2013, the city spent a little more than $400,000 to purchase renewable energy credits to offset its purchase of electricity derived from fossil fuels, thereby qualifying its entire electricity mix as carbon-neutral. 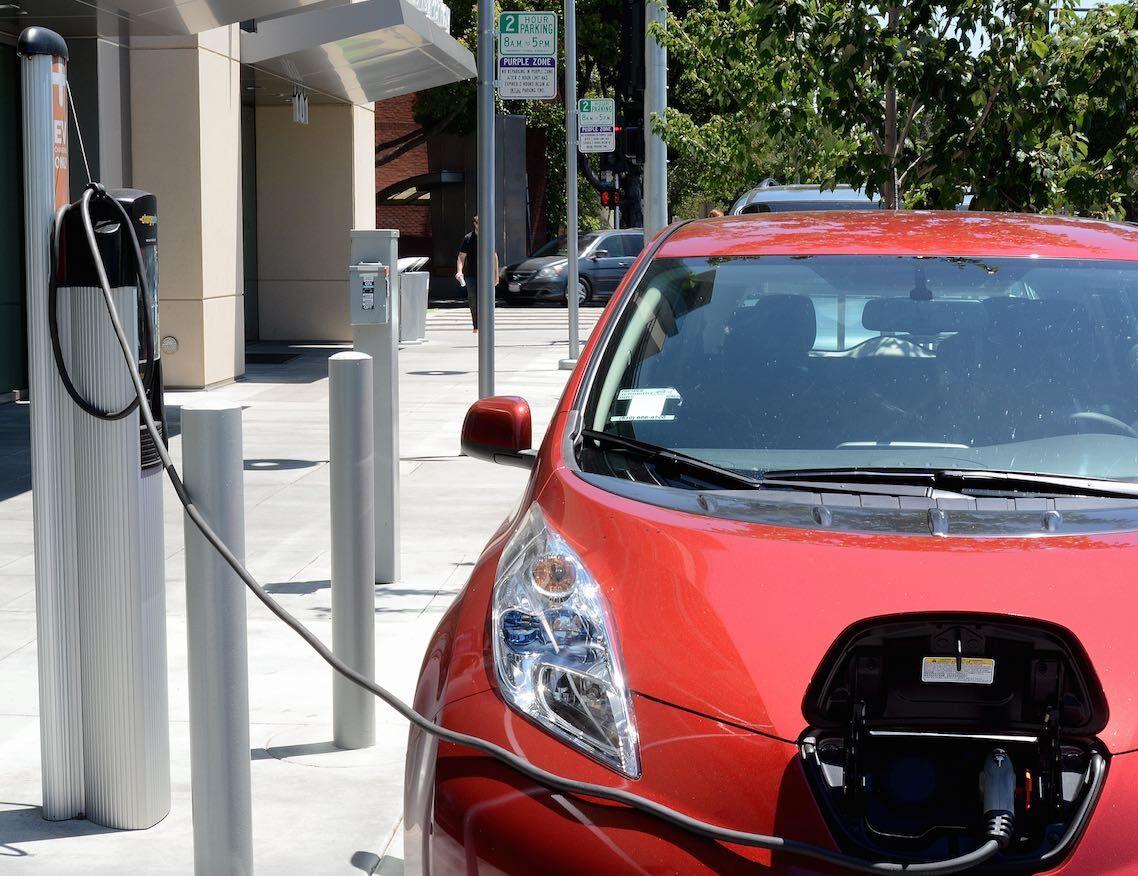 While Palo Alto is uniquely positioned because it operates its own utilities, much of its sustainability success comes from a continuing commitment to incremental changes. City staff and officials believe that sustainability should not be a compromise. Palo Alto’s Office of Sustainability works with other departments within the city to make doing the right thing the norm, rather than an extra effort. The goal is to find the easiest way to get staff to make greener choices every day. 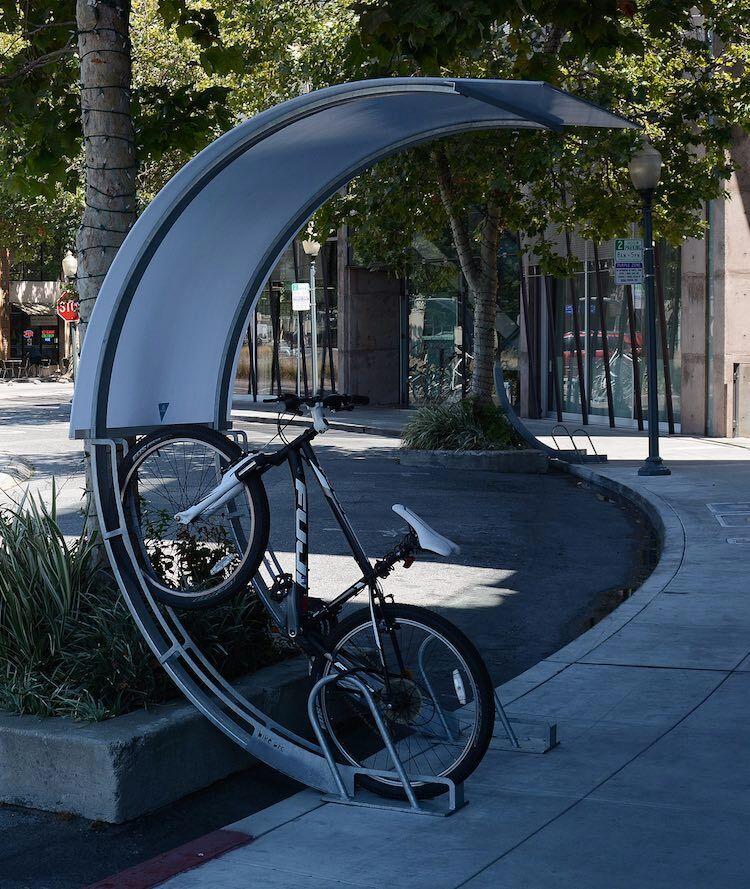 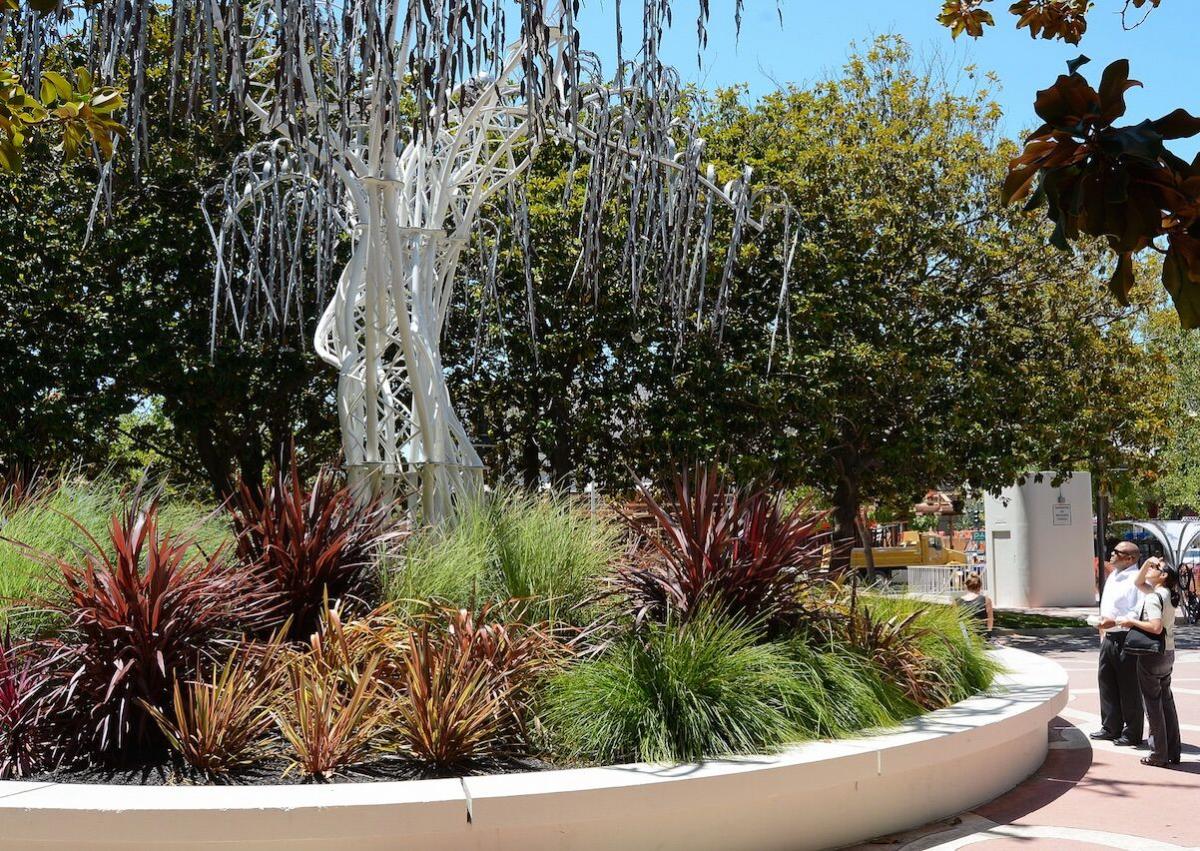 As a next step, Palo Alto has applied its “default to green” strategy to city fleet purchases, making electric vehicle sedans — running on Palo Alto’s carbon neutral electricity — the standard choice, instead of the compressed natural gas vehicles the city had been purchasing.

There’s an App for That

Palo Alto is not without its challenges. Even though the city has installed more than 65 miles of bicycle paths, residents love their cars. Nearly 60 percent of the vehicle miles traveled in Palo Alto are noncommute trips, indicating that residents are using cars for errands and social activities instead of more environmentally friendly means of transportation. And while Palo Alto received an EV Readiness Award in 2014 from the Bay Area Climate Collaborative, the city continues to work with regional partners on alternative transportation options to address traffic that stems from the dramatic job-housing imbalance in Palo Alto and the region.

The City of Palo Alto is exploring ideas such as “mobility as a service” to make it more convenient for anyone, anywhere, at any time not to have to get in a car and drive. In this model, a resident would buy mobility services based on their own individual needs, instead of owning the actual means of transportation. For example, a resident may choose to purchase a bundle of services such as transit, bike-share, parking and car-sharing services with a prepaid plan. The resident would be able to access these services on demand from their smartphone. 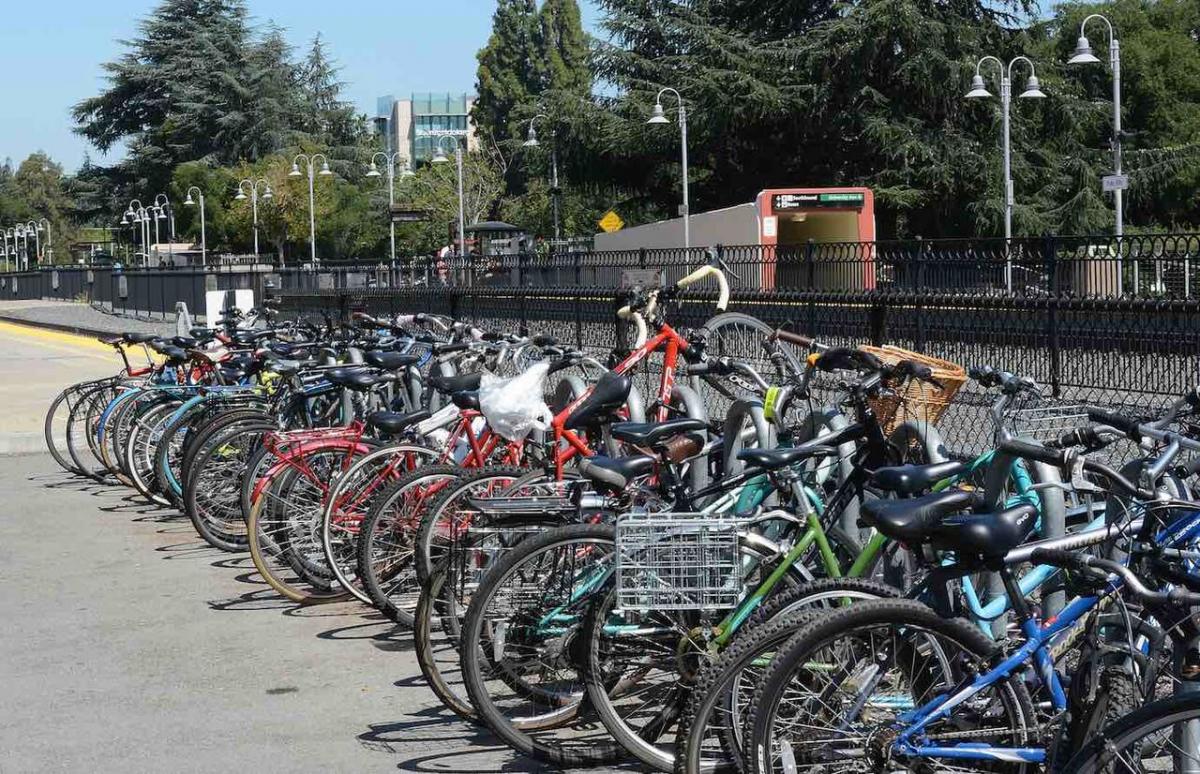 Palo Alto’s leaders and staff look to places like Copenhagen and Helsinki for inspiration to explore how sustainability initiatives can help address larger social and economic issues in the community and beyond. Having exceeded many of the goals set forth in its 2007 climate action plan, the city has launched a new Sustainability and Climate Action Plan Initiative that will go before the council in fall 2015. In this effort, the city has hosted an “ideas expo” to engage the community and hopes to create a dialogue that advances ideas about how a small, innovative city can contribute to a broader sustainability revolution. The city’s goals align with its tradition of sustainability leadership and achievements.

“It can be challenging for staff to find the time for long-term planning with so many pressing initiatives on their plates,” says Friend. “But vision — from creating a municipal utility more than a century ago to creating carbon-neutral electricity a few years ago — has helped make Palo Alto the city it is today. We’re excited about what is to come.” 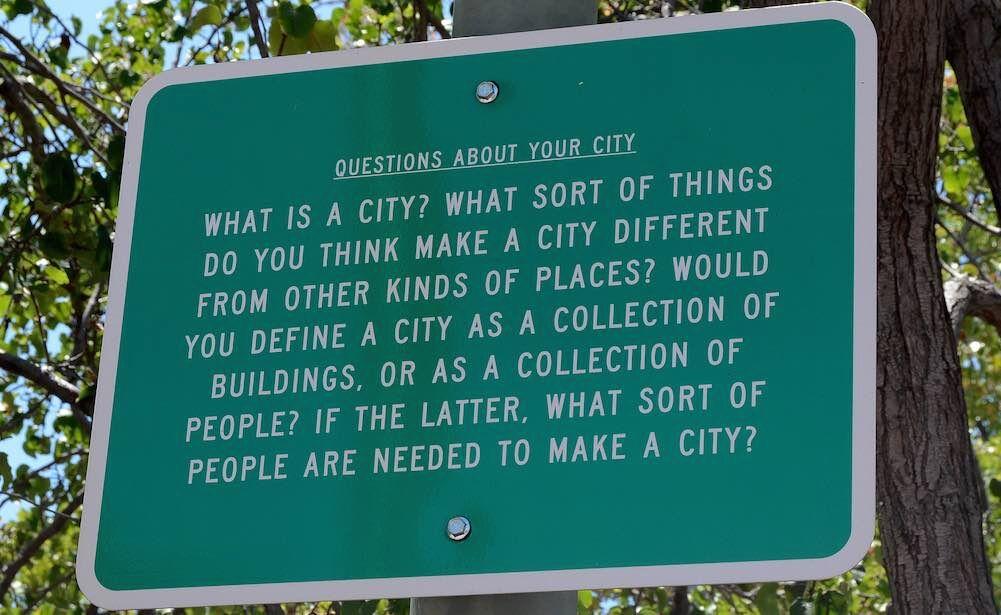 Beacon Awards at the Annual Conference

Join the Institute for Local Government in honoring the 2015 Beacon Award winners during the General Session on Thursday, Oct. 1 at the League of California Cities 2015 Annual Conference & Expo in San José. Take advantage of an opportunity to chat with elected officials and staff from cities recognized with awards for energy efficiency, greenhouse gas emissions reduction and sustainability best practices at the Beacon Program Reception at 5:30 p.m, Thursday, Oct. 1, at the Marriott. For more information visit www.cacities.org/AC.

Photo credit: Yvonne Hunter, courtesy of the Institute for Local Government (all photos)