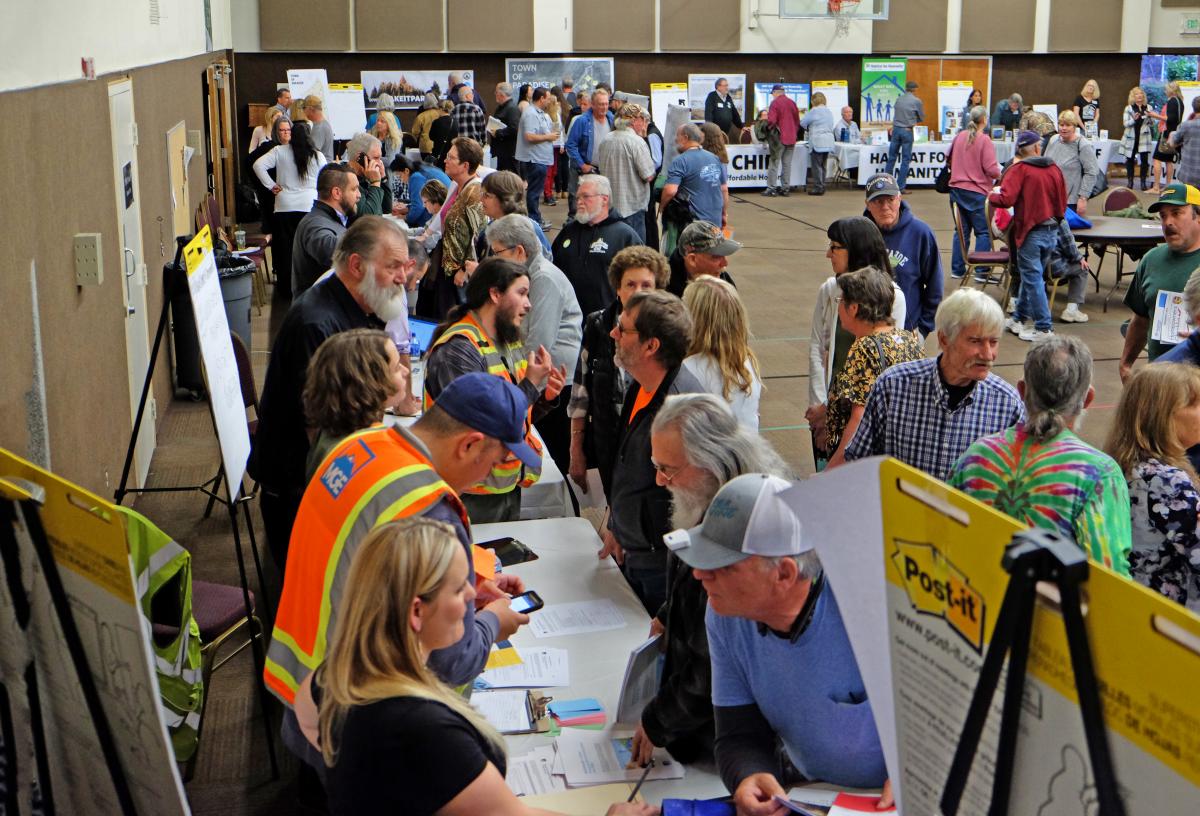 The town of Paradise won the 2022 Helen Putnam Award for Excellence in the Planning and Environmental Quality category. For more information about the award program, visit www.helenputnam.org.

On Nov. 8, 2018, what would become the most destructive fire in California’s history ignited eight miles outside the town of Paradise. Within hours, extreme winds swept the Camp Fire through the bedroom community and the surrounding area, destroying thousands of homes and businesses.

The fire forced the evacuation and displacement of all 26,218 residents and most tragically took the lives of 85 people. When the fire was finally extinguished three weeks later, nearly 90% of the town was completely lost and only 1,200 homes were standing.

“The near total destruction caused by the Camp Fire was devastating to our community,” said Paradise Mayor Steve Crowder, who was elected to the town council just two days before the fire and whose home and business were among those lost. “We knew right away that having a plan for recovery as quickly as possible was the only way to approach such a huge effort.”

The scope of devastation left by the Camp Fire was greater than any other wildfire in California history.  With recovery estimated to last at least a decade, city leaders realized that a strategic plan was vital to the successful restoration of homes, businesses, schools, water systems, parks, roads, and cultural heritage. 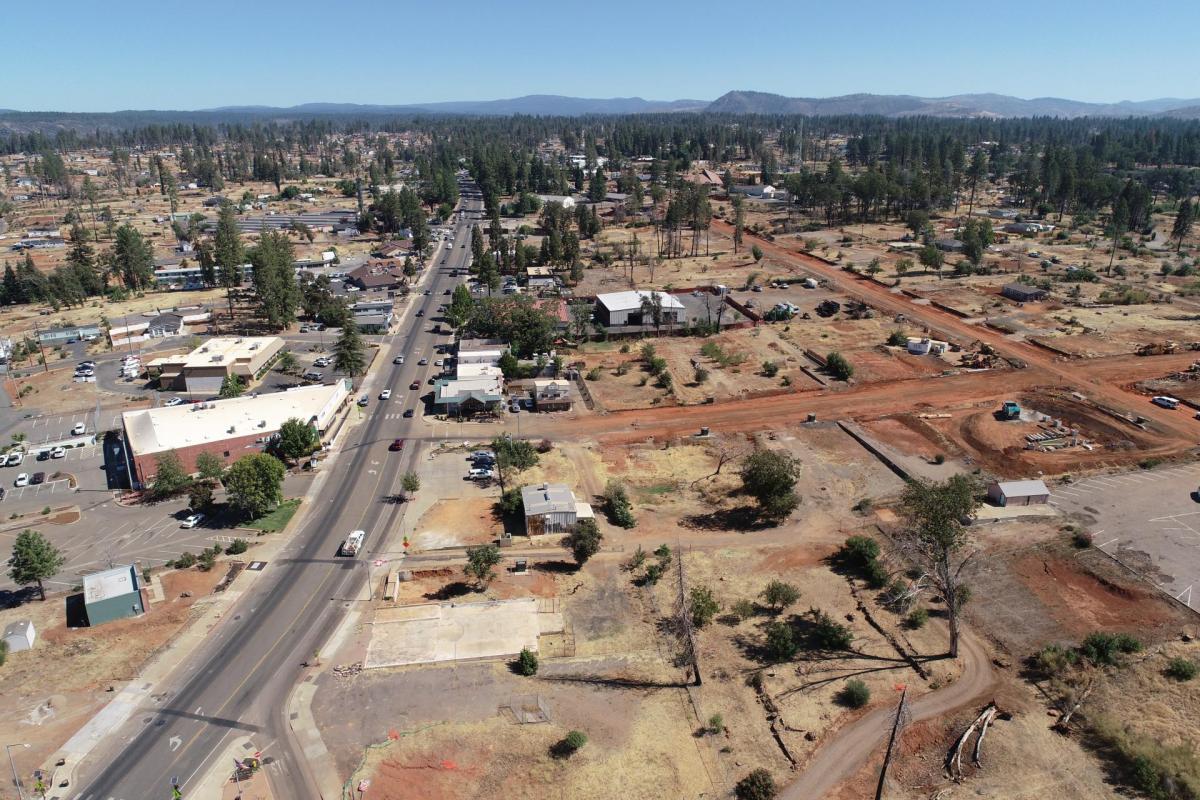 Rebuilding with and for the community

Many looked at Paradise after the Camp Fire and saw a “clean slate” — a chance to rebuild completely anew. However, town leaders and the private owners of thousands of the now vacant parcels first needed to come together to move forward. Town leaders looked to residents for guidance and vision.

“Our community went through this tragedy together, and we needed to recover together,” said Kevin Phillips, the Paradise Town Manager. “We needed to make sure our residents were at the centerpiece of our plan.”

Through the generous financial support of local brewery Sierra Nevada Brewing Company and North Valley Community Foundation, a local nonprofit, the town began conducting a public outreach campaign and drafting a strategic recovery plan. With a total budget of $300,000, the town held its first community engagement meeting just three months after the fire to gather input on how the community should recover.

This first meeting was followed by six more heavily attended public meetings and workshops, as well as smaller stakeholder meetings. The resident-led engagement process gave residents a voice in their future and helped them heal from the trauma experienced.

“The workshops were really important for me in those months after the fire,” said Dina Volenski, a Paradise resident. “Everything felt so chaotic, but it gave us a sense of purpose to come together to talk about how we were going to recover together.”

Initially, the public engagement process focused simply on relieving the pressure of rebuilding for residents. This included a “Rebuilding and Adapting my Home” brochure, as well as other resources for rebuilding and fire resiliency measures. 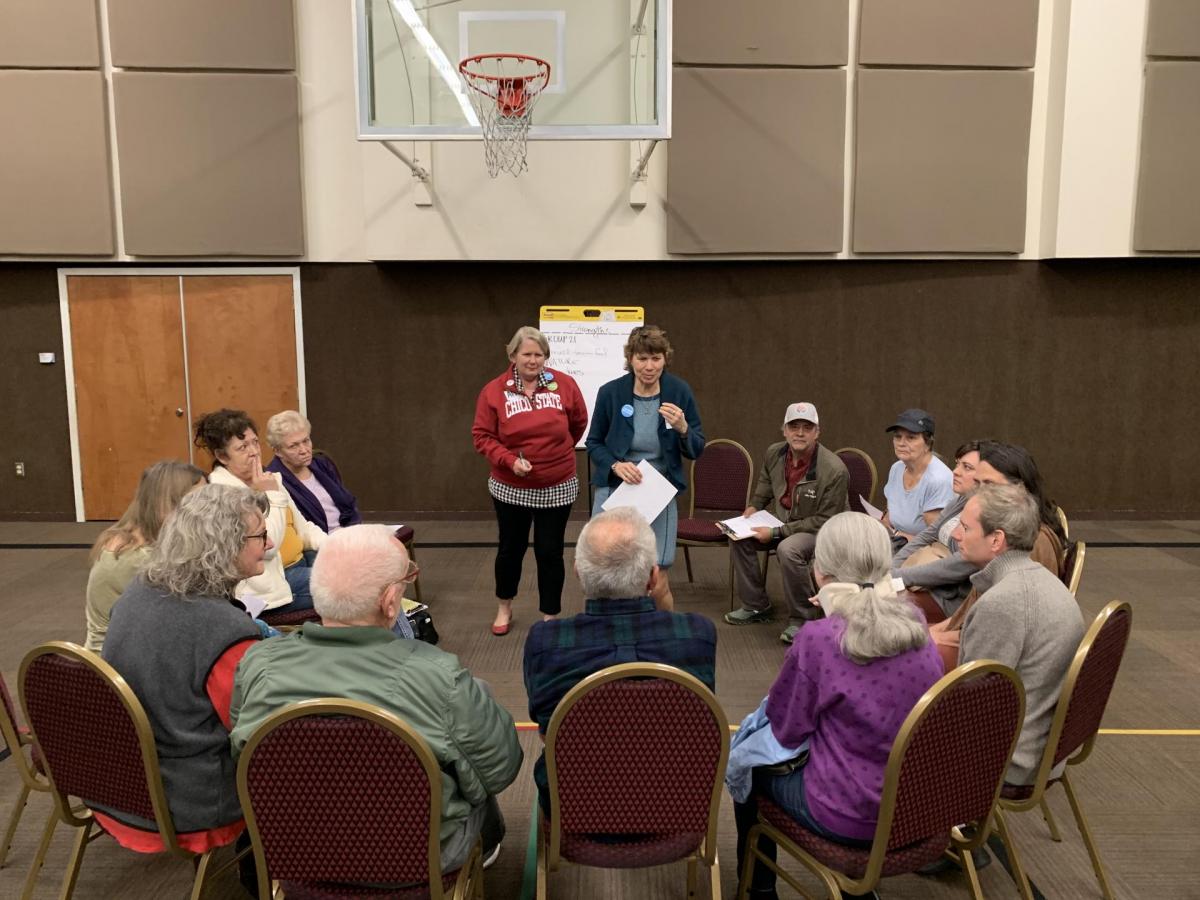 Town officials then worked on gathering feedback from residents and other stakeholders through several listening sessions. Officials reported back to the residents about what they heard and used that feedback to build a community vision and goals.

Next, the town prioritized developing a series of potential recovery projects based on the community’s vision and goals. During this stage, stakeholders identified projects they did or did not support through a range of communication channels. Five broad goals were identified and agreed upon:

The 14-week process culminated in the Long-Term Community Recovery Plan, which captures residents’ ideas, visions, and goals for the future of Paradise, along with a series of actionable and implementable recovery projects to guide the recovery process.

“The Paradise Long Term Community Recovery Plan is a tribute to a dedicated community coming together to create a vision for rebuilding their town,” said Barry Long, the principal and president of Urban Design Associates, which was hired to conduct the town’s public outreach and draft the recovery plan. “It incorporates fundamental wildfire adaptation principles while preserving the qualities that make Paradise home.” 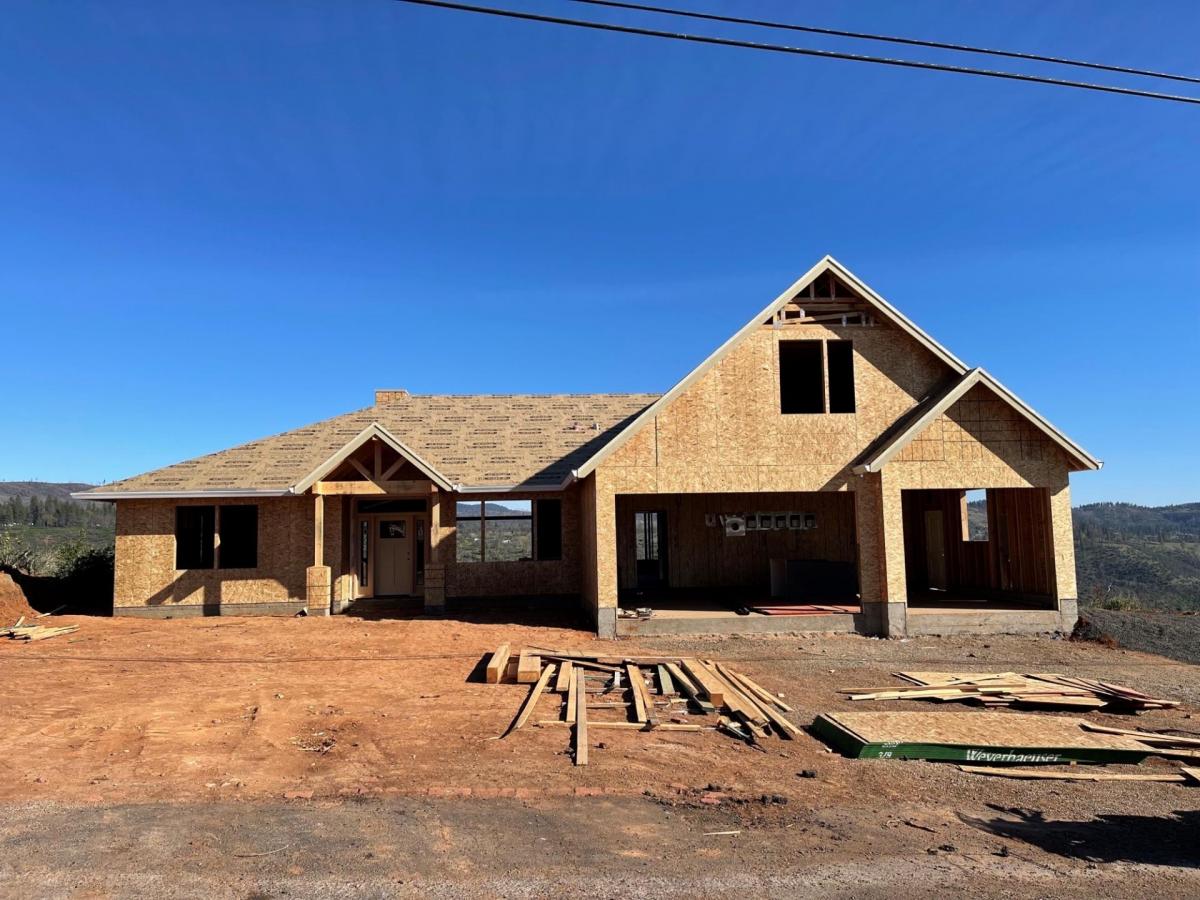 On June 11, 2019, the Paradise Town Council adopted the Long-Term Community Recovery Plan, and directed staff to begin work on the identified recovery projects. The plan has resulted in 39 recovery projects that are the basis for all recovery activities undertaken by town staff. Steady progress has been made in many of the projects, specifically tier 1 priority projects.

One of the first such projects was the Building Resiliency Center, which has provided a one-stop resource shop for residents rebuilding in Paradise since January 2020. The town council also adopted a set of building code changes to increase fire safety for residents in May 2019.

The town worked with the California Governor’s Office of Emergency Services and the Federal Emergency Management Agency (FEMA) to remove roughly 27,000 eligible burnt trees by the end of 2021. Funding from FEMA will allow the town to remove an additional 100,000 hazardous trees.

Other priority projects include an early warning system comprised of 21 sirens throughout the town and improved evacuation routes. The installation of the towers will begin in February 2023. Construction on the evacuation routes has been ongoing since the summer of 2022.

“Going through this process to get community input was so important,” said Marc Mattox, the public works director and engineer for the town of Paradise. “Having the plan document community support has been the deciding factor in many cases for securing funding for projects; we wouldn’t be as far along in recovery as we are today without it.” 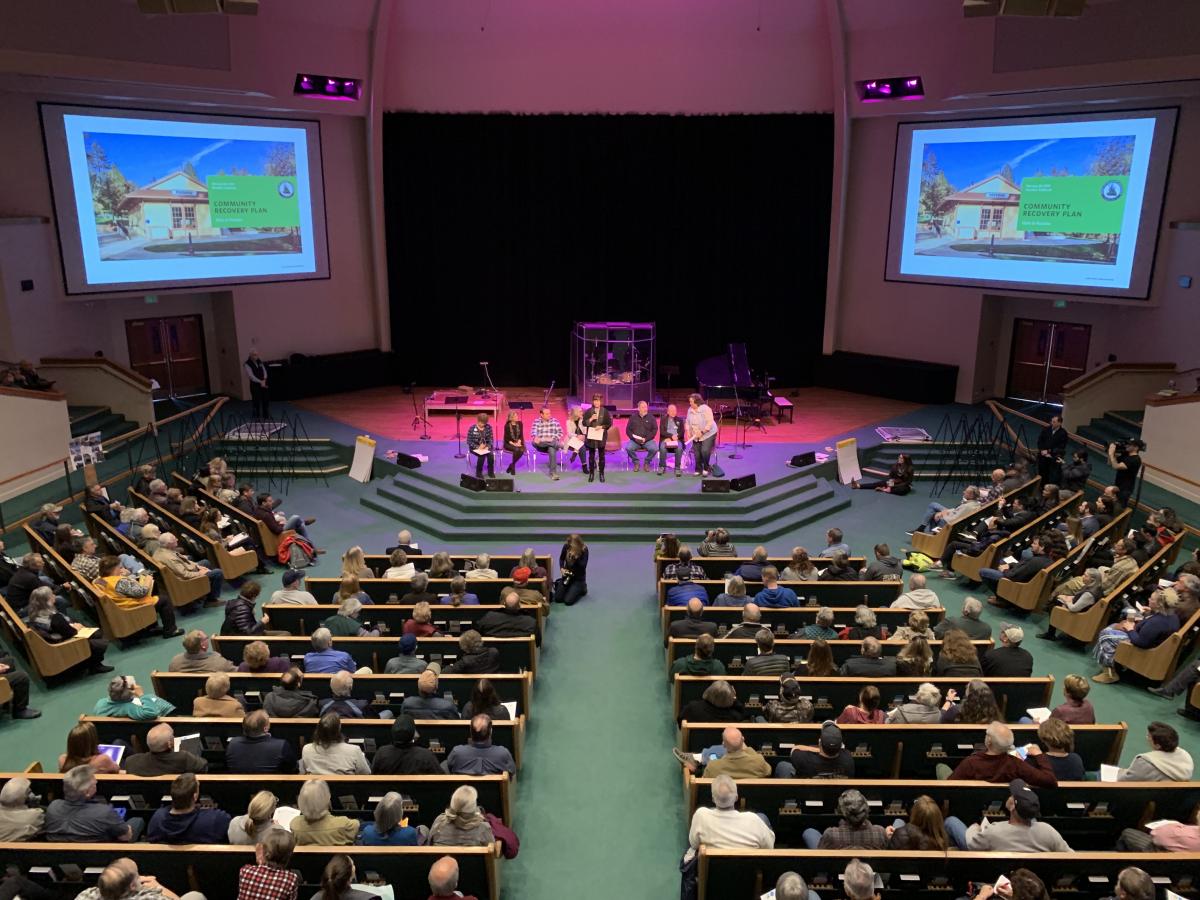 The recovery plan pays off

The Long-Term Community Recovery Plan has been referenced in every grant application submitted by the town with very positive results. Approximately $500 million has been awarded from dozens of federal, state, and local sources for many of the projects identified in the plan, enabling a robust recovery in the three and a half years since the fire.

In fact, the plan has been so successful that the town begin updating it in March 2022 to document progress and refine the projects and visions through another community engagement process. The updated plan was completed and approved by Paradise Town Council in November 2022.

As the unfortunate beneficiary of many lessons learned through disaster, the town of Paradise can share those lessons with other communities to help prepare for the worst. The plan itself outlines the public input process and can serve as a blueprint for other communities to follow, even on a smaller scale.

Colette Curtis is the recovery and economic development director for the town of Paradise; she can be reached at ccurtis@townofparadise.com or (530) 872-6291, extension 112. Watch this video for an overview of the project.