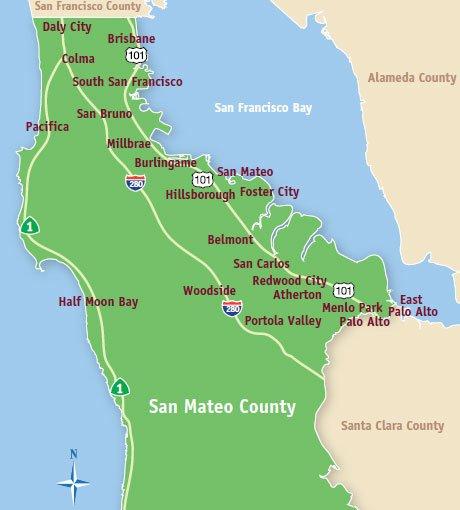 California’s natural beauty and temperate climate are matched by the force and intensity of its disasters: earthquakes, wildfires, floods, mudslides and more. Communities throughout the state are drawing on the commitment and skills of trained residents to help prepare and respond to major disasters.

On the peninsula south of San Francisco, local emergency readiness efforts actively involve residents throughout San Mateo County and in the cities of Burlingame, Palo Alto and Redwood City.

Burlingame Council Member and former Mayor Terry Nagel is proud of her city’s disaster preparedness efforts and wanted to make sure residents would be self-sufficient in their homes during a major catastrophe. “Too many people think they will be rescued immediately, but emergency responders will be busy dealing with the highest priorities, and outside help may not arrive for five or more days,” she says.

The Burlingame Neighborhood Network, created in 2006 in the Poppy Drive area, encourages residents to work cooperatively in neighborhood teams. Block captains take the lead in preparing their neighbors for potential disasters. The network works closely with city and county disaster preparedness coordinators.

Initially, Poppy Drive neighborhood families filled out a form listing contact information, skills useful during emergencies and supplies that the family would make available to others during a disaster. The information was gathered into two directories. One contains information that families approved for distribution to other neighbors; the other includes private details that neighbors approved for use only by block captains and safety personnel during disasters. Both directories are available only as hard copies and are not distributed electronically.

The Burlingame Neighborhood Network delivers a monthly flyer that invites residents to do one thing to become better prepared for disasters. Each family has a folder in which to file the sheets. The network also:

The network helps neighbors become better prepared for emergencies by urging them to assemble emergency kits, agree upon family meeting places and designate an out-of-state contact person for family members to check in with during and after a disaster.

Council Member Nagel reports that the network has fostered a sense of community, and neighbors are now more likely to greet one another by name on the street and participate in local social events. The pilot Poppy Drive project proved so successful that others are starting their own neighborhood networks, and the city is exploring how organized networks of residents can play additional civic engagement roles in Burlingame.

In Palo Alto, the watchword is “changing the role of community members from victims to partners in disaster recovery.” Annette Glanckopf, chair of Palo Alto Neighborhoods’ Emergency Preparedness Committee, says that just a few years ago only a handful of residents attended emergency preparedness meetings, but that the topic has now become an important focus of both the city government and its neighborhood communities.

Palo Alto Neighborhoods has partnered with the City of Palo Alto and created the Block Preparedness Coordinator (BPC) Program to ensure that residents, businesses and other groups can participate with the city in disaster preparation, response and recovery. The BPC Program trains volunteers to staff the positions of block preparedness coordinator and neighborhood preparedness coordinator. A “block” may be 10 to 50 residences, a building complex, a business or other logical unit. In addition to residential areas, a “neighborhood” may include multiple businesses or a business district.

The block preparedness coordinator contacts residents personally and explains the program. He or she encourages family and resident emergency preparedness, recommends registration in the Community Alert and Notification System, and collects and maintains appropriate information on local residents, including number of family members, contact information, special needs in an emergency and skills that could be useful following a disaster.

The coordinator sets up a phone tree and e-mail distribution list to quickly disseminate information and alerts and also helps organize a system of radios and runners to link the block and neighborhood to city and other emergency officials if the power goes out. During an emergency, the block or neighborhood coordinator can help assess conditions in the area, provide information and brief first responders.

When a disaster strikes and phones, electricity and other infrastructure are impaired, program participants are ready to swing into action. The BPC Program enhances community resilience by:

While the BPC Program is a grassroots effort administered by Palo Alto Neighborhoods, the city provides ongoing support and partners in recruiting and training volunteers, educating the community, and planning and coordinating efforts.

In addition, the city council recently funded the purchase of four large storage containers for emergency preparedness equipment and supplies to be placed at strategic neighborhood locations and managed by CERT graduates who live nearby. The graduates will help stock the containers, obtain donations and contributions and have access in the event of an emergency. The city’s new Neighborhood Liaison Program, an effort to support neighborhood self-organizing, also offers disaster preparedness training, among other valuable neighborhood and community workshops.

CERT training remains a fundamental component of most community disaster preparedness efforts. In San Mateo County, CERT Coordinator JoAnn Scordino works with all the CERT programs in the county and helps ensure that training opportunities are available for all residents.

If a training session is filled or inconvenient for residents in one city, they may attend a training or make up a class in another location.

Scordino describes the program as a pyramid, with several ways for residents to get involved. In the first or bottom tier, residents simply receive written or online emergency preparedness information for use in their home, business or community efforts. The second tier consists of a brief Get Ready presentation, ranging from half an hour to two hours, on personal and home preparedness. Tier three is basic CERT training, and tier four includes more advanced training and skills acquisition that prepare residents for a variety of roles during an emergency. Scordino sees tier five, at the top of the pyramid, as the place for volunteer leadership roles that help ensure successful community disaster preparation and responses.

Cities on the San Francisco Peninsula, including Colma, Mountain View, San Mateo, Millbrae and East Palo Alto, and throughout California are actively engaging residents in disaster preparedness. The benefits are not limited to disaster settings alone. These networks of informed and engaged residents expand their community’s capacity for many other activities and services. When neighbors know each other, they are more likely to look out for each other and work better together. They become community members in the fullest sense of the word.

In the coming months, the Institute for Local Government will be developing a roster of such efforts throughout California and posting it online at www.ca-ilg.org/disasterprep.

Reducing the minimum lot size for duplexes and triplexes and revising current open-space requirements are among the city’s proposed zoning updates.

Connecting the Dots on Emergency Preparedness, Recovery and Resilience

The challenges associated with disasters include tech-related issues, risk management and the need to create incentives for updating and retrofitting homes to improve wildfire and earthquake resilience.