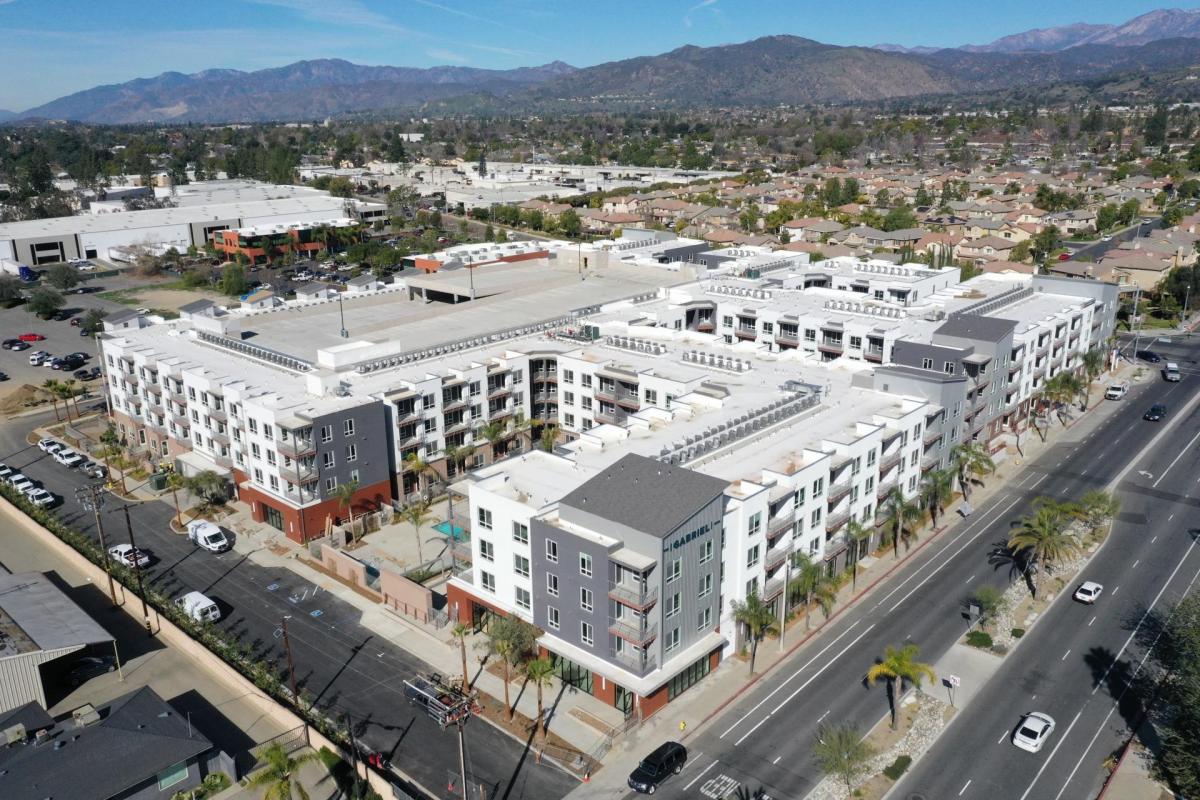 Anita D. Gutierrez, AICP, is the development services director for the city of Pomona. She can be reached at Anita.gutierrez@pomonaca.gov or (909) 620-2421.

Like many cities throughout the state, Pomona’s housing production has not kept pace with its population growth. In 1988, the city had 37,000 homes for a population of almost 120,000. Since then, the city has added more than 30,000 residents, but only 3,000 homes.

To address this shortfall, the city has adopted a series of holistic housing and land use policies aptly called “Pomona’s toolbox.”  The tools help address ongoing housing issues — such as the high cost of homeownership or rent — as well as related issues, like racial inequity, accessibility, and transportation. When used together, these tools can boost production and ensure that housing is safe, affordable, and supports a higher quality of life for renters and homeowners.

Although many of the city’s most ambitious policies are still in their infancy, the effects can already be seen. Since 2018, the city has issued more than 1,200 residential building permits, with 2,500 more currently under review. 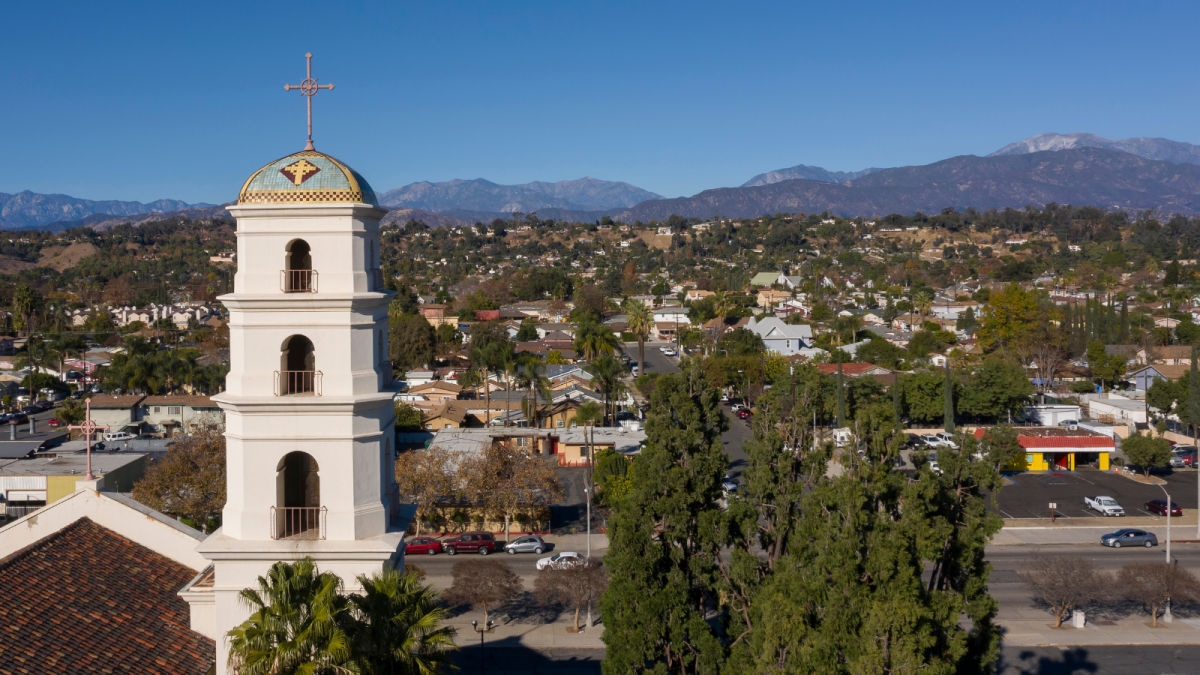 To do this, the city had to study its unique housing needs and demographics to establish a community framework that guides policy development, prioritizes grant funding pursuits, focuses city resources, and ultimately shapes a robust housing strategy.

Pomona’s demographics differ from neighboring cities. According to U.S. Census data, Pomona’s households are increasingly female-led, unrelated, large, and multigenerational. Employment trends reveal a need for housing to support moderate-income households, or what is informally known as “the missing middle.”

Supporting this group is a central part of Pomona’s housing plans. The city aims to provide diverse housing options along a spectrum of affordability, including duplexes and small-lot developments.

For Pomona Mayor Tim Sandoval, it is not just about creating pathways to homeownership. It is also about ensuring that renters are supported beyond the short term. In Pomona, more than one in five renters earning less than 50% of area median income spends more than 30% of their income on housing. For one in seven in that same category, that cost rises to 50%.

“Our goal is to improve housing stability for all by providing a range of quality affordable housing, with an emphasis on creating places where our community members can thrive and remain for years to come without fear of being priced out, displaced, or evicted,” said Sandoval. “When the vast majority of one’s income is being used to secure shelter, other aspects of the household budget suffer and it becomes a vicious cycle to make ends meet, limiting upward mobility opportunities.”

A new tool in the toolbox: inclusionary housing

One of Pomona’s newest tools is an inclusionary housing ordinance, which the city adopted last year. The policy requires housing developments with more than three units to sell or rent units at affordable rates for moderate-income households (those earning 80% to 120% of the area median income).

The provision requires developments to set aside 7% to 13% of the total available units, depending on the type of units and whether they are for sale. For projects with fewer than 30 units, developers can opt for an in-lieu fee payment on a sliding scale instead. That payment is placed into a local affordable housing trust fund, which the city can use to finance future affordable housing opportunities. To further incentivize affordable housing production, the ordinance enables officials to waive the development impact fees for inclusionary units.

However, inclusionary housing alone will not solve the city’s affordability crisis. The city is now setting its sights on addressing the severe cost burden to renters through additional economic policy reforms.

“In addition to housing production, the city council is focused on exploring economic support in the form of a guaranteed basic income program and a rent stability ordinance,” said Sandoval. 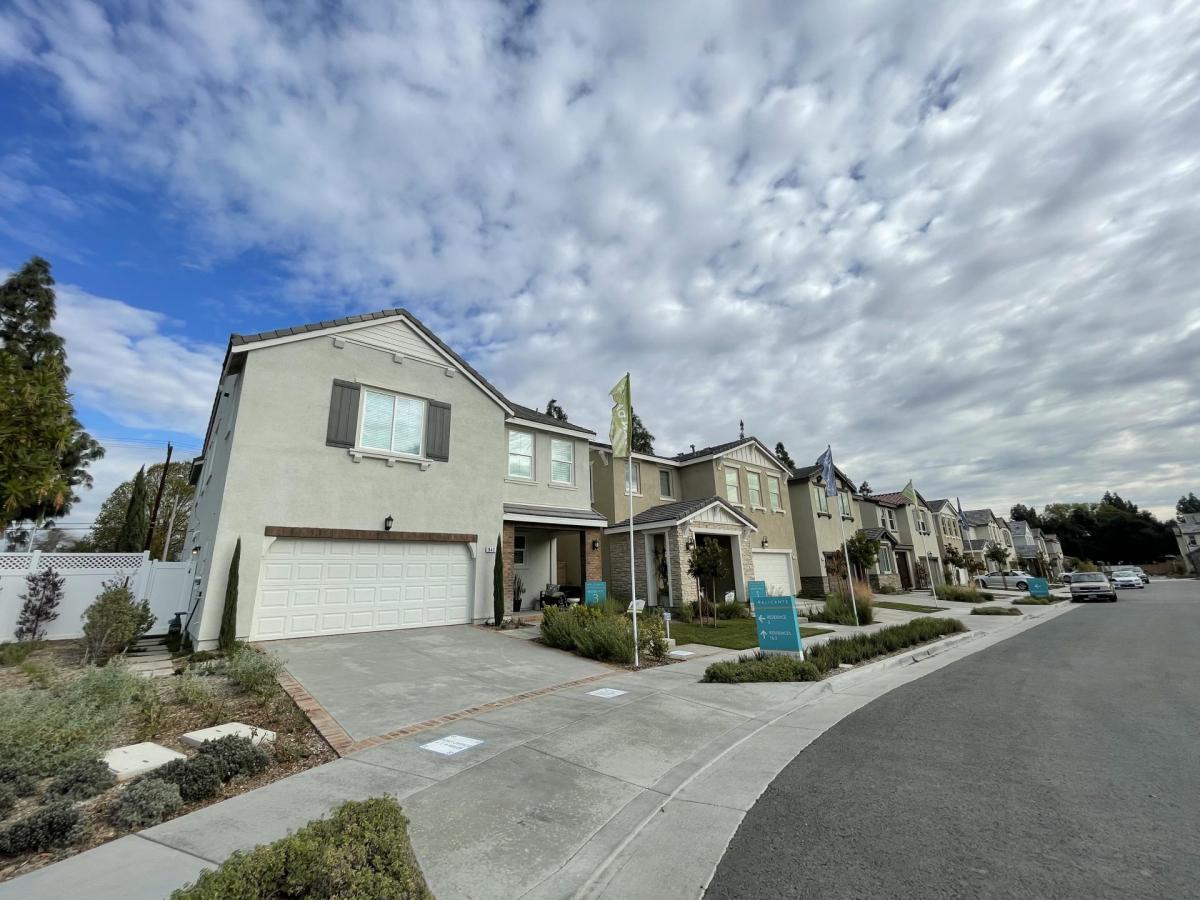 The most important tool in the toolbox: grants

Like many cities, Pomona’s ambitions often exceed its budget. In fact, the city’s budget is comparatively less than many similar-sized cities in the region, which makes moving much-needed and wanted programs and policies forward even more challenging.

For example, in 2014, the city developed a new plan to increase density. Based on the transect model of density — which encourages mixed-use development and greater density depending on the layout of an existing neighborhood — the plan established housing densities ranging from 20 to over 100 units an acre.

Implementing this plan has happened in fits and starts. While corridors-specific plans enabled mixed-use development along major corridors for the first time, a larger, comprehensive update to the rest of the city’s zoning was shelved due to funding and staffing constraints.

In order to support new housing policies, Pomona has aggressively pursued regional, state, and federal grant opportunities. In the last 18 months, the city has received over $2 million in funding to streamline housing production and improve quality of life issues, such as reconceptualizing rights-of-ways to add more green space.

With grant funding now at its disposal, the city is developing a series of land use reforms that will further streamline housing production. First on the list is fully implementing the 2014 transect density vision through a comprehensive update to the city’s zoning code, funded by a combination of Local Early Action Planning and SB 2 (Atkins, 2017) grants from the California Department of Housing and Community Development.

For example, officials are analyzing visual evidence of how federal redlining and freeway development carved structural racism and environmental injustices into the community.

In order to bring forward meaningful, transformative policies for change, it is critical to understand how these embedded, discriminatory policies created conditions for inequity and their lasting impacts on the community, including where and how people live. City leaders hope to implement new zoning laws that are context-sensitive and based on existing land use patterns.

An overlooked set of tools: transportation and pedestrian connectivity

Transportation and walkability are major factors that many people consider when choosing where to live. Ensuring that the city’s transportation system accounts for all users — pedestrians, cyclists, and public transit users — can spur additional growth and improve residents’ quality of life. This is particularly important as the city seeks to increase its overall density.

As a result, the city is pursuing a citywide complete streets ordinance. Funded through a $700,000 Sustainable Communities Program grant from the Southern California Association of Governments, the initiative will be developed through robust community engagement with a diverse range of institutional and community stakeholders. This effort is unique in two ways.

First, it will be implemented as an ordinance, enabling complete streets to function as a regulation, rather than a design guideline. Second, it will establish a nexus between development and active transportation — such as biking. This city will require qualified new development to provide objective complete street standards as part of their project design. Alternatively, developers will be able to pay into an in-lieu fee, enabling the city to fund the complete streets network over time.

Nearly half of the grant funding will be used to test complete street standards in real-time through quick-build demonstrations rooted in the philosophy of tactical urbanism — small, quick changes to cityscapes aimed at improving quality of life issues

Pomona is also actively exploring the reuse of its downtown parking lots through a $225,000 Regional Early Action Planning grant funded by the Southern California Association of Governments. The study will identify parking, mobility, and open space infrastructure needs, and include a housing feasibility analysis for city-owned parking lots.

Pomona Deputy City Manager Kirk Pelser believes such a study is an important part of the economic development toolkit. “As regulations change in regard to the disposal of surplus land, cities need to be creative in leveraging assets and piecing together gap funding sources in order to help secure housing and economic development opportunities,” said Pelser. 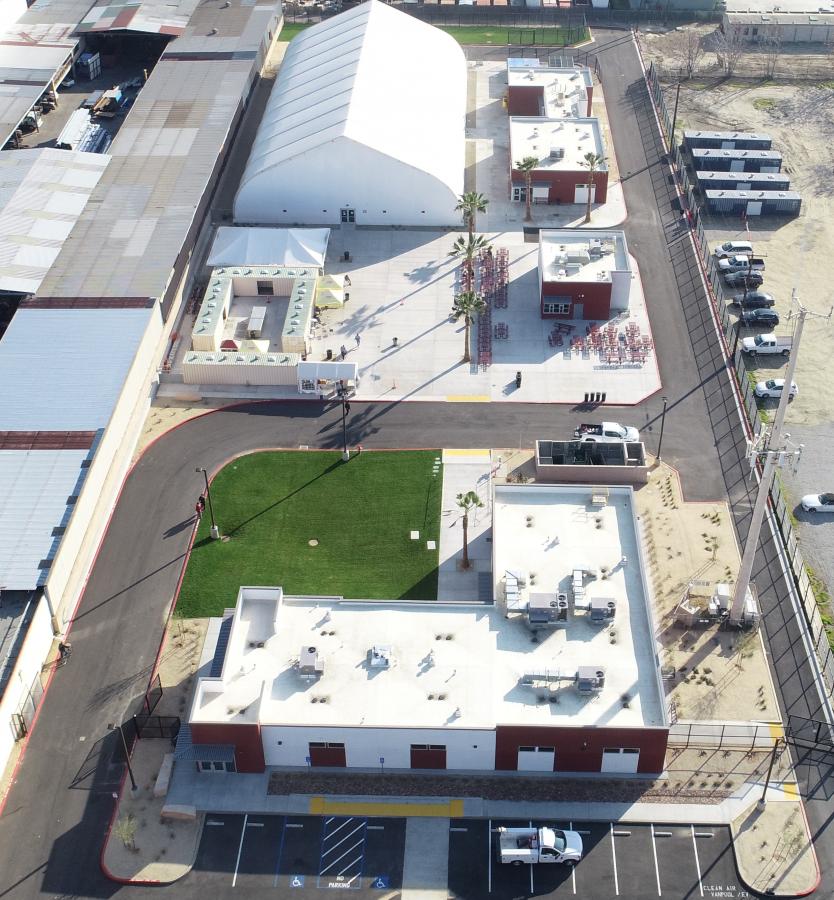 Ultimately, the state’s housing crisis requires partnerships at every level of government. The Pomona Housing Authority, which utilizes local, state, and federal funding to pursue and implement a myriad of rental assistance programs, has spearheaded several important projects.

Most notably, the housing authority helped establish the San Gabriel Valley Regional Housing Trust Fund in 2020, a joint powers authority that funds the planning and construction of housing for unhoused residents, as well as extremely-low, very-low, and low-income housing projects in the San Gabriel Valley. The joint powers authority has financed hundreds of new units in the valley, including two 100% affordable housing projects in Pomona, with a third awaiting final funding award.

One of the grantees, the Cesar Chavez Foundation, was awarded $2 million in 2021; the foundation is finalizing construction plans for the East End Village in Pomona, a 100% affordable, 125-unit apartment project. For Welton Smith, the director of real estate development for the Cesar Chavez Foundation, partnerships are the key to creating successful affordable housing projects.

“The city of Pomona has been a phenomenal partner, demonstrating support of the project from the very start. California is beautiful but is it also one of the least affordable locations to live in. Creating truly affordable housing today is more important than ever,” said Smith. 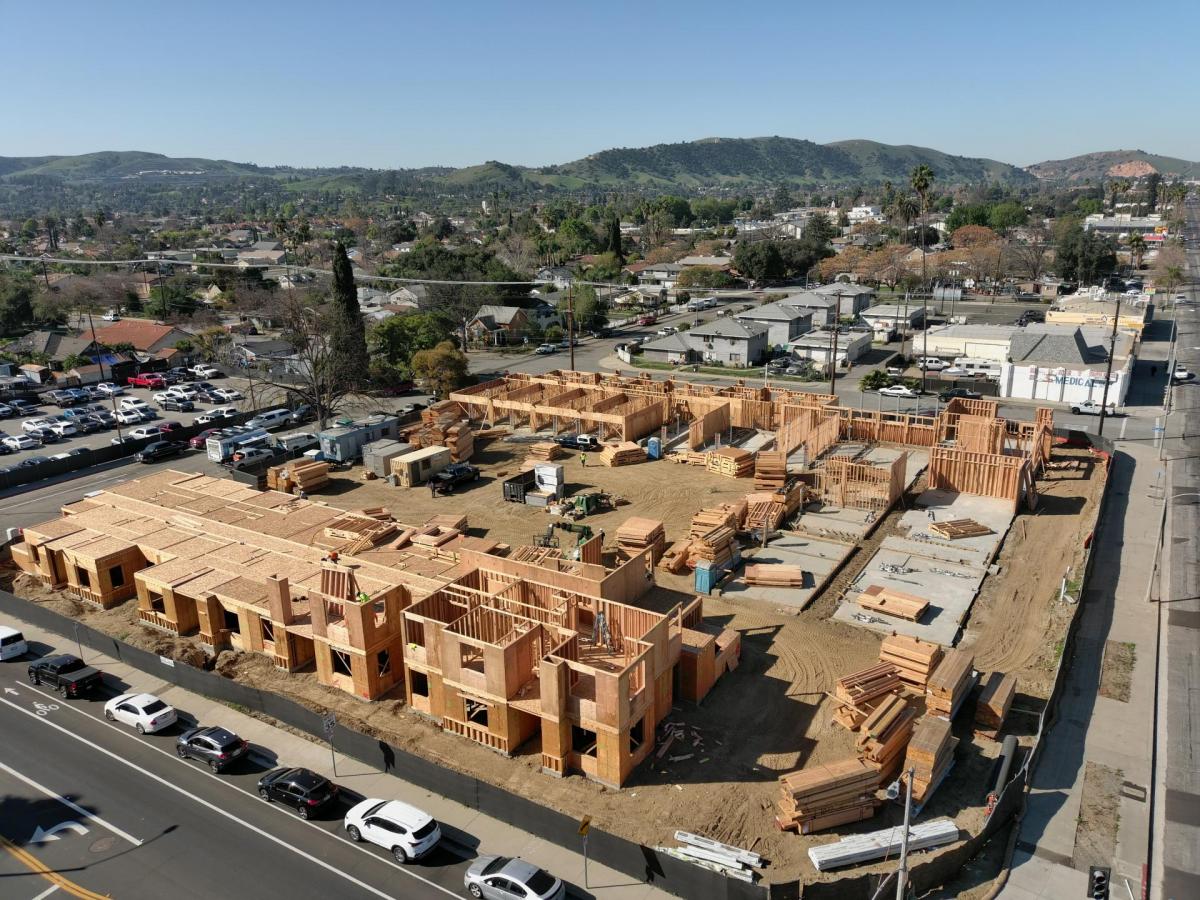 Putting the toolbox to work: The next eight years

Pomona’s pursuit of housing policy reform in the past five years comes against the backdrop of state requirements, like the Sixth Cycle Housing Element. The Regional Housing Needs Assessment for the 2021-2029 cycle requires Pomona to plan for 10,558 dwelling units over the next eight years.

Thanks to Pomona’s toolbox, the city is prepared to meet that need. By curating a diverse set of tools, the city will be prepared to address housing issues from a range of perspectives. The city’s general plan already provides the density needed to meet demand. Therefore, city officials are focusing on streamlining the development process by removing discretionary permits for housing and strengthening objective design standards. These efforts have already born fruit, with multiple housing projects no longer needing lengthy and costly discretionary permit processes.

There is no single program that can solve the affordable housing crisis. However, studies have shown that a well-executed inclusionary housing program can generate a steady supply of affordable housing units. There are currently no funding programs to assist in the production of moderate-income units and the market does not produce them without an incentive, making this is a vital part of the city’s toolbox.

Additionally, changes to development standards, such as lot coverage, setbacks, height, and lot configuration, will help address the variety of household needs in Pomona by potentially allowing a bigger home footprint. This could pave the way for larger homes to be built, which would accommodate large, multigenerational families and encourage pedestrian connectivity.

Pomona currently has over 2,500 units in the development review pipeline, including multiple 100% affordable housing projects. This is more than double the number of units built in the city’s previous housing element. A future Los Angeles County Metro expansion to north Pomona is expected to spur additional transit-oriented housing growth.

As Pomona’s housing momentum aligns with the state and regional bodies like the Southern California Association of Governments, the city will use its own housing element to maintain the energy generated over the last few years. The Pro Housing Pomona document, adopted by the city council in early February, represents the city’s definitive housing vision for the next eight years and coalesces efforts related to land use, financing, household resources, neighborhood resources, and fair housing. 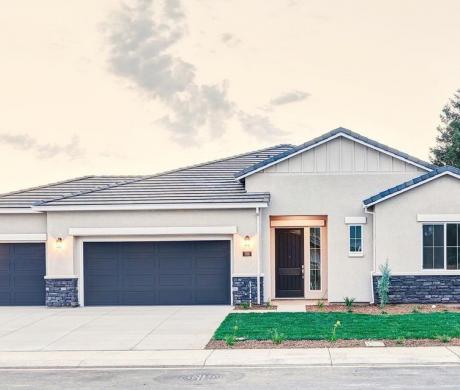 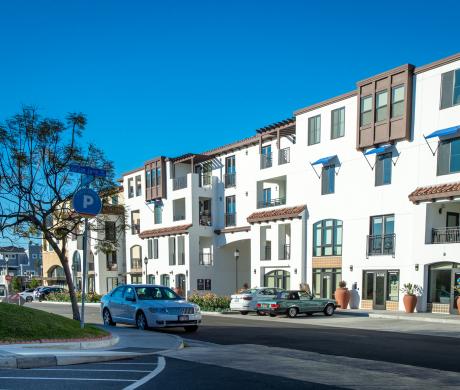 The supply and affordability of housing is one of California’s most persistent, high-profile issues. Cities are actively planning, zoning, and approving millions of new homes, but even in the highest-producing cities, there is still an acute lack of housing. This begs a figurative, and increasingly literal, million-dollar question: Why?