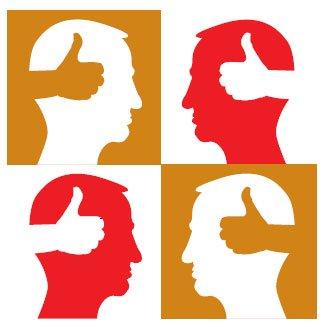 The Power of Groupthink: The New Denial

Denial in all its forms is alive and well in each of us. We use it to justify what we do and do not want to do. We use it to protect ourselves. We even use it to push back the inevitable as long as possible so we can get ready to deal with it. Adults are often in denial, and we can see it at work best in our children who stamp their feet, pout and hide to avoid confronting reality. In its darkest form denial has justified unspeakable cruelty to our fellow human beings. In its best form it allows us to compassionately handle depression, disappointment and loss.

But what can we do when denial is rampant in an institution? This can take many forms, ranging from an idea advocated by a powerful leader to a pervasive belief among those active in the institution that certain tenets are truisms, or self-evident, even though they were on no one’s radar screen a few years ago. In its most powerful form, however, it can take on the character of something organizational psychologists refer to as “groupthink.”

Groupthink is a psychological phenomenon in which the group members form individual opinions that match the group consensus rather than critically evaluating information. Groupthink seems to occur most often when a respected or persuasive leader is present, inspiring members to agree with his or her opinion. It also is a powerful force when it validates the preconceived opinions of the individual members. It can be spot on and right. It also can be dreadfully wrong.

In private institutions or businesses groupthink can result in the development of failed products (like the Ford Edsel car) or services. After all, groups of people developed the product or service and must have thought it had value. Where did they go wrong? Things probably went awry because opposing views were not encouraged or rewarded during the development process, and the underlying assumptions about the value to the creators and the potential customers were not challenged.

Groupthink and the Financial Crisis

One of the most powerful examples in government of groupthink gone awry in recent years with catastrophic consequences was the rush to repeal the Glass-Steagall Act in the final days of the Clinton Administration. For decades since the Great Depression the Glass-Steagall Act (also known as the Banking Act of 1933) prevented commercial banks from being active in any significant investment banking in order to prevent them from taking on too much risk with depositors’ money.

The rush in Congress and the White House in 1999 to eliminate the firewall between investment and commercial banking was explored by Bill Moyers in a recent interview with former Citigroup CEO John Reed and former U.S. Senator Byron Dorgan of North Dakota. Reed, who retired in 2000 from Citigroup eight years before the Great Recession began, helped secure congressional and presidential approval for the repeal. In the interview Reed describes how dreadfully wrong business and government leaders got it, saying that to characterize what occurred afterward as a “disaster” is probably not strong enough. When asked how it happened, he described it as a pervasive exuberance that drowned out any contrarian’s views.

Moyers showed Reed a speech that Sen. Dorgan gave in 1999 in which, as one of the few dissidents (more than 90 senators supported the repeal), Dorgan accurately predicted that within 10 years the repeal of Glass-Steagall would cause a financial crisis. Dorgan presciently said that it would lead to banks becoming so large that they would be “too big to fail.” When Moyers asked whether he remembered what Dorgan and the handful of others said, Reed said he did not — and that they were, in effect, voices in the wilderness.

Examples of groupthink are alive and well in California state government today as well. Perhaps the most obvious one at the moment is the apparent belief by a large number of state leaders that cities can quickly dismantle more than 400 local redevelopment agencies without real and lasting damage to the state’s economy, the state’s bond rating or other priorities, such as reducing carbon emissions. In fact, some seem convinced that the AB 1X 26 legislation requiring this change and timeline, which was passed and upheld by the state Supreme Court (while it struck down the mandated payments by cities and counties), does not need any improvement despite its apparent flaws. I hope this will change, but the pervasive resistance to admitting it was not done perfectly remains strong as this issue of Western City goes to press.

On the other hand, there are opponents of pension reform who seem locked in collective denial about the underperformance of retirement stock portfolios, the longer life span of public employees and the good intent of anyone who speaks up and says we have a sustainability problem with the current system. Fortunately there is a slowly emerging consensus that this is a problem that must be fixed (something the League has consistently said), but it’s only through an open exchange of differing ideas that we have any hope of adopting a policy that does not suffer from the flaws of groupthink.

Finally, some (but not all) supporters of SB 375 who favor more aggressive land-use and transportation planning strategies — before we have even one round of experience with developing what are known as Sustainable Community Strategies in each metropolitan planning organization’s Regional Transportation Plan — are afflicted with their own form of groupthink. As important as carbon emissions reduction is, our local and regional agencies are engaged in implementing a new planning paradigm under SB 375 that requires care, sensitivity to the local land-use protections in SB 375 and recognition of local and regional officials’ desire to “get it right.”

We need at least one cycle with all metropolitan planning organizations preparing regional transportation plans before the courts or the Legislature are asked to make changes. As the examples presented here demonstrate, just because a group consensus emerges that action is necessary does not mean our institutional framework can implement it without serious consequences for the public or even the groups themselves.

If too many people think something is a good idea, it might be advisable to pay extra attention to the dissenting voices in the wilderness. The dissenters might have it right. At the very least, it’s worth considering that possibility.