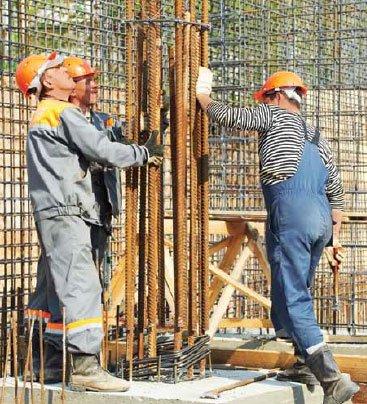 Project Labor Agreements: What You Need To Know

Lan Wang is senior deputy city attorney for the City of Sacramento and can be reached at LWang@cityofsacramento.org.

As a result of the Great Recession and drastically reduced revenues, many cities in California are facing unprecedented budget crises.

In awarding municipal contracts, one important consideration is to get the product, service or construction of a public project at the lowest cost. To that end, cities as well as other public entities are generally required to put significant contracts out for competitive bidding and to award the contract to the lowest responsible bidder.1 Sometimes a decision is made to require a Project Labor Agreement (PLA), typically described as a pre-hire collective bargaining agreement with one or more labor organizations that establishes terms and conditions of employment for a specific construction project or projects.2

PLAs, also known as Project Stabilization Agreements, are specific to the construction industry because of its unique conditions, including the short-term nature of employment that makes post-hire collective bargaining difficult, the contractor’s need for predictable costs and a steady supply of skilled labor, and a longstanding custom of pre-hire bargaining in the industry.3

PLAs are controversial and part of a 200-year-old tradition of dispute about the role of trade unions in America.4 In this case, the dispute comes primarily from non-union contractors, who object to PLA requirements that they obtain their labor force from a union hiring hall and who argue that PLAs increase construction costs.5

On Oct. 2, 2011, Gov. Jerry Brown signed SB 922 (Steinberg) into law (Chapter 431, Statutes of 2011), which prohibits a charter provision, initiative or ordinance from preventing the governing board of a local public entity6 (other than a charter city) from considering a PLA on a project-by-project basis. However, for charter cities that ban PLAs that meet SB 922’s provisions, the law withholds state funding for such projects.

The governor’s message on signing SB 922 was: “I am signing Senate Bill 922 to prohibit bans on Project Labor Agreements (PLAs). Contrary to what the opponents claim, this bill does not require any local government to adopt a PLA. In fact, this bill preserves the right of all sides to debate what obviously is a hotly contested issue. Seems fair to me — even democratic.”7

Although PLAs have many complex features, the most significant condition in most PLAs is that the unions agree not to strike or engage in other disruptive activities, and the contractors and their subcontractors agree to no lockouts for the duration of the construction project.8

The history of PLAs in the United States began with several dam projects in the 1930s, including Shasta Dam in California10 and Hoover Dam in Nevada. However, PLAs remain controversial.

Seven localities in California have banned the use of PLAs. Voter-approved initiatives have banned PLAs in San Diego County and in the cities of Chula Vista and Oceanside.11 Ordinances adopted by the Fresno City Council and boards of supervisors in Orange County, Placer County and Stanislaus County also ban PLAs.12

The main argument made by advocates to use PLAs in public sector construction is that PLAs reduce the risk of construction delays and increased costs caused by worker shortages or labor disputes, due to the no-strike provisions and the use of centralized referral systems or hiring halls to obtain workers.13 Advocates also maintain that PLAs foster positive communication channels to address worker concerns, grievances or disputes and resolve them quickly, thereby creating workforce continuity and stability at the job site.14

Opponents of PLAs have challenged the right of public entities to use PLAs in public sector construction on two bases: first, pre-emption under the National Labor Relations Act (NLRA); and second, alleging violation of state or local competitive bidding requirements that require public construction contracts to be awarded to the lowest responsible bidder.

Regarding the NLRA pre-emption, the U.S. Supreme Court has affirmed that public entities have the same options as private owners in deciding to use PLAs in construction projects.17 The NLRA explicitly permits employers in the construction industry — but no other — to enter into pre-hire agreements.18 In enacting exemptions authorizing PLAs in the construction industry, Congress intended to accommodate conditions specific to the industry, and the court saw no reason to expect that the construction industry’s defining features should depend upon the public or private nature of the entity that is purchasing the contracting services. “To the extent that a private purchaser may choose a contractor based upon that contractor’s willingness to enter into a pre-hire agreement, a public entity as purchaser should be permitted to do the same.”19 Therefore, PLAs that are included as bid specifications for public construction contracts are not pre-empted by the NLRA.

Regarding the allegation that PLAs violate state or local competitive bidding requirements, the various state courts tend to follow similar patterns.20 First, they consider the nature and scope of the project to determine whether the project is such that a PLA might facilitate the completion of the project at the lowest cost and with the best work.21 The courts seek to understand whether this is simply a routine project where a PLA might be desirable although not necessary, or whether it is a project of sufficient size, scope, complexity or duration that a PLA is in fact needed.22

Second, the courts tend to evaluate the agreement itself and the process through which the awarding authority came to see the PLA as necessary.23 The courts, recognizing that these agreements by their very nature limit competition, look to see whether the PLA serves the broader objectives and purposes of the given state’s or local public entity’s competitive bidding laws.24 The courts tend to consider why the awarding authority sought a PLA, what goals that authority thought the PLA would serve and whether the drafted language would serve to minimize the agreement’s negative effect on competition.25

Consistent with the pattern of analysis noted here, the California Supreme Court has held that PLAs do not violate competitive bidding law and found the use of a PLA to be valid in a public construction project to expand and renovate the San Francisco International Airport.26 The court observed that the purposes of competitive bidding laws are to secure competition, save public funds and guard against favoritism, improvidence and corruption.27

The court concluded that substantial evidence supported the adoption of the PLA bid specification as advancing legitimate governmental interests consistent with competitive bidding laws, including prevention of costly delays and ensuring contractors have access to skilled workers.28 Because the PLA, by its own terms, did not exclude contractors, union or nonunion, from bidding on the airport project, the court found that it was not anticompetitive.29 With respect to the San Francisco International Airport project, the substantial evidence that supported adoption of the

Finally, the court observed that future challenges to the imposition of PLAs as bid requirements must be reviewed on a case-by-case-basis for consistency with competitive bidding laws.31

Any public entity considering the adoption of a PLA bid specification must do so on a case-by-case basis, bearing in mind the competitive bidding laws and the project’s specific facts, such as size, scope, complexity, time sensitivity and the costs of delay. Additional considerations include SB 922’s prohibition of blanket bans of PLAs by public entities other than charter cities and the fact that for charter cities that have banned PLAs that meet SB 922’s provisions, the state withholds funding for such projects.

[1] Public Contract Code § 20162. Section 20162 requires competitive bidding on public work contracts when the expenditure exceeds $5,000. Charter cities that may not be subject to this statute typically have similar requirements in their charters or municipal codes. A bidder is responsible if it can perform the contract as promised. A bid is responsive if it promises to do what the bidding instructions require. MCM Construction, Inc. v. City and County of San Francisco (1998) 66 Cal. App. 4th 359, 368.

[4] “Constructing California: A Review of Project Labor Agreements,” p. 2, by Kimberly Johnston-Dodds (California Research Bureau, California State Library 01-010 October 2001). The author of this column takes no position on the debate over PLAs.

[7] SB 922 takes effect January 1, 2012. SB 922 provides a caveat for the provision related to withholding state funding: this provision does not become applicable until January 1, 2015 for charter cities that had bans in place prior to November 1, 2011.

[26] Associated Builders & Contractors, Inc., supra, at 358, 369-376. As a charter city, San Francisco enjoys autonomous rule over municipal affairs. The California Supreme Court did not have to determine whether state or local competitive bidding law applied because there was no conflict between state law and the San Francisco Administrative Code. Public Contract Code § 20128 required award to the “lowest responsible bidder,” and the San Francisco Administrative Code § 6.1 used the formulation “lowest reliable and responsible bidder.” Because there was no conflict, and therefore it would not have had an effect on the outcome of the case, the court did not determine whether the inclusion of the PLA in the airport project bid request involved a matter of statewide concern. Id., at 363-365.