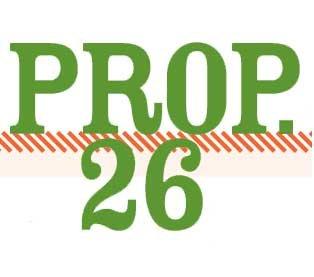 Proposition 26: An Executive Summary for The Layperson

Patrick Whitnell is general counsel for the League and can be reached at pwhitnell@cacities.org.

Much effort has been expended trying to explain and analyze the purpose and effect of Proposition 26, the so-called “Stop Hidden Taxes Initiative.” Wading into the morass of municipal finance is a daunting task even for the expert, and Prop. 26 adds another layer of complexity to an already complicated area. This article provides the non-expert with tools to gain a working knowledge of Prop. 26.

Prop. 26’s genesis occurred in 1997 with the California Supreme Court’s decision in Sinclair Paint v. State Board of Equalization.1 In this case, Sinclair Paint challenged a state fee imposed on companies that utilized lead to manufacture paint and other products. The fee was used to fund various state programs to address the impact of lead exposure on children. Sinclair Paint argued that this was not a fee but rather a tax, because Sinclair Paint did not benefit from any of the programs funded by the fee. Why is this distinction important? A fee may be adopted by the Legislature with a simple majority vote. A tax, on the other hand, requires a two-thirds vote of both houses for approval.

The court disagreed and held that the fee was not imposed by the state under its power to tax, but rather was imposed under its power to regulate to protect public health, safety and welfare (commonly referred to as the “police power”). Therefore the court concluded that if the fee bore a reasonable relationship to the burden imposed by those charged the fee and the fee did not exceed the cost of the program it was funding, then the fee was not a tax. It did not matter that the person paying the fee did not receive any benefit from the program being funded.

The Aftermath: The Rise of the “Regulatory Fee”

Business groups have long complained about regulatory fees. After the Supreme Court decision, they continued to argue that regulatory fees were nothing more than taxes, that they placed an unfair burden on businesses and that they were simply a way for the state and local governments to avoid the voting requirements imposed by Prop. 13 and Prop. 218. It’s no surprise that the California Chamber of Commerce was the main proponent of Prop. 26.

The best explanation of the proponent’s argument for why Prop. 26 was necessary can be found in the initiative’s Findings and Declarations of Purpose section, which reads:

This escalation in taxation does not account for the recent phenomenon whereby the Legislature and local governments have disguised new taxes as “fees” in order to extract even more revenue from California taxpayers without having to abide by [the] constitutional voting requirements [imposed by Prop. 13 and Prop. 218]. Fees couched as “regulatory” but which exceed the reasonable costs of actual regulation or are simply imposed to raise revenue for a new program and are not part of any licensing or permitting program are actually taxes and should be subject to the limitations applicable to the imposition of taxes.

Prop. 26 appeared on the November 2010 ballot and was narrowly approved by the voters with 52.5 percent of the vote.

The Rule: What Does Proposition 26 Do?

Prop. 26 is divided into two parts. One part addresses state fees and the other addresses local fees. Although the two parts overlap substantially, there are also significant differences. This article focuses exclusively on the part addressing local fees.

Prop. 26 is a constitutional amendment that introduces, for the first time, a definition of what constitutes a local tax:

As used in this article, “tax” means any levy, charge or exaction of any kind imposed by a local government …

Fortunately for cities, this all-encompassing definition is tempered by seven exceptions set forth in Prop. 26. These exceptions encompass most — but not all — fees or charges that a city may want to impose. Unfortunately, not all the exceptions are models of clear language, and the courts will likely be the final arbiter as to their meaning. The following section provides a brief synopsis of what these exceptions cover.

The Exceptions: What Proposition 26 Does Not Apply To

1. The Special Benefit or Privilege Exception provides that a fee imposed by local government that provides a special benefit to the person paying the fee or directly grants the person some privilege is not a tax. Common examples include fees for planning permits, restricted neighborhood parking permits, and entertainment and street closure permits.

2. The Government Service or Product Exception provides that a fee imposed for a specific government service or government product provided directly to the person paying the fee is not a tax. Some common examples are fees for parks and recreation classes.

3. The Licenses and Permits Exception provides that the following are not taxes: a fee imposed for issuing licenses and permits; and the costs of administrative enforcement of licenses and permits. Common examples include health and safety permits, building licenses, police background checks and permits for regulated businesses (such as massage establishments, card rooms, taxicabs and tow-truck operators).

4. The Local Government Property Exception provides that fees charged for the use of or entrance to local government property is not a tax. Some common examples are city facility room rentals, equipment rental fees, park entrance fees and golf greens fees.

5. The Fines and Penalties Exception provides that fines and penalties imposed for violations of the law are not taxes. Common examples include parking fines, code enforcement fines, library late return penalties and late payment penalties.

6. The Property Development Exception provides that a fee imposed as a condition of property development is not a tax. Some common examples are development impact fees, construction and grading permit fees, fees imposed by California Environmental Quality Act mitigation requirements, and Quimby Act and park mitigation fees.

7. The Prop. 218 Exception provides that property assessment and property-related fees that are already subject to the approval requirements of Prop. 218 are not taxes. Common examples include water and sewer rates and special district assessments, such as Landscape and Lighting District Act assessments.

Prop. 26 was approved by the voters on Nov. 2, 2010. With respect to the part addressing local fees, nothing in Prop. 26 explicitly or implicitly provides that it was intended to apply to local fees that were in place prior to that date. But if a local fee that existed prior to Nov. 2, 2010, is increased or extended after that date, the fee needs to be examined to determine whether it falls within one of the seven exceptions. If it does not fall within any exception, the increased or extended fee is subject to the voter-approval requirement.

Prop. 26 continues the line of initiatives, which began with Prop. 13, that place constraints on cities’ ability to raise revenues without first receiving voter approval. The seven exceptions in Prop. 26 help to significantly narrow its application, but its exact contours await future court interpretation. Therefore it is critical for cities to consult with their city attorney whenever they consider adopting a new fee or increasing or extending an existing fee.