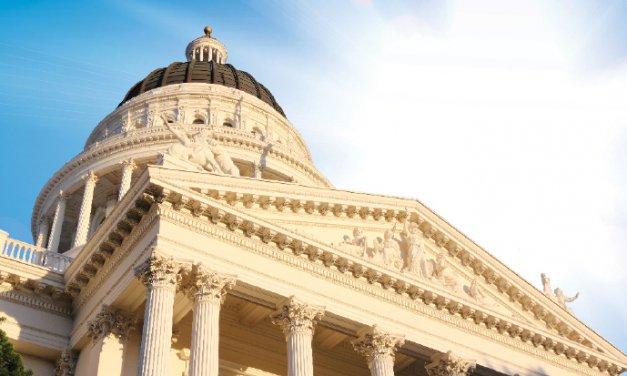 Of all the measures on the November ballot, the voters clearly recognized the benefits of Proposition 54, which passed by 64 percent and opens the door to a new era of legislative transparency. It will also benefit the League’s efforts to protect local control.

Most bills follow a laborious path through the Capitol, hearing by hearing, to receive approval on the floor and then cross to the other chamber to repeat the process. After this process is complete, a bill must pass scrutiny by the governor before being signed into law.

It’s a marathon by design, as proposals for new laws are analyzed, critiqued and refined in a process that is completely transparent, and all stakeholders — including groups like the League — have a chance to weigh in. That’s the legislative process as it is explained to the countless groups of schoolchildren who tour the Capitol.

Gut and Amend: A Problematic Shortcut

But observers of the Legislature are aware of a shortcut in this lengthy and transparent process: “gut and amend.” Using this shortcut, a legislator — often at the behest of a powerful interest group — takes a bill that has been progressing through the process, guts or removes all of the bill’s contents and amends it by inserting a brand-new and completely different proposal. The most adept users of gut and amend typically wait for a time of crisis with multiple distractions and rushed activity — for example, during the passage of the budget or the final days of the legislative session. At such times, if the right interest groups and key legislators are on board, a bill that has been gutted and amended can be moved in a matter of hours, sometimes late at night, without public review or hearings.

Prop. 54 won’t put the “gut and amend” game out of business, but it helps California voters, the media and the democratic process by shining some light on these activities. It requires all bills to be in print in final form for at least three days before the bill can pass a house in the Legislature. Though three days won’t halt all gut and amend activity, it will give more time for the media and stakeholder groups like the League to react to harmful proposals. If needed, the Legislature can still move quickly but only to respond to legitimate emergencies and disasters declared by the governor.

The measure also makes the legislative process more transparent by requiring the Legislature to post online a video record — within 24 hours — of every legislative meeting that is supposed to be open to the public. While many hearings are televised, sometimes those addressing sensitive topics are not. The videos will be kept online, freely available for public viewing, for at least 20 years. This will provide a valuable resource for the public, the media and the academic community and will help voters more closely track their legislators’ actions.

The League’s Role in the Measure’s Genesis

City officials played a vital role in crafting what ultimately became Prop. 54. They were upset about the passage in 2011 of SB 89, a gut and amend bill that swept away all remaining city shares of Vehicle License Fees. At the League’s 2011 Annual Conference, they adopted a resolution demanding increased legislative transparency. In response, the League helped craft and refine several legislative measures that were quickly killed; however, former Assembly Republican Leader and Senator Sam Blakeslee continued to focus on this issue after he was termed out of office. Blakeslee provided the major impetus behind crafting Prop. 54 and obtaining the financial backing needed to bring it to fruition.

The transparency provided by Prop. 54 will help produce better laws. The League thanks Sam Blakeslee and other supporters of the measure for putting this proposal before the voters, who value transparency and expect it from their elected officials at every level of government.