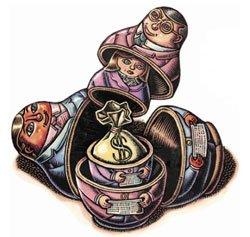 About four years ago, employer/taxpayer costs for public pension systems were skyrocketing. Then-Assembly Member Keith Richman (R-38) offered a proposal to amend the California Constitution and enact his version of a solution for addressing the alarming increase in pension costs. Governor Schwarzenegger embraced the Richman effort and echoed that serious public pension reform was needed to get pension costs under control.

Today, the calls for public pension reform are more restrained. Assembly Member Richman’s attempts at reform were swiftly killed in the Legislature. Given the Legislature’s politics, meaningful pension reform has a very slim chance of passage. Richman and others have threatened to launch initiatives to place pension reform on the ballot, but today there is no credible threat to do so. The next opportunity for a ballot measure on reform is in the 2008 election cycle, but a serious effort will have to be built to make this a reality.

Although he initially embraced public pension reform as part of a larger reform package, the governor dropped efforts to include it with other reform measures in the 2005 special election that he called. This signaled that pension reform was being relegated to the back burner.

After long consideration and many rumors, in late December 2006, the governor appointed a Post-Employment Benefits Commission, which will examine both public pension and other public sector post-employment benefits. The commission is charged with 1) assessing the fiscal viability of public pension and other debt from retiree benefits and 2) making recommendations to change any problems that are identified in its report. This likely means that any discussion of pension reform during this legislative session will be postponed while the commission is doing its work. Its report and recommendations are scheduled to be issued by Jan. 1, 2008.

So how did we get to this point and why does public pension reform keep rearing its head when the Legislature doesn’t appear to have the stomach to debate the issue?

The Push for Benefit Increases

During the mid- to late 1990s, when the stock market was producing enormous investment returns for public pension systems, public employee organizations pushed for substantial benefit increases. They argued that the stock market was producing benefits for the employers (through significantly reduced employer contributions to pension systems) and that some of this new cash infusion needed to go to employees in the form of benefit increases. The first wave of benefit increases that was passed by the Legislature raised benefits for state safety employees and established optional formulas in law for local safety employees. This was followed by a set of new and increased benefit options for local, non-safety employees.

It was argued at the local collective bargaining table that adoption of these new benefits would literally be “cost free” because of the substantial investment earnings of the pension systems. The state as well as many local governments adopted these new, enhanced benefit formulas. Local government officials claimed they had little choice but to adopt the higher pension benefits if they were going to remain competitive in the job market. When investment returns dropped suddenly, employer costs rose dramatically, and employers were left with the responsibility of funding not only the loss of investment earnings but also the increased costs of the higher pension benefits.

Despite a recent decline in the stock market, the volatility in pension costs appears to be settling down. Along with changes in actuarial methods adopted by the California Public Employees’ Retirement System (PERS) and other public pension plans, this has helped to reducethe volatility of employer rates — at least for now.

Does this mean that public pension systems have weathered the storm of stock market volatility and substantial benefit increases? The League contends that the public pension reform debate is not over simply because the cost is becoming more stable. Pension reform is alive and well and needs to be a key part of California’s public policy debate.

Public employers should be extremely vigilant about this issue. It’s likely that the more strident public pension reformers will demand that a fundamental change is needed in public pension systems and that among those changes must be a rollback, in part or in whole, of the benefit increases passed in the late 1990s and early 2000s. They will likely seek to have their reformproposals on a statewide ballot where the voters can decide on the future of public pension benefits.

This possibility of a ballot measure on public pensions is both a threat and an opportunity. It is an opportunity in the sense that the parties of direct interest can lead on the measure to ensure that a reasonable reform measure is crafted, preferably by the Legislature and signed by the governor. This proactive approach is a better alternative than more radical measures that hide behind the label of reform, but promote a more destructive agenda.

The League’s Position on Pension Reform

When the League entered this most re-cent debate on public pension reform, a task force of city officials was formed to develop recommendations. The task force was aided in its deliberations by actuaries and other pension experts, who helped review proposals and match the recommendations with sound actuarial practices.

The task force based its work on the following principles:

The task force made a number of recommendations for defined benefit plans, including the following:

These formulas would use an average of the employee’s last three years of salary to calculate the amount of highest compensation. All compensation that was previously calculated based on the employee’s highest year salary would be repealed for newly hired employees.

Additional recommendations of the task force include:

Is This the Calm Before the Storm?

The pension reform debate was quiet during 2006. Given the politics associated with this issue and the fact that it was an election year, this is understandable. However, city officials should not assume that pension reform is no longer in the public eye and that it is once again safe to divert attention to other more pressing public policy issues.

While the Legislature continues to be positioned to kill any proposed legislation that public employee unions oppose, there is always the very real threat of going to the ballot with an initiative. For better or worse, the initiative process has become the method of choice for setting public policy in California. Surveys indicate that the voters firmly believe they can make better decisions than the Legislature. The public pension reform issue is certainly vulnerable to this politically seductive but potentially destructive approach of “governing by initiative.”

In conclusion, the League restates its firm belief that it is in the best interest of public employers, public employees and the taxpayers to lead on the issue of pension reform — before a political opportunist with an agenda that goes far beyond reasonable public pension reform places a measure on the ballot that will do great harm. We hope that the governor’s newly formed Post-Employment Retirement Benefits Commission will catalyze this much needed discussion among the stakeholders.

We urge you to review the report that was developed by the League’s Pension Reform Task Force and endorsed by the League’s City Managers Department available online at www.cacities.org/pensionreport and do your part to keep this discussion alive at the local level.

This article appears in the May 2007 issue of Western City
Did you like what you read here? Subscribe to Western City