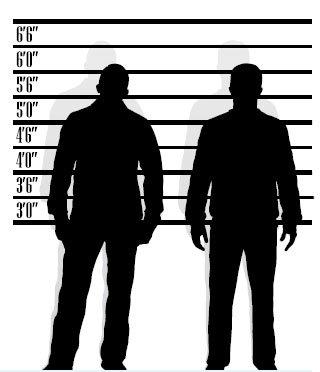 “Realignment” in Any Other State Would Be Called “Community Corrections”

I came to California in 1999 from Kansas, and I was often asked if I knew I was not “in Kansas anymore.” In response I sometimes talked about the six years I spent as the Douglas County administrator earlier in my career. Douglas County is an urban county by Kansas standards and provides a full range of county services, including a program called “community corrections.” When I took the job of county administrator in 1986 I had no idea that I was about to be part of an innovative experiment in helping keep incarceration costs and recidivism rates lower in Kansas.

I really had no prior exposure to corrections other than having studied criminal law in law school and having represented a few offenders at the state and federal penitentiaries in Kansas as part of a prison law clinic. So the idea of having any responsibility for a community corrections department was a bit intimidating.

Lessons From Kansas and Other States

About 30 years ago the Kansas Legislature looked at its spending curve on state prisons and did not like what it saw. Being good fiscal conservatives (and both parties were fiscally conservative, believe me), the legislators concluded that a growing share of the state budget (or increased taxes) would have to be devoted to building and operating prisons unless they made some major changes. Instead of continuing to build prisons, the Legislature decided Kansas would join a relatively small number of states at the time that were starting to deal with certain nonviolent felons and drug offenders at the community level.

The Legislature charged the Kansas Department of Corrections with providing state funding for 43 county-administered Community Corrections Departments to provide “intensive supervised probation” to nonviolent felons at a fraction of the cost of keeping them in state prison or county jail. Many of the programs provided services in multiple counties (Kansas has 105 very small counties).

The Douglas County Community Corrections Department still exists today and still provides intensive supervised probation to adults convicted of Level 5–10 offenses, which are predominantly nonviolent felonies, including drug offenses. Sentencing follows the Kansas Sentencing Guidelines Grid established in 1994. The program attempts to exclude people who have a long and serious history of resorting to violence and those who have a history of aggressive sexually deviant behavior.

According to the county, each offender is required to enter into an intensive supervised plan that may include vocational, educational and psychological or alcohol and drug treatment. The intensity of supervision ranges from jail work release and house arrest to frequent and unannounced contacts. Intensive supervision officers and surveillance officers make random curfew and drug/alcohol checks during evening and weekend hours.

Offenders are supervised based on a risk and needs scoring instrument that determines the appropriate supervision level. Through intensive supervision and counseling, the community corrections staff monitors offenders’ daily activities and provides opportunities for them to prepare themselves to remain law-abiding and contributing community members. If possible, they hold down jobs.

Offenders also are required to make regular restitution payments to victims and pay court costs. Additional fees may be paid by some offenders in the form of reimbursements to help defray program costs. Others are given the opportunity to pay off court-ordered costs by participating in the Community Service Work Program.

Community Corrections reduces recidivism. The University of Connecticut conducted a study that compared offenders placed in alternative community sanctions to incarcerated offenders; the outcomes proved that those placed in alternative programs showed substantially lower re-arrest rates, some as high as three to one. In another 2005 study, the Connecticut General Assembly found that two-thirds of offenders in the state’s Alternative to Incarceration network had not recidivated at the one-year follow-up point. In Kansas, community corrections programs have contributed substantially to a 7 percent drop in the prison population, a 50 percent reduction in parole revocations and a 36 percent reduction in new crimes committed by parolees. [Italics added for emphasis.]

Alternatives to incarceration are more equipped to fulfill the variety of needs of offenders at a lower cost than incarceration. In Cook County, Illinois, almost 70 percent of crimes in the county are drug-related, and 82 percent of those arrested test positive for a controlled substance; if drug treatment is delivered in the community as opposed to in prison, it not only provides offenders with necessary treatment and deters future drug-related crime, it costs approximately $20,000 less per person per year, as well. In 2007, Texas established 3,800 combined beds for residential and out-patient treatment within communities at a savings of over $210 million for the 2008–2009 fiscal biennium. Halfway Back, New Jersey’s community corrections program, assists parolees with job placement, various types of training, anger management and substance abuse treatment. In combination with the addition of risk assessment centers, it is estimated to have saved New Jersey taxpayers $14 million in fiscal year 2010.

So states like Kansas, along with Minnesota (the first), Texas, Illinois, Connecticut and others, have discovered that — when done correctly — community corrections programs can improve public safety and reduce public costs, recidivism and prison overcrowding. On the other hand, when done improperly, as some believe we are at risk of doing in California, it could be a disaster. So where are things right now in our state?

On April 4, 2011, Gov. Jerry Brown signed the first of several bills comprising what is commonly called in California the “corrections realignment” plan. According to the bills, the plan’s implementation depends on the provision of “community corrections grants,” but the source of the grants is not identified. After the governor and Legislature failed to agree on a tax extension package, nine months of funding was provided for the program in the 2011–12 budget year by a carve-out of slightly more than 1 percent of the state sales tax plus a small portion of Vehicle License Fee (VLF) funding. The sales tax portion of the funding package, however, has become the subject of a lawsuit by certain school groups who argue aggressively that 40 percent of that funding should be going to schools under Proposition 98.

The California corrections realignment plan — like most things in California, it seems —  is more sweeping and aggressive than similar efforts in most states. Instead of trying to accomplish a 7 percent decline in prison population over a gradual period as was done in Kansas, the California plan is largely driven by a need to drastically reduce prison populations by 25 percent (approximately 30,000 prisoners) over the next two years due to the U.S. Supreme Court’s recent decision on prison overcrowding. In short, the proposal is more an emergency embrace of community corrections than a carefully approached transition.

County and city officials are prudent to “trust but verify” before counties take on these responsibilities permanently and cities deal with the law enforcement and housing shortages caused by the program. Most critical to the program’s success is a firm, constitutional commitment to provide funding on an ongoing basis so counties and cities and their other programs do not suffer the consequence that local agencies so often experience of picking up ever-increasing shares of state-mandated programs.

This is precisely why the California State Association of Counties has announced its intention to sponsor an initiative to provide such constitutional protection. At the recent League of California Cities Annual Conference our voting delegates unanimously endorsed a resolution that, among other things, requests the Legislature to propose a ballot measure doing just that. I suspect we would support that ballot measure or a voter initiative doing the same thing, particularly if it addresses core municipal funding priorities such as the VLF, key public safety subventions and the front-line law enforcement costs associated with realignment.

The California community corrections model is a hybrid of traditional community corrections, which focuses on supervision of probationers — but with a new twist. As of Oct. 1, 2011, offenders who commit nonviolent, nonserious, nonsex (felony) crimes that would previously have incurred a prison sentence are now receiving a county jail sentence of up to three years. In addition, these same low-level offenders are no longer in state parole custody following their release — instead, county probation is responsible for their post-release supervision. The number of these low-level offenders is estimated to be roughly 30,000 in the first year of the realignment program.

Your Vigilance Will Be Essential

Any plan of this monumental scale that is put together this quickly and funded so poorly is bound to have flaws. For example, from a city perspective, where are the approximately thousands of former inmates who are no longer in state prisons or county jails going to live? With rents on the increase and redevelopment programs on ice due to legislative action in the last session (which is currently being challenged in court) along with federal and state affordable housing funds in short supply, there probably couldn’t have been a worse time to begin this social experiment. Moreover, city VLF funds that are mainly used for public safety have been diverted, and no direct funding has been provided to cities for their costs associated with implementing realignment.

Finally, given the short lead time to plan this massive transition and the fiscal and legal pressures driving it, mistakes will inevitably be made. The county personnel who are planning this brave new world will do their best to ensure that public safety is not at risk and real progress is made to reduce recidivism. They will need your eyes and ears to spot the early problems and to propose solutions. At a minimum, be sure to point out the problems so they don’t fester into a crisis.