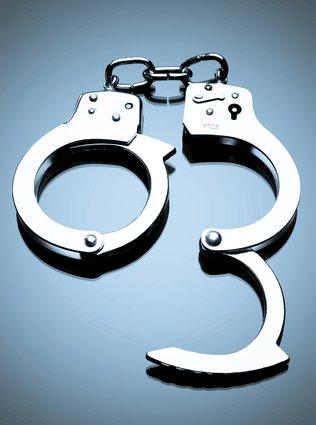 Realignment: How Cities Can Maximize Existing Powers and Recover Costs to Fight Crime

Matthew R. Silver is an associate with the legal firm of Best Best & Krieger LLP.

California’s Public Safety Realignment law, which went into effect a year ago, mandates that the state reduce the number of inmates in its prisons to 137.5 percent of the intended capacity by June 27, 2013. The legislation stemmed from a federal order issued by a three-judge panel, which was affirmed by the U.S. Supreme Court. The law essentially shifted responsibility for the supervision of low-level offenders — whose last offense was nonserious, nonviolent and nonsex-related — from the state to the local jurisdiction where they were originally sentenced.

At its core, realignment was intended to relieve California’s overcrowded prisons by:

Realignment implementation is under way throughout the state. During this process if cities experience an increase in crime, they can draw on their own police powers and certain state laws to abate problems at essentially no cost other than (in some instances) staff time. A city’s own police power can be used as the legal basis for adopting and enforcing local ordinances that define and regulate nuisances, aesthetics and certain criminal behaviors.1 In addition, specific state statutes empower cities to deal with problems ranging from drug use and prostitution to graffiti and gangs.

Community policing or comprehensive code enforcement strategies are particularly effective when criminal activity is related in some manner to real property, whether criminals are utilizing property for drugs, gangs, illegal sexual activity, counterfeiting, gambling or other criminal conduct. Property-related criminal activities negatively affect entire communities, perpetuating a vicious cycle of crime and blight. Consequently it is imperative that cities use every available tool to address the criminal conduct at its source. Cities may enforce certain existing state laws or adopt their own ordinances based on their specific needs in the following areas.

Drug activity. The California Drug Abatement Act2 allows cities, through their city attorney, to remove occupants from any building or place where any illegal drug activity occurs. The city may obtain an immediate order, prior to trial, requiring the building to be vacated and boarded against entry for up to one year. Violations of that order are punishable by fines up to $10,000 and six months in jail. In addition, any fixtures (such as a stove, refrigerator, etc.) in the building that were used for drug-related activities can be removed. Furthermore, a fine up to $25,000 may be imposed against each defendant, half of which is payable to the prosecuting city. The property owner may also be ordered to contribute to the city’s drug prevention programs. Finally, the city is entitled to recover all of its attorneys’ fees and investigation costs, including from the property itself through a lien.

Financial and intellectual crimes. When a person is convicted of counterfeiting or manufacturing, possessing or selling fake currency or goods, any nonresidential location where the activity took place may be shut down and boarded up for one year.4

Gang activity. A city can file a lawsuit against gang members through its city attorney under the California Street Terrorism Enforcement and Prevention Act.5 Every building or place in which gang members commit certain offenses, including robbery, murder, unlawful drug sales, rape, intimidation, theft or burglary, as well as any offense involving dangerous or deadly weapons, can be declared a public nuisance under this law. In addition, a fine may be imposed against individual gang members and the property owner, and the city may recover damages against the gang members on behalf of the community to improve the neighborhood. Attorneys’ fees are recoverable if the city has a properly worded ordinance. Gang injunction programs developed in cooperation with the local district attorney can be a very effective tool in combating gang crime.

Graffiti. In dealing with gangs and other criminals, cities may enact helpful ordinances that allow them to hold taggers or their parents, if the tagger is a minor, responsible for the damage they cause.6 The city may punish graffiti violations criminally or obtain damages for the cleanup costs and staff investigation time. Attorneys’ fees and investigation costs are recoverable, and the city’s award may be recovered by a lien, special assessment or even by garnishing wages. Civil penalties up to $1,000 may also be imposed for each act of graffiti.

Dilapidated buildings and/or properties. Properties occupied by criminals are more likely to be kept in poor condition, leading to increased blight and crime in the neighborhood. While many cities already have ordinances requiring that properties be adequately maintained, they should ensure their ordinances are sufficiently strict, specific and well-drafted to provide them with ample authority to use substandard buildings or lack of property maintenance as an effective method to proceed against criminals. Under such ordinances, cities can seek criminal enforcement, civil fines, injunctions, appointment of receivers, and even demolition of the buildings and foreclosure.

Sex offenders. Using their police powers, cities can enact ordinances restricting registered sex offenders who have been convicted of crimes against minors from engaging in conduct that leads to contact with minors — even including answering the door to Halloween trick-or-treaters. Violation of the ordinance is a misdemeanor, punishable by a fine of up to $1,000 and six months’ jail or probation.7

Other criminal conduct. Cities may enact ordinances that criminalize certain activities in which career criminals often participate and that affect the community’s quality of life. Some common examples include possessing an open container of alcohol or drinking alcohol in public, peddling goods or soliciting without a permit, selling or dealing goods close to a school, trespassing in a closed park and sleeping in public. The ordinance may declare these crimes to be misdemeanors punishable by a $1,000 fine and six months in jail. However, the most potent weapon is probation. Should a criminal violate an ordinance, a city prosecutor may seek probation, which could prohibit the criminal from violating any law in the future, associating with certain people (including other gang members), going to certain places, drinking alcohol or entering bars. Perhaps most helpful, a probation term may result in a defendant giving up his or her Fourth Amendment rights, allowing police to search the person as well as his or her home without probable cause or a warrant. Probation may last up to three years, and any violation can result in jail time, fines and/or additional probation. Thus, a typically minor violation may result in serious penalties and provide a city with additional tools to restrict some common criminal behaviors.

Cities may enact ordinances that allow for maximum cost recovery, which can result in neutralizing the costs of enforcement — including staff costs and attorneys’ fees — or even generating
new revenue.

To do so, the city must adopt an ordinance declaring that any violation of the municipal code, state law or federal law constitutes a public nuisance. The ordinance should also allow recovery of attorneys’ fees, staff wages and any other expense in any action taken to abate or prevent those nuisances, whether through criminal, civil, administrative or other means (such as execution of warrants resulting in abatement actions).8 Furthermore, the ordinance should allow the city to recover those costs through a lien or by placing them on the property tax rolls as a special assessment; an internal administrative hearing should be required only if requested by the violator within a specific time frame. Finally, the ordinance should stipulate that subsequent violations within a year will result in the fines, penalties or damages being tripled.9

Cities may also enact ordinances that allow them to impose administrative fines for each violation of the municipal code.10 Subject to certain limits, the fine amount (usually up to $1,000 per violation for general law cities) may be set by the city and recovered by lien or special assessment. The ordinance should provide that a fine may be imposed on each and every person responsible for the violation and may be imposed for each violation and each day it exists. Administrative fines, unlike those imposed in criminal cases, are paid to the city, and neither courts nor attorneys are required. Cities may even consider entering into regional agreements with neighboring municipalities to share resources, maximize expertise and personnel and minimize costs.

As the process of realignment continues to shift increased responsibility to the local level, city officials should keep in mind the available options for reducing crime. With properly crafted ordinances and an understanding of which remedy is appropriate for a specific situation, a city can target problems that arise and recover much — if not all — of its enforcement costs. Although using these tools comes with the drawback of impacting staff and attorney time, at least the costs associated with that time are often recoverable. The impacts, therefore, can be minimized while reducing crime and blight. For most cities this is a worthwhile effort.